Helen Morris is a former book editor, TV producer and the wife of Academy Award winning director Martin Scorsese. She is the fifth wife of the legendary director and they have been married since 1999. Although her mainstream media fame was the result of her relationship and marriage to Scorsese, she was an accomplished book editor long before that, working for the prestigious ‘Random House’ publishing company. In addition to that, she has also been the producer of the TV series ‘Daisy, Daisy’. She was even mentioned and given special thanks for her contributions in documentaries like ‘The 50 Year Argument’ and ‘Public Speaking’. However, Helen Morris prefers to stay away from the limelight. Immensely private about her life, she is not very active on social media either and doesn’t give a lot of interviews. She also suffers from Parkinson’s disease. Simultaneously, she is known for her philanthropic nature often reaching out to charities to offer help and aid. 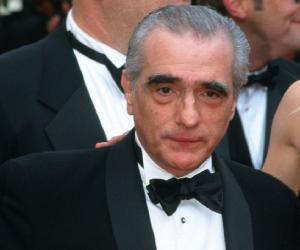 American People
Columbia University
Career & Fame
Belonging to an aristocratic family, Helen Morris grew up surrounded by art, literature, culture, history, and intellectual conversations. This influenced her greatly, as she herself was of exceptional intelligence. In 1989, she found herself working as an editor on ‘The Reader’s Catalog’. The enormous list cataloging 40,000 of the world’s greatest books at that time was an exhausting but enormously enriching experience for her.
However, in spite of having the education and aristocratic background, Helen Morris worked extremely hard to be recognized as a force to be reckoned with in the publishing world of New York. She later admitted in an interview that she was so busy with her work that life passed her by. She suffered a major setback in 1990, when she was diagnosed with Parkinson’s disease, a degenerative nervous system disorder. It is a testament to her mental fortitude that she only let herself worry for one night before moving on with her life. She knew the disease was going to be a part of her life from then on, but it wasn’t going to stop her.
It was this strength that found her getting even more obsessed with work, resulting in periods where she would ignore her surroundings or wake up at random times, and think of work. By 1995, she was living alone and working for ‘Random House’, involved with their in-house magazine. It is around this time she had a meeting with Martin Scorsese, in relation to editing the memoir of his late friend Michael Powell. Scorsese was single at that time after his last marriage ended in 1991 and so was Helen. Their first meeting ended with them barely acknowledging each other, in spite of Helen accompanying him to an event to promote the book.
Things soon changed as Martin noticed Helen in a meeting where he was busy editing his movie ‘Casino’. Her voice led him to notice her and he was immediately attracted by her beauty and intelligence. Helen found him interesting and funny as well. Things developed a bit more as Helen got involved in another ‘Random House’ editorial, this time dealing with Martin’s mother’s recipe book. They fell deeply in love after she went to Morocco, in 1996, to be with Martin, where he was filming ‘Kundun’.
Being in a relationship with Martin also brought her fair share of fame. In December 1996, they came back and Helen Morris moved in with Martin Scorsese. Everything just fell into place and later at the age of 51, she became pregnant with their child. They got married in July 1999 and welcomed their daughter in November. Helen is often seen appearing at red carpet events along with her husband and has also produced the TV show ‘Daisy, Daisy’ in 2001.
You May Like

The Sexiest Men Of 2020, Ranked
Continue Reading Below
Personal Life
Helen Schermerhorn Morris was born in 1947, in Manhattan, New York, USA, to Stephen Van Cortlandt Morris and Persis Mason Morris. Her father was a career diplomat in the US Foreign Service.
Helen’s exact date of birth has not been revealed to the media. She was married briefly when she was young and later divorced. She started studying at Georgetown University but quit after having a bad semester. Morris then started living in Paris, with her diplomat father, before returning to New York, to get a degree in Oriental Studies, from Columbia University. She started dating Martin Scorsese in 1995 and the got married on July 22, 1999. They have a daughter together named Francesca Scorsese, born November 16, 1999. She is also the step-mother to Scorsese’s two other daughters from previous marriages, Catherine and Domenica Cameron.