Kevin Spacey is an Academy Award winning actor best known for his role in ‘American Beauty’, in which he plays a typical middle-class family man in the throes of a midlife crisis. Acknowledged for his poignant performances onscreen, he is an actor who has effortlessly portrayed different types of characters across various genres of films. Even as a youngster he possessed a high level of energy and had the tendency to get dramatic at times. He was a rebellious teen and turned out to be a troublemaker which led to his expulsion from several schools. He finally found his calling when some of his school teachers recognized his potential and advised him to focus on acting and theatre. He became active in school productions and soon realized that acting was his true passion. He began his career as a stage actor and found considerable success which motivated him to try his luck in films and television. He made his film debut in the mid-1980s in a small role and found critical acclaim when he played the role of Roger "Verbal" Kint in the crime thriller, ‘The Usual Suspects’ which earned him his first Academy Award. Over the next few years he established himself as an actor of great caliber and also ventured into film direction and production Leonardo DiCaprio
26th July In History
DID WE MISS SOMEONE?
CLICK HERE AND TELL US
WE'LL MAKE SURE
THEY'RE HERE A.S.A.P
Quick Facts

American People
T V & Movie Producers
American Men
New Jersey Actors
Leo Actors
Childhood & Early Life
He was born as Kevin Spacey Fowler on July 26, 1959, in South Orange, New Jersey, U.S. His father Thomas Geoffrey Fowler was a technical writer and data consultant while his mother Kathleen Ann was a secretary. He has one brother and one sister.
He was a troublemaker as a young boy and was often expelled from his school. He first went to the Northridge Military Academy, then to the Canoga Park High School, and finally to Chatsworth High School in Chatsworth, Los Angeles, California from where he graduated valedictorian of his class, in 1977.
He became interested in acting while studying at the Chatsworth High School and starred in many of the school’s stage productions.
After high school he stared working as a comedian on the amateur comedy club circuit. He developed his celebrity mimicry skills and impersonated the likes of Johnny Carson, Al Pacino, and Christopher Walken.
He then enrolled in the drama program at Julliard in New York City in 1979 at the advice of a former classmate and studied there till 1981. 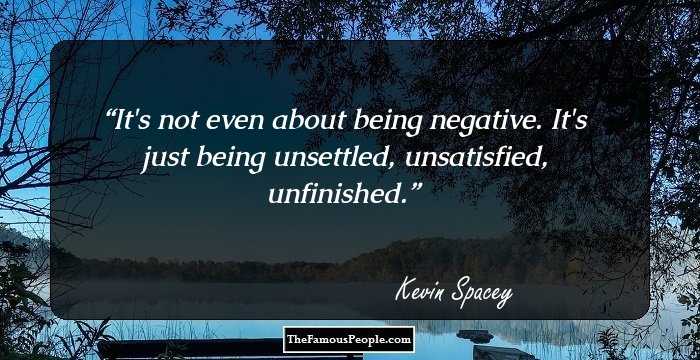 Continue Reading Below
Career
Kevin Spacey began his career as a stage actor and his first professional stage appearance was as a spear carrier in a New York Shakespeare Festival performance of ‘Henry VI, part 1’ in 1981.
Over the next few years he grew in prominence as a stage actor and was much appreciated for his acting skills and dialogue delivery. Following his success as a stage actor, he decided to venture into television and films.
He appeared in minor roles in several films during the late 1980s and was finally noticed for his acting talents when he played the role of Eddy Otis in the 1992 movie ‘Consenting Adults’. Around the same time, he also played small roles in television series such as ‘Wiseguy’ (1988) and ‘L.A. Law’ (1992).
He received a big breakthrough when he was offered the role of Roger "Verbal" Kint in the 1995 crime thriller, ‘The Usual Suspects’. He played the role of a con man who is one of only two survivors of a massacre and fire on a ship docked at the Port of Los Angeles.
Sam Mendes, the director of the film ‘American Beauty’ (1999) asked Kevin Spacey to play the role of the middle-age office worker Lester Burnham in the movie. Spacey accepted the role and his portrayal of the character garnered him much critical appraise and made him a superstar.
His success continued in the new millennium and he starred in several movies such as ‘The Shipping News’ (2001), ‘The United States of Leland’ (2004), ‘Recount’ (2008), and ‘The Men Who Stare at Goats’ (2009).
In 2011, he played the role of Chuck in ‘Inseparable’, a genre-bending Chinese film which also stars Gong Beibi and Daniel Wu. His involvement in the film made him the first Hollywood actor to star in a 100% Chinese-funded film. In the same year, he co-starred in the movie 'Horrible Bosses', which was a huge hit.
In 2013, he played the lead role of Francis J. "Frank" Underwood in the political drama television series ‘House of Cards’, which is based on the novel by Michael Dobbs.
In 2014, he played one of the lead role in the first-person shooter video game ' Call of Duty: Advanced Warfare'.
Continue Reading Below
In 2016, Kevin Spacey starred in two movies: 'Elvis & Nixon' and 'Nine Lives'. In 'Elvis & Nixon' he portrayed the character of President Richard Nixon.
In 2017, he started shooting for the movie 'All the Money in the World', in which he was supposed to play the character of American industrialist J. Paul Getty. However, after the allegations of sexual assault surfaced against him, it was announced that he will be replaced by Christopher Plummer. 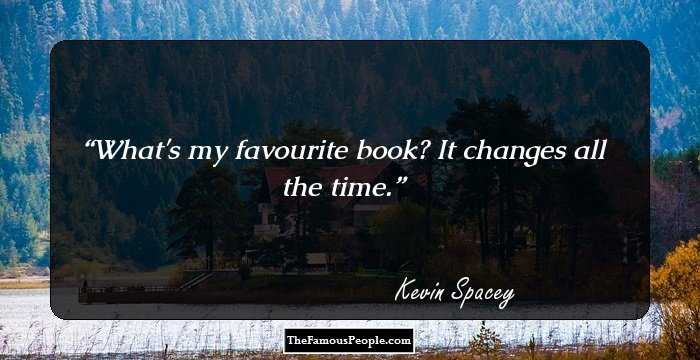 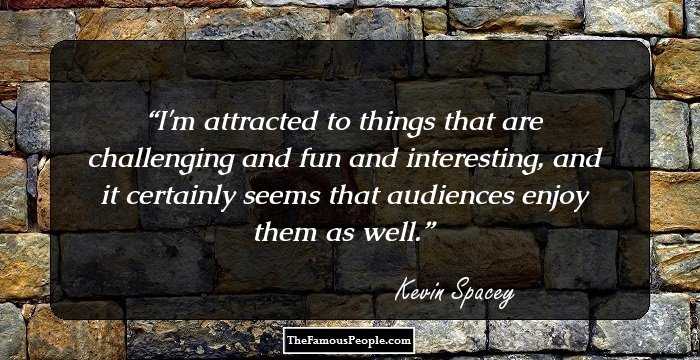 Allegations of Sexual Assault
In October 2017, actor Anthony Rapp accused Kevin Spacey of sexually assaulting him, in 1986, when Rapp was 14. Thereafter several other people made similar allegations of sexual abuse against Spacey. These include journalist Heather Unruh, filmmaker Tony Montana, and actor Roberto Cavazos.
As a result of sexual assault allegations, Netfilx severed its ties with Kevin Spacey and announced that Spacey will no longer be part of 'House of Cards' series.
On November 14, 2017, Kevin Spacey checked into a specialist treatment to seek evaluation and treatment for his behaviour.
Personal Life & Legacy
Kevin Spacey is someone who prefers to keep his personal life out of the limelight. The media often speculates about his private life given the fact that he is not married in spite of being a very successful and attractive man, but the actor does not let these speculations bother him.
In October 2017, following allegations of sexual assault against him, Kevin Spacey came out as gay and disclosed that though he has had romantic encounters with both men and women, he is now a gay.

Quotes By Kevin Spacey | Quote Of The Day | Top 100 Quotes

See the events in life of Kevin Spacey in Chronological Order