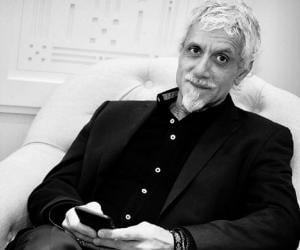 Who is Heidi Klum?

Heidi Klum is a German-American model, television host, actress and business woman. She originally wanted to be a dancer but persuaded by her friends, she applied for the contest, ‘Model 92’, in her native Germany and was lucky enough to win the competition that paved way for a successful career in modelling. Apart from being a model, she also explored her talent in acting and has made appearances in films like ‘Blow Dry’ and ‘Ella Enchanted’. She has also made her appearance in television sitcoms like‘How I Met Your Mother’, ‘Yes, Dear’, ‘Spin City’ and ‘Sex and the City’. As a designer, she has launched, ‘A Pea in the Pod’ and ‘Motherhood Maternity’, in the maternity lines and jewellery collection for QVC called, ‘Wildlife’. She has explored her avenues as an entrepreneur by her association with HKNB, widely known as ‘New Balance’ and made available a line of women’s wear on amazon.com. She has also proved her might as a singer by releasing her single, ‘Wonderland’, which became a great hit. She is a philanthropist who served as an ambassador in the 2011 Trick-or-Treat campaign. She also works for ‘International Red Cross’, ‘American Red Cross’ and the ‘Elizabeth Glaser Pediatric AIDS Foundation’. She also sings in concerts to raise money for humanitarian causes. American Women
German Women
Gemini Models
Female Models
Childhood & Early Life
Heidi Klum was born on June 1, 1973 in Bergisch Gladbach, Germany to Gunther Klum, an executive for a cosmetics company and Erna, a hairdresser.
When she was 18, persuaded by her friend, she submitted her photos for ‘Model 92’, a national model contest hosted by ‘Petra’, a young woman's magazine.
To her great surprise, she won the competition that offered her a modelling contract worth $ 300,000.
She graduated from Staatliche Hochschule für Bildende Künste (Städelschule), a fine arts academy in Frankfurt. 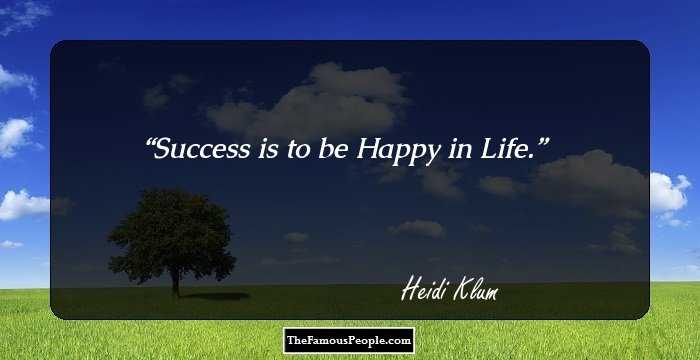 German Models
Gemini Actresses
American Models
German Actresses
Career
In 1993, she moved to New York, in pursuit of a career as a model. The next year, her appearance in the cover page of Mirabella magazine catapulted her in public attention and earned her more modelling opportunities.
In the subsequent years, she became the cover model for magazines like ‘Marie Claire’, ‘ELLE’, and ‘Vogue’.
Her major breakthrough came on February 20, 1998 with her swimsuit appearance that was featured on the cover of the illustrious weekly magazine, ‘Sports Illustrated’. This gave her recognition as one of the topmost models.
In 1999, she was offered the chance of modelling for Victoria’s Secret, the largest American lingerie retailer. This gave her worldwide recognition and ranked her with ‘Angels’, the model line of Victoria’s Secret who participate in annual television shows.
She pursued a career in Hollywood and made her appearance in television sitcoms in the United States and Germany.
In 2001, she appeared in ‘Blow Dry’, a comedy film starring Alan Rickman and Natasha Richardson.
She started her business venture in 2002 and released her swimsuit calendars in the United States and Europe.
In 2004, she managed to get roles in films like ‘Ella Enchanted’ and ‘The Life and Death of Peter Sellers’. The same year, she became the executive producer and hostess for ‘Project Runway’, the reality television show for design competition.
In 2006, she started hosting ‘Germany’s Next Top model’, a German television show that offered the contestants to win a contract with the IMG Models agency. She has also tried her hand in singing by releasing the single, ‘Wonderland’, the same year.
Continue Reading Below
In 2013, she was offered the opportunity to judge ‘America’s Got Talent’, a reality television show for singers, dancers, comedians, and magicians.
She has also designed and released products for maternity lines, jewellery collection for QVC, and active women wear for New Balance.
Recommended Lists:

American Actresses
German Fashion Industry
German Female Models
Actresses Who Are In Their 40s
Major Works
Her first single ‘Wonderland’, released in November 2006, written as television advertisements for Douglas, the retailer, was a great success. It reached No.13 on the German singles chart.She has been very successful in her design ventures. She has designed shoes for Birkenstock, jewelry for Mouawad, a clothing line for Jordache and makeup for Victoria's Secret as part of their 'Very Sexy Makeup Collection', titled 'The Heidi Klum Collection'. She also has two fragrances, called 'Heidi Klum' and 'Me'.
Recommended Lists:

German Women Film & Theater Personalities
American Female Film & Theater Personalities
Gemini Women
Personal Life & Legacy
On September 6, 1997, she married Ric Pipino, the famous stylist and hairdresser. The couple got divorced in November 2002.
She then had a relationship with Flavio Briatore, the MD of the Formula 1 team of the Renault. The couple got separated in January 2004, before the birth of their child Leni.
She fell in love with singer Seal and married him on May 10, 2005. The couple has two sons, Henry Gunther Ademola Dashtu Samuel and Johan Riley Fyodor Taiwo Samuel and a daughter named Lou Sulola Samuel.
After seven years of happy married life, the couple got divorced in April 2012. After the divorce, Klum started dating Martin Kristen, her bodyguard and was in a relationship with him till early 2014.
Since February 2014, she has been dating Vito Schnabel, son of artist and filmmaker Julian Schnabel.
Trivia
This contemporary German-American model is also good painter. She has dedicated her painting, ‘Dog with Butterflies’ to honour the rescue operation done by dogs in the aftermath of September 11 attack.
This model and host of the television show, ‘Project Runaway’ is also a great designer who has designed collections for Mouawad jewellery and Birkenstock shoes.
Victoria’s Secret sells a make-up range, ‘The Heidi Collection’, named after this famous model.

Primetime Emmy Awards
Recommended Lists:
Fashion #8
You May Like

See the events in life of Heidi Klum in Chronological Order