Harry Oliver McDermott is an English child actor, who shot to fame for his performance as Max Turner in the popular British soap opera ‘Coronation Street’. He was just four years old when he was cast in the show for the first time. For a child who has achieved international fame even before hitting the teen years, it would not be wrong to say that he was born to be a star. Harry is nothing short of a role model for young kids out there in the entertainment industry. From a very young age he has simultaneously managed both his school and career whereas even several adult stars struggle to maintain a work-life balance. Appearing regularly on the show for the last seven years, Harry has become close to the cast members, particularly the actress Paula Lane, who plays his mother. British People
Male Child Actors
British Child Actors
British Film & Theater Personalities
Scorpio Men
Career
Harry Oliver McDermott entered the entertainment business at an age when most kids spend their time playing with friends. He started acting at the tender age of four, when he bagged the role of Max Turner in the popular ITV soap opera ‘Coronation Street’. His first ‘Coronation Street’ episode was telecast on August 29, 2010, and he was instantly noticed. Since then he has regularly appeared in the soap opera for over seven years now. The character of his teenage mother Kylie Turner Platt in ‘Coronation Street’ is played by Paula Lane.
The soap opera ‘Coronation Street’ has been airing since 1960. It is considered to be the longest running television series in Britain. When Harry first appeared in the show as Max Turner, it was already into its 7413th episode. In his first episode, it was shown that Kylie visits Max at his foster parents' home on his birthday and disappears with him. Earlier, it was shown that before Kylie gave birth to Max, his father abandoned her. After his birth, social services took Max away from her and placed him in foster care.
In the ensuing years, the character of Max went through a lot of ups and downs in his life. Harry performed his character beautifully and managed to win the hearts of the audience across the world. With time, playing the character grew increasingly challenging with Max getting diagnosed with ADHD. As the character he played evolved, so did Harry as an actor.
As of 2018, Harry is in his eighth year with the show and is still going strong with the soap opera. Now it is to be seen how his character develops over the year.
You May Like

The Best Black Actresses Of All Time
Continue Reading Below
Personal Life
Harry Oliver McDermott was born on November 16, 2005, in Bury, Lancashire, England. He started acting at the age of four and has since then balanced his studies with acting. Currently, the young boy lives with his family. His parents have been fully supportive of his acting career. 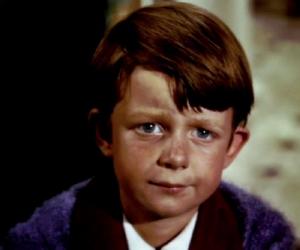