Milo Parker is a British child actor who has worked in films such as ‘Robot Overlords’ (2014), ‘Mr. Holmes’ (2015), ‘Ghosthunters on Icy Trails’ (2015), and ‘Miss Peregrine’s Home for Peculiar Children’ (2016). He made his debut in 2014 with ‘Robot Overlords.’ The science-fiction movie had him playing ‘Connor,’ the friend of the protagonist, ‘Sean,’ played by Callan McAuliffe. In his next film, ‘Mr. Holmes,’ he starred as ‘Roger Munro,’ alongside Ian Mckellen. ‘Roger,’ according to the plot, was the son of Mr. Holmes’s housekeeper, ‘Mrs. Munro,’ played by Laura Linney. For his role in ‘Mr. Holmes,’ Milo was nominated for the ‘Critics’ Choice Movie Award’ and a ‘Saturn Award.’ In ‘Ghosthunters on Icy Trails,’ he portrayed the character of ‘Tom Thompson.’ His last release, ‘Miss Peregrine’s Home for Peculiar Children,’ starred Eva Green, Judie Dench, and Samuel L Jackson. The movie featured him as ‘Hugh Apiston,’ a boy with bees living in his stomach. Milo currently appears in the British comedy–drama ‘The Durrells.’ The series features him as ‘Gerry Durrell,’ a teenager who is crazy about animals and eventually grows up to build a wildlife sanctuary to save animals from extinction. The series began airing in 2016 and is currently in its third season. British People
British Men
Libra Actors
British Actors
Child And Teen Actors
Childhood & Early Life
Milo Jared Parker was born in October 1, 2002, in Ipswich, UK.
His parents are fully supportive of his acting career. However, Milo handles academics with equal ease. He attends the ‘Farlingaye High School’ in Woodbridge. Milo had a tutor on the sets of ‘The Durrells,’ for his 15-hour private lessons that were fit in between shoots.
Milo has a sister named Amelie. His father accompanies him to his shoots. According to Milo, this is because his father does not want to let the job get to Milo’s head.
Milo trained at the ‘Youngblood Theatre Company’ in the UK before he got his big break.
Continue Reading Below
You May Like

The Sexiest Men Of 2020, Ranked
Career
Milo made his film debut in the 2014 British science-fiction film ‘Robot Overlords.’ Milo was only 12 years old when he starred in this independent movie.
The movie, originally titled ‘Our Robot Overlords,’ also starred legendary actor Ben Kingsley, along with Callan McAuliffe and Gillian Anderson. The plot narrates the tale of a powerful race of robots that takes over the planet and kills whoever steps outside his/her home.
The movie was released in the UK in 2015 but managed to earn only £4,147 in the opening weekend. However, the film’s dismal performance at the box office did not stop Milo from continuing his career in acting.
In 2015, he starred in the mystery film ‘Mr. Holmes,’ alongside Ian McKellen and Laura Linney. The movie was based on Mitch Cullin’s 2005 book ‘A Slight Trick of the Mind’ that featured the famous character ‘Sherlock Holmes.’
The movie had Milo playing the son of Holmes’s housekeeper ‘Mrs. Munro’s son. His character, ‘Roger Munro,’ played an important role in the plot.
In the movie, Holmes finds his brain deteriorating due to old age. The plot also focuses on the ups and downs of Holmes’s relationship with ‘Mrs. Munro’ and ‘Roger.’
The movie currently scores 7.2 out of 10 on ‘Rotten Tomatoes.’ It was screened at the ‘65th Berlin International Film Festival.’ Milo was appreciated for his work in the film.
His co-star and veteran Hollywood actor Ian McKellen was very impressed with Milo’s acting. He praised him during an interview, saying that Milo has no fear of the camera and does exactly what the director requires.
In 2015, he became part of the movie ‘Ghosthunters on Icy Trails.’ The film was a German–Austrian–Irish comedy, also starring Anke Engelke and Bastian Pastewka.
Continue Reading Below
Milo played the character of ‘Tom Thompson’ in the film. The movie was based on Cornelia Funke’s novel ‘Ghosthunters and the Incredibly Revolting Ghost.’
In 2016, he became part of Tim Burton’s fantasy film ‘Miss Peregrine’s Home for Peculiar Children.’ The movie starred Eva Green in the lead role. The movie also starred Asa Butterfield, Chris O’Dowd, Allison Janney, Rupert Everett, Terence Stamp, Ella Purnell, Judi Dench, and Samuel L Jackson.
The film was based on a novel of the same name, written by Ransom Riggs in 2011. Milo portrayed ‘Hugh Apiston,’ a boy with bees living in his stomach.
The film premiered at the ‘Fantastic Fest’ in Austin, Texas, in 2016 and earned approximately $296 million worldwide.
Milo soon bagged a role in the British comedy series ‘The Durrells,’ in which he appears as teenager ‘Gerry Durrell,’ a character based on the famous British naturalist, zoologist, conservationist, and author Gerald Durrell. Gerald founded the ‘Durrell Wildlife Conservation Trust’ in 1963 to save animals from extinction. The series is based on three autobiographical books of Gerald, which described the time that he, along with his family, had spent on the Greek Island of Corfu.
The series was first aired on April 3, 2016, and was appreciated by viewers. It had Milo starring alongside Keeley Hawes and Josh O’Connor. Keeley appeared as ‘Gerald’s mother, ‘Louisa Durrell,’ who, in the series, moves to Corfu with her four children due to financial problems. Presently, the series is in its third season.
Milo’s character in the series is that of an animal-crazy boy who is more mature than his age. He grows up and creates his own zoo and connects with other animal enthusiasts.
It was initially a bit intimidating for Milo to interact with the animals on the set. He remembers that he was most uncomfortable with the pelicans around him. He was also bitten by an oyster on the set, but he continued to work. Eventually, he became comfortable with the animals and started enjoying being around them.
Other Works
Inspired by Gerald and his dedication and love for wildlife, Milo became an ambassador for the ‘Durrell Wildlife Conservation Trust,’ which is based in New Jersey. His job is to raise awareness about the animals that are on the verge of extinction.
He explains that kids are usually addicted to Xbox and do not realize their part in the conservation of endangered species.
Awards & Achievements
As a young artist, Milo has achieved a lot in his career. He was nominated for the ‘Critics’ Choice Movie Award’ for the ‘Best Young Performer’ for his role in ‘Mr. Holmes.’ He was also nominated for the ‘Best Performance by a Younger Actor’ award at the ‘42nd Saturn Awards’ for the same role.
Personal Life
Milo is only 15 years old, and he is primarily focused on acting. He is reportedly not dating anyone at present.
His aspires to play ‘James Bond’ someday. He gets homesick too often while shooting away from his family.
He once stated that although his dad accompanies him to Corfu, where he shoots for ‘The Durrells,’ he misses his mother, his grandparents, and his friends.
He has a pet dog, a Toy Poodle–Shih Tzu cross named Cybil.
Milo currently lives in Suffolk with his family.
You May Like

See the events in life of Milo Parker in Chronological Order 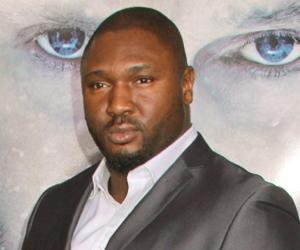