The famous designer of science fiction movie ‘Alien’, H. R. Giger is known for his surrealist and pioneering set-designs, sculptures and paintings. To know more about his childhood, career, profile and timeline read on. DID WE MISS SOMEONE?
CLICK HERE AND TELL US
WE'LL MAKE SURE
THEY'RE HERE A.S.A.P
Popularity Index
H. R. Giger
Quick Facts 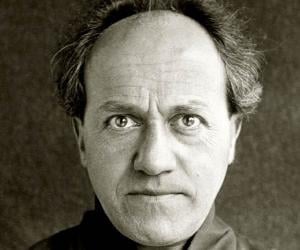 Albert Anker
H.R. Giger, one of the preeminent artists of Fantastic Realism, was a Swiss surrealist painter, sculptor and set designer known for his biomechanical creatures, extraterrestrial landscapes and disturbing, though memorable, imagery of grotesque sensuality. Enticed with the bug of creativity from an early age Giger went on to graduate with a degree in Interior and Industrial Design. Though his creations were surrealist and nightmarish, the sculptor himself was a warm and generous soul. Giger remained committed to his craft till the very end and was fondly remembered by his family, friends and acquaintances in the world of art and music. His name became synonymous with the science fiction movie ‘Alien’ in which he created the designs for the otherworldly creature. The movie changed the scenario of science fiction genre. Apparently Giger’s nightmares, which he used to scribble in his artist pad, were the source of inspiration for the design of ‘Alien’. In a career that spanned more than five decades, his designs graced museums walls, posters, books, album covers, furniture, entire buildings, several movie sets and more. But this generous and humble artist avoided the limelight and rather let his work speak volumes of his mastery. To know more about the life and works of the famous artist, sculptor and set-designer read on. Sculptors
Swiss Men
Swiss Artists
Male Musicians
Childhood & Early Life
Hans Rudolf "Ruedi" Giger, eventually known as H.R., was born Feb. 5, 1940, in Chur, Graubünden, Switzerland, as the second child to Melly Giger-Meier and Hans Richard Giger.
He and his sister, Iris, who was seven years his senior, were treated kindly by their parents. The family lived in a modest, somewhat dingy apartment above the pharmacy where his father, a chemist, worked.
His first exposure to the art world, pictures of Cocteau’s film, 'Beauty and the Beast', came in 1944 through magazines from American soldiers who, while recuperating from skiing injuries, rested in his home.
In 1946, he began school, first attending the ‘Catholic Marienheim’, but soon transferring to ‘Auntie Grittli’s Reform(ational) Kindergarten’.
He first encountered death when his father received a skull as a promotional gift, which Giger immediately claimed as his plaything.
After graduating from high school in 1958, he obtained a certificate in drawing, followed by a couple of years of practical training from an architect and developer as well as completion of military college as a mortar gunman.
From 1962 to 1965, he attended the ‘School of Applied Arts’, Zurich, graduating from the ‘Department of Interior and Industrial Design’.
Continue Reading Below
You May Like

Male Sculptors
Swiss Sculptors
Swiss Musicians
Aquarius Musicians
Career
Giger worked full-time as an office furniture designer for Andreas Christen from 1966 until 1968, producing some ink drawings, oil paintings and his first polyester sculptures in his spare time.
In 1968, he quit his job to devote all of his time to creating art, including a commission to create movie props, which included designing his first extraterrestrial being.
Switzerland's first poster printing company printed, with world-wide distribution, his first collection of posters in 1969, the same year of the first exhibitions of his work outside of Zurich.
Rock band ‘Emerson, Lake and Palmer’ commissioned him to create the cover of the 1973 album 'Brain Salad Surgery’.
In the 1970s, he began using an airbrush, becoming known as the world's leading airbrush artist, and developed his signature style of meticulously rendered, otherworldly visions of the macabre, depicted in murky grays and blacks.
Filmmaker Alejandro Jodorowsky commissioned Giger in 1976 to collaborate as part of an all-star production team on the legendary unmade film, 'Dune,' for which he designed the sci-fi world of ‘The Harkonnen’.
After viewing Giger's images published in 1977's 'Necronomicon', director Ridley Scott hired him for the production of the science fiction film, 'Alien'. The elaborate costume of the ‘Xenomorph’ creature in the movie included Rolls-Royce parts, rib bones and reptile vertebrae.
His first design of a total environment, the ‘Giger Bar’ in Tokyo opened in 1988, but, disappointed in its execution, he personally supervised the interior design and opening of a second bar in Chur four years later.
The official Giger Internet site, www.HRGiger.com, went online on March 19, 1996, with more than 200,000 visitors from over 100 countries in the first year.
Continue Reading Below
The four-story ‘H.R. Giger Museum’ opened in June 1998, in the Chateau St. Germain, in the medieval walled city of Gruyères, Switzerland, housing the world's largest collection of his artwork.
April 12, 2003, witnessed the official opening of the ‘H.R. Giger Museum Bar’, a 400-year-old space transformed by Giger's characteristically grotesque but somehow beautiful designs.
Beginning in 2004, major museums around the world honored him with a series of retrospectives of his works.
He worked up to his death, leaving an unknown quantity of unfinished and unreleased projects.
Recommended Lists:

Swiss Artists & Painters
Male Artists & Painters
Aquarius Artists & Painters
Aquarius Men
Major Works
The most well-known collection of his work, 1977's book, 'Necronomicon,' included the lithograph of a biomechanoid, 'Necronom IV,' which grabbed the attention of Ridley Scott and became the basis for the Xenomorph creature in 'Alien.'
The designs created for the title creature, all stages of its lifecycle, spacecraft and extraterrestrial environments in the 1979 film 'Alien' not only catapulted Giger into fame but transformed the science fiction movie genre.
Awards & Achievements
Giger's along with the special effects team on 'Alien' were honored with an ‘Academy Award for Best Achievement in Visual Effects’, on April 14, 1980.
On Dec 17, 2004, Giger received the prestigious award, ‘La Médaille de la Ville de Paris’, at Paris City Hall.
He was inducted into the ‘Science Fiction and Fantasy Hall of Fame’ in 2013.
Personal Life & Legacy
In 1975, his nine-year romance with actress and muse Li Tobler ended with her sudden suicide.
Married in 1979, Giger and first wife Mia Bonzanigo divorced only a year and a half later.
His second wife, Carmen Maria Scheifele Giger, and he wed in 2006.
On May 12, 2014, after a brief hospitalization, Giger succumbed to injuries sustained from a fall down stairs in his Zurich home.
Trivia
After his first nightmare and the onset of night terrors in 1970, he began using painting as a form of therapy, sometimes referring to his art as "self-psychiatry".
This famous set designer was afraid of flying, and director Ridley Scott had to persuade him to take a flight to the ‘Shepperton Studios’ in London at the onset of 'Alien'.
The punk band Dead Kennedys' use of Giger's 'Landscape XX', also known as 'Penis Landscape', in the packaging of their 1985 album 'Frankenchrist' led to a trial for obscenity.

See the events in life of H. R. Giger in Chronological Order 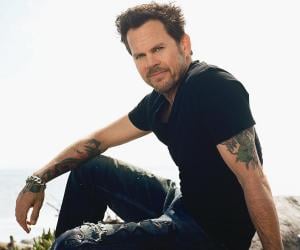