Guillaume Dufay was a celebrated French composer and music theorist of the early Renaissance who was universally considered during the 15th century as the greatest composer of his time. He was noted for both his sacred music as well as secular chansons and his compositions were performed and copied extensively. Dufay held several musical positions and was in the group of First generation of the Franco-Flemish School along with Jean Tapissier, Gilles Binchois and Antoine Busnois, a group most often known as the Burgundian School. Dufay composed many ceremonial motets for public celebrations including for the election of Pope Eugenius IV and the Treaty of Viterbo. The famous motet Nuper Rosarum Flores, considered an icon of Western culture, was composed by Dufay for consecration of the Florence Cathedral. He was noted for effectively synthesizing different styles in his music including that of the famous Missa Caput and the Contenance angloise. Surviving works from his rich oeuvre that comprised of almost every genre of polyphonic music from his time include seven complete masses, twenty-two motets, twenty-eight individual mass movements, eighty-seven chansons and twenty-seven hymns among other works. Adrian Willaert
DID WE MISS SOMEONE?
CLICK HERE AND TELL US
WE'LL MAKE SURE
THEY'RE HERE A.S.A.P
Quick Facts

Although birth details of the composer remains sparse, evidence gathered from his will suggest that Dufay was possibly born in Beersel, Belgium, tentatively on August 5, 1397, as the illegitimate child of Marie Du Fayt and an unknown priest.  Dufay’s mother relocated with him to Cambrai during his childhood and the two lived with a relative who was serving as a canon of the cathedral there.

The Cambrai Cathedral kept detailed records of all affiliated persons and since the Dufay family was associated with the institute, much of the information on Dufay’s early life came to light through such records. Dufay displayed his talent in music from an early age and this was recognised by the cathedral authorities which led him to get a thorough training in music. He came under the tutelage of Rogier de Hesdin during the summer of 1409. From that year till 1412, Dufay was listed as a choirboy in the cathedral and during such tenure he also studied under Nicolas Malin. Meanwhile, in 1411, possibly impressed by his talents, the authorities gave young Dufay a copy of Alexander of Villedieu’s famous Latin grammar textbook Doctrinale Puerorum, a highly uncommon incident considering his age.

In 1413-14, Dufay studied under Nicolas Malin and Richard Loqueville at the Cambrai Cathedral. Earliest compositions of Dufay were in all likelihood written under the influence and instruction of Loqueville.

He was given a benefice as chaplain at St. Géry in June 1414 when he was just 16. Dufay probably went to the Council of Constance, a 15th-century ecumenical council, held in present-day Germany from 1414 to 1418 in the Bishopric of Constance. Thereafter he returned to Cambrai in 1418.

Dufay served as a subdeacon at Cambrai Cathedral from November 1418 to 1420 following which he went to Italy, first in the city of Rimini and then to Pesaro. He worked for the House of Malatesta there and got introduced to other musicians of the household including Hugo and Arnold de Lantins. Many of Dufay’s compositions are traced back to this time as colloquial references to Italy are found in them.  He wrote the ballade Resvellies vous et faites chiere lye (Awake and be merry) for the marriage of Carlo Malatesta and Vittoria di Lorenzo Colonna in 1423.

Illness and thereafter death of his relative with whom his mother was staying led Dufay to return to Cambrai in 1424. He later went back to Italy by 1426. He started serving French Roman Catholic cardinal Louis Aleman in Bologna and became a deacon. He was serving as an ordained priest by 1428. Dufay left Bologna after Aleman was driven from the city same year by the rival Canedoli family. He went to Rome where he started serving as a member of the Papal Choir. He first served under Pope Martin V and following the latter’s death in 1431, Dufay served the position under Pope Eugene IV. With time Dufay earned fame as one of the most respected musicians in Europe. This led him to receive several honours from his homeland churches in the form of benefices. He left Rome amidst struggle between the papacy and the Council of Basel and during the financial crisis of the papal choir.

Dufay may have been the inventor of fauxbourdon, a technique of musical harmonisation used in the late Middle Ages and early Renaissance. He was a noted practitioner of the form. The earliest datable example of use of this form is found in Dufay’s four-voice motet Supremum est mortalibus that was composed for the treaty that reconciled differences between Pope Eugene IV and Sigismund, following which the latter was crowned as Holy Roman Emperor on May 31, 1433.

He served Duke Amédée VIII after being inducted as maistre de chappelle in Savoy in 1434. Later by 1435, he began his service with the papal chapel in Florence. The following year, he composed his most famous work, the festive motet titled Nuper rosarum flores (Recently Flowers of Roses/The Rose Blossoms Recently). It was composed for and performed during the March 25, 1436, consecration of the Florence Cathedral. Consecrated by Pope Eugene IV, the cathedral features the famous octagonal dome engineered by Filippo Brunelleschi that remains the largest brick dome ever constructed.

In April 1436, the papal court shifted to Bologna and by May 10 the following year, Dufay obtained a university law degree. As there is no evidence to support that Dufay studied law at Bologna, there is a possibility that the papal fiat granted him the degree.

He got a lucrative benefice close to his birthplace in September 1436. He also started his association with the House of Este during this time. He composed at least one ballade for the Marquess of Ferrara Niccolò III d'Este. After Niccolò’s death in 1441, the next Marquis not only stayed in touch with Dufay but also continued to support him financially besides copying and distributing some of his music.

Meanwhile by December 1439, he returned to Cambrai. An earliest document that referred to his presence in Cambrai was dated December 27, 1440. It mentioned about his receipt of a delivery of thirty-six lots of wine for the feast of St. John the Evangelist. He stayed there during the 1440s and was inducted in the service of the Duke of Burgundy. He remained actively involved in the general administration of the cathedral, and worked with French composer Nicolas Grenon on a complete revision of the polyphonic liturgical music of the cathedral.

He returned to Savoy in 1452 and remained in Italy for the next six years. During such time he spawned several compositions including the motet Lamentatio sanctae matris ecclesiae Constantinopolitanae, probably one of the four Lamentationes that he composed on the fall of Constantinople to the Ottoman Turks in 1453. During his tenure in Savoy, Dufay probably served as choirmaster for Louis, Duke of Savoy.

After returning to Cambrai, Dufay, by then the most famed composer of Europe, was inducted as a canon of the cathedral. He again became associated with the court of Burgundy and composed music for them. Several imminent composers including Johannes Ockeghem, Antoine Busnois, Loyset Compère, and Tinctoris, who played an instrumental role in development of the polyphonic style of the next generation, paid visit to Dufay.

Dufay composed almost every form of polyphonic music from his time starting from motets, masses, hymns, Magnificats, antiphons and simple chant settings in fauxbourdon from the sacred genre; and ballades, rondeaux, virelais and other chanson types from the secular genre of music. He composed his sacred music for voices and although instruments were used in some of his secular compositions, none of his extant composition is specifically instrumental. Most of his compositions are for three voices. He generally used the rondeau form for love songs and the secular songs he composed in his later years reflect influence of his younger contemporaries Busnois and Ockeghem.

Dufay’s mother passed away in 1444 and was interred in the Cambrai Cathedral. The following year, he shifted to the house of the previous canon which remained his primary residence till his death.

Dufay suffered from an illness for several weeks and passed away on November 27, 1474. Although he made a request that his famous motet Ave regina celorum be sung to him while he was on his deathbed and pleas for mercy be interpolated between verses of the antiphon, this could not be arranged due to insufficient time. He was interred in the chapel of St. Étienne in the Cambrai Cathedral and a portrait of the composer was carved on his tombstone. During the French Revolution, the cathedral was destroyed and Dufay’s tombstone was lost. It was later found in 1859 and presently finds place in the Palais des Beaux-Arts de Lille, one of the largest art museums in France.

He is counted among the last composers who used late-medieval polyphonic structural musical techniques like isorhythm, and among the first ones who used the more pleasing harmonies, phrasing and melodies typically found in works of the early Renaissance. Dufay earned widespread repute probably because of the perfect control he had on all the forms of music he worked in, as also for his remarkable and singable melody. He was considered the greatest composer of his time and the leading European composer by his contemporaries.

An early-music ensemble called the Dufay Collective from the UK that specializes in Medieval and Renaissance music was founded in 1987 and named after the composer. Size and personnel of the group that is directed by William Lyons varies as per the needs of the project. 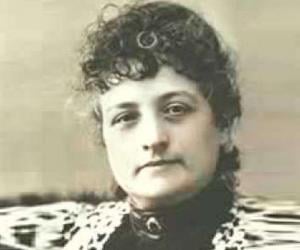 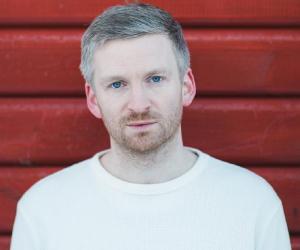