Orlande de Lassus was a renowned 16th century composer of Franco-Flemish origin. He was one of the most influential musicians of the 16th century and his works dominated European music during the Renaissance era. He composed several genres of music, and can also be considered today as the main representative of the mature polyphonic style of the Franco-Flemish school. He used to compose a variety of music including chansons, madrigals, hymns and lamentations. Being a devout Catholic, he was a master in the field of sacred music, but was equally good in works based on secular composition as well. However, his secular works were still impacted by the Catholic Counter-Reformation, which under Jesuit influence, was reaching a peak in Bavaria during that period. He popularized a musical style called “Musica Reservata”, which reached its peak of development during that period. Being a composer in several languages like Latin, French, Italian, as well as German, his lifetime work includes around 150 French chansons, 175 Italian madrigals, and 530 motets.
Continue Reading Below Belgian People
Male Musicians
Male Composers
Belgian Composers
Belgian Musicians
Childhood & Early Life
Orlande de Lassus was born in Mons, situated in the County of Hainaut, which is now situated in Belgium. He is believed to be born in the year 1532, though some scholars debate that he was born in 1530. Though not much is known about his parents and his childhood, there are stories about him being kidnapped several times because of his beautiful voice.
He used to work as a choirboy from an early age. At the age of twelve, along with his friend Ferrante Gonzaga, he went to Mantua in Sicily, and later, Milan, to learn and pursue his musical ambitions. There he got acquainted with Hoste da Reggio, a famous Italian composer, who influenced his musical style as well as his early career.
Continue Reading Below
You May Like

The Most Popular US Veterans
Career
During the early 1550s, Orlande de Lassus started working in Naples, as a singer and a composer for Constantino Castrioto, after which he moved to Rome, to work for Cosimo I de' Medici, Grand Duke of Tuscany.
His career advanced quite successfully, and soon he became the in-charge of music, of the Archbasilica of St. John Lateran, the Cathedral Church in Rome, Italy. This obviously, was not just an amazing achievement, but also a prestigious post for a man who was only twenty-one years old. Still, he didn’t stay in this post for more than a year.
After travelling across several countries like France and England, he finally returned to his native place in 1555. The next year, he got acquainted with Albrecht V., Duke of Bavaria, who was trying to create a musical establishment in Munich which would be at par with the ones in the major courts in Italy. Several composers included Lassus decided to work there and become a part of it.
Several years later, in 1563, Orlande de Lassus was appointed as Maestro di cappella (In-charge of orchestra). He was quite happy with this post and he remained in the service of Albrecht V for the rest of his life.
By the 1560s his fame had reached far and wide, and students from all over Europe were eager to study with him. Andrea Gabrieli, and Giovani Gabrieli, both famous Italian composers and organists, were his students for some time.
His fame continued to increase even outside of musical circles, and Emperor Maximilian II, conferred nobility upon him in 1570, a rare achievement for a composer. He was also knighted by Pope Gregory XIII.
Even though several kings and aristocrats gave him attractive offers as well as positions, he refused to leave his position in Albrecht’s court, as he not only found it quite convenient for himself, but also had peace of mind in Munich. This showed that Lassus had sincere love and devotion towards music than any kind of luxury or financial gains.
His final work ‘Lagrime di San Pietro’, (St. Peter’s Tears) which was dedicated to Pope Clement VIII, is regarded by many as one of his best works. However, he passed away before it could be published.
Major Works
His work ‘Lagrime di San Pietro’ (St. Peter’s Tears), which is a cycle of 20 madrigals, with a concluding motet, is not only one of the best works of Orlande de Lassus, but also an important work of the Renaissance era. Lassus had dedicated it to Pope Clement VIII. However, he passed away before it could be published. This work is also regarded as the best ‘Madrigale Spirituale’ ever written. It is also considered by scholars to be a big achievement of Renaissance polyphony.
He also worked in creating the famous musical work ‘Penitential Psalms’ which was published in 1584. These well-known Psalms are known for being expressive of sorrow of sin. These psalms have been daily recited in morning prayers for many years in the primitive Church. Translations of these Psalms were done by some of the most reputed poets of the Renaissance era like Sir Thomas Wyatt, Henry Howard and Sir Philip Sidney.
He contributed much to religious music, having written for settings of the ‘Passion’, one for each of the Evangelists, St. Mathew, Mark, Luke, and John. In addition, he also set the words of Christ and the narration of the Evangelist as chant, along with which he also set the passages for groups polyphonically.
Awards & Achievements
In 1570, Emperor Maximilian II conferred nobility upon Orlande de Lassus, after his fame had reached far and wide, even outside of musical circles. This was a rare honor for a composer to have, which is why it can be regarded as one of his best achievements.
He was also honored by Pope Gregory XIII, who appointed him Knight of the Golden Spur.
Personal Life & Legacy
While working in Munich for the Duke of Bavaria, Orlande de Lassus married Regina Wackinger in 1558. She was a daughter of a maid of Honor of the Duchess. They had two sons and one daughter. Both the sons followed in their father’s footsteps and became composers.
Lassus started experiencing serious issues with his health during the 1590s. Though he was taking treatment, it didn’t seem to help much. On 14 June 1594, his employer decided to terminate him because of financial reasons. The same day, Lassus passed away, before he could receive the letter. His final work ‘Lagrime di San Pietro’, also one of his best, was published posthumously the following year.
You May Like

See the events in life of Orlando Lassus in Chronological Order 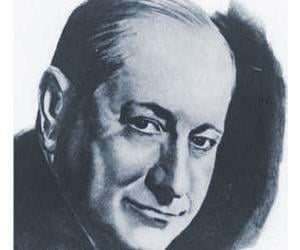