Graça Machel is a Mozambican politician, and social and human rights activist. She is the widow of the first President of Mozambique, Samora Machel, and also the widow of first President of South Africa, the legendary anti-apartheid revolutionary, political leader, and philanthropist, Nelson Mandela. Starting as the Minister for Education and Culture of Mozambique, Graça has held imminent political as well as apolitical positions in her life. She serves as the chairperson of Eminent Advisory Board of the Association of European Parliamentarians with Africa (AWEPA), the Chancellor of the African Leadership University, and the Chancellor of the University of Cape Town. She is member of ‘The Elders,’ an international non-governmental organisation founded by Mandela, and also a member of the Africa Progress Panel (APP) that advocates for equitable and sustainable development in Africa. An international advocate for the rights of women and children, Graça received several honours and accolades for her relentless humanitarian works. She was honored with the 'Honorary Dame Commander of the Order of the British Empire.' She is also an Honorary Fellow of the British Academy. 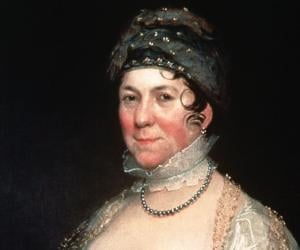 Abigail Adams
DID WE MISS SOMEONE?
CLICK HERE AND TELL US
WE'LL MAKE SURE
THEY'RE HERE A.S.A.P
Quick Facts

Mozambican
South African People
Political Activists
South African Women
Women Educators
Women Activists
Childhood & Early Life
She was born Graça Simbine on October 17, 1945, seventeen days after the death of her father, in rural Incadine, Mozambique, (then Portuguese East Africa). She was the youngest child among six children.
She attended Methodist mission schools and then joined the University of Lisbon in Portugal on a mission scholarship. She studied German at the university and it was there that she first became associated with the idea of independence.
Apart from her native Shangaan language, Graça can also speak English, Spanish, French, Portuguese and Italian languages.
Continue Reading Below
You May Like

The Sexiest Men Of 2020, Ranked
Career
In 1973 she returned to Portuguese East Africa and joined the Mozambique Liberation Front (FRELIMO). Although she had military training, Graça started teaching, first in FRELIMO held areas in the province of Cabo Delgado and thereafter at the FRELIMO School in Tanzania. She also worked with women and children. She was inducted Deputy Director of the Frelimo Secondary School at Bagamoyo in 1974.
Mozambique's independence was achieved in June 1975, after which she was appointed Minister of Education and Culture, a post she held till 1989. The percentage of children who joined primary and secondary schools doubled during her term in the ministry. She was also included as a Central Committee member of FRELIMO.
She has worked in relocating displaced orphans and empower women of Mozambique in her capacity as Chairman of National Organization of Children of Mozambique. She has also served as President of UNESCO’s National Commission in Mozambique. She was one of the delegates of the UNICEF Conference in 1988 and was also on the steering committee of the World Conference on Education for All in 1990.
She formed the Association for Community Development (ADC), an indigenous nongovernmental organization in 1990. ADC became the Foundation for Community Development, the first endowed grant-making foundation of Mozambique in 1994.
Graça is the President of this only social and economic development foundation of the country that fund and operate programs in nine out of ten provinces of Mozambique.
In 1994, the Secretary General of the United Nations (UN), Boutros Boutros-Ghali, inducted her as an expert to chair the study of impact of armed conflict on children. The groundbreaking report of Graça that she prepared from 1994 to 1996, travelling and investigating children’s plight in countries troubled by war prompted the General Assembly to authorize the Secretary General in inducting a Special Representative on the matter.
The UN awarded her the Nansen Medal in 1995 in recognition of her remarkable and relentless humanitarian service, especially for the cause of refugee children.
The study, to aid young civil war victims of the country, chaired by Graça was published on November 11, 1996 by the UN. The rehabilitation recommendations made by her led UNICEF to start resettlement of the children who got displaced and also create funds for their re-education.
In 1997 she was made Honorary Dame Commander of the Order of the British Empire DBE.
Continue Reading Below
Her contributions and services in the field of human rights protection made her one of the two recipients of the annual North–South Prize awarded by the North-South Centre of the Council of Europe in 1998. She received several other awards and honours for her humanitarian work. These include the InterAction's humanitarian award in 1997; World’s Children’s Prize along with Mandela in 2005; and a major award from CARE.
Since 1999, she serves as Chancellor of the University of Cape Town.
In 2006 she was conferred honorary doctorate of Humane Letters by the University of Massachusetts.
She is a member of the Swiss-based foundation the Africa Progress Panel (APP) that was formed in 2007. It includes group of ten notable individuals and aims at bringing positive change in Africa by using individual capacity of panel members as also through publications of the foundation. The annual Africa Progress Report of the foundation chalks out matters that need immediate attention and also propose certain policies in this regard.
She is also a member of the international non-governmental organization ‘The Elders’ that includes prominent public figures including elder statesmen, human rights advocates, and peace activists, brought together by Mandela in 2007. Announcement of formation of the group that works on thematic and geographically specific subjects was made by Mandela on July 18 that year in Johannesburg, South Africa on his 89th birthday.
Graça is especially associated with the activities of ‘The Elders’ on the issue of child marriage that includes launch of one of the main initiatives of the organisation ‘Girls Not Brides: The Global Partnership to End Child Marriage’ in 2011. It is an international non-governmental organization that aims at ending child marriage across the globe.
In March 2008 the University of Stellenbosch bestowed her with Doctor of Philosophy (DPhil) Honoris Causa while on November 14 that year she was conferred Doutora Honoris Causa by University of Évora.
In 2012 she became President of the School of Oriental and African Studies, world's leading institution for the study of Asia, Africa and the Middle East situated at the University of London. The institution has produced imminent personalities like heads of states, diplomats, government ministers and a Nobel Peace Prize Laureate.
She serves as Chancellor of the African Leadership University since 2016. A network of tertiary institutions, this university aims at developing next generation of African Leaders.
An honorary academic title was conferred to her by the British Academy, the national academy for the humanities and the social sciences of the UK by electing her as an Honorary Fellow of the British Academy (HonFBA) in July 2017.
Her present endeavours includes serving as the chair of the Eminent Advisory Board of the Association of European Parliamentarians with Africa (AWEPA), an international parliamentary association founded by European parliamentarians; and also as the chair of multi-constituency partnership ‘The Partnership for Maternal, Newborn & Child Health’ (PMNCH) hosted by the World Health Organization.
Personal Life
She married the first President of Mozambique Samora Machel in September 1975, three months after Independence of the country. Together they had two children, daughter Josina born In April 1976 and son Malengane born in December 1978. Samora Machel succumbed to a plane crash on October 19, 1986, in Mbuzini, Lebombo Mountains, South Africa.
In July 18, 1998, she married the first President of South Africa, Nelson Mandela, in Johannesburg on his 80th birthday. Mandela died on December 5, 2013 after suffering from a prolonged respiratory infection. Graça is the only woman till present who had been the First Lady of two countries.
You May Like

See the events in life of Graça Machel in Chronological Order 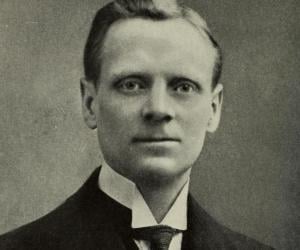 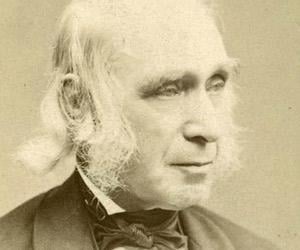