Amos Bronson Alcott was an American teacher, writer and one of the most respected transcendentalists of the 19th century. He is best known for his work as a teacher, where he proposed and practiced a new form of education that eschewed stiff manners and physical punishment in favor of a nurturing and constructive environment. He educated himself through much of his long life and believed that education should encourage the child mentally, morally, spiritually, and physically. But his ideas were met with cynicism and he was termed as an eccentric professor unable to impart appropriate knowledge to his students. Later in life, he published his experience in some of his books and authored several other works. He was a vegan who believed that utopia could be achieved on Earth, even going so far as to start a community to achieve his ideals. But the community failed after a short time and his family remained in poverty until his daughter, Louisa May Alcott, became a world-renowned author. During his lifetime, he pioneered a gentler style of teaching based on respect and familiarity between educator and pupil and supported a number of movements including veganism and abolitionism. He was a visionary with a brilliant mind and despite facing numerous social challenges in life, dedicated his life towards the progress of the society. American People
American Men
American Educators
Sagittarius Men
Childhood & Early Life
He was born on November 29, 1799 in Wolcott, Connecticut, to Joseph Chatfield Alcott, an uneducated farmer and his wife, Anna Bronson Alcott. He was the oldest child in the family of eight children.
His small rural town had only a one-room schoolhouse that taught basic reading and writing. He left the school at the age of 10.
At the age of 13, his uncle, Reverend Tillotson Bronson, offered to educate and prepare him for college, but he abandoned his uncle’s house after one month and relied on self-education thereafter. 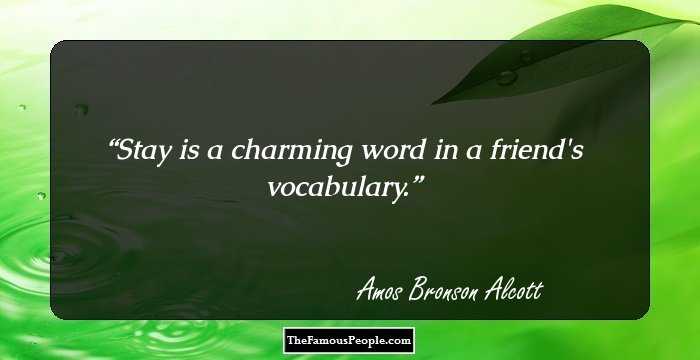 Who Is The Most Popular BTS Member?
Career
Initially, he worked for a well-known clockmaker at the age of 15. When he was 17, he earned his teaching certificate but, upon finding no suitable positions, instead became a traveling salesmen in the American South.
Life as a peddler brought in a small income, but he began to worry about its effect on his soul. In 1823, he returned to Connecticut in debt and found a teaching job with the aid of his Uncle Tillotson.
He quickly developed a new style of teaching and renovated his school for the comfort of his pupils. The unorthodox strategies he practiced were greeted with skepticism, and he moved to several different cities such as Bristol, Boston and then to Germantown in search of a more receptive community, but was unsuccessful in his attempt.
In 1834, he opened a school in Boston with 30 students, mostly from wealthy families. Due to his unconventional teaching policies and eccentric religious beliefs, which he imparted to his students, parents removed their children from the school and the school was shut down.
His string of failures were capped when he admitted an African American student into his later ‘parlor school’ and refused to expel him on protests of the parents.
Later, he began a Utopian commune called Fruitlands with financial support from his friend Charles Lane. But it failed ultimately and was closed down due to the poor quality of its soil, food shortages and accompanying unrest in the inhabitants.
Amidst a storm of controversy, his family moved to Concord Massachusetts in 1844. In Concord, his daughter, Louisa May Alcott, began writing in earnest. Later in life, she became a renowned author and restored the family’s financial stability.
With the improvement in financial condition, he further developed his philosophical positions and became an active progressive advocate and a leader of the Transcendentalist movement.
He published several philosophical works and memoirs in his old age, though they were said to pale in comparison to his powers of conversation.
Continue Reading Below 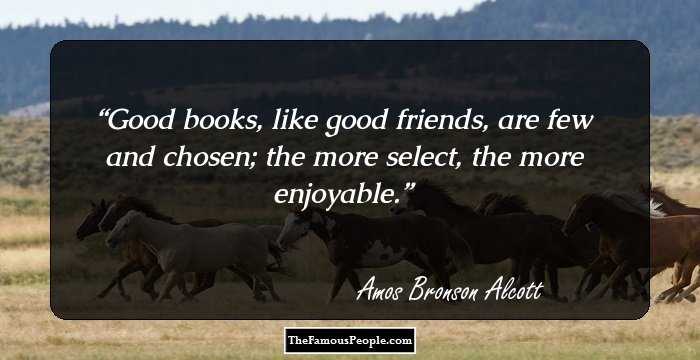 Quotes: Friends, Like, Books
Major Works
He was one of the earliest and most prominent vegans, even before the term was coined. He advocated that diet held the key to human perfection and connected physical well-being to mental improvement.
In 1834, he established the first ‘progressive school’ in America, Temple School. He avoided orthodox punishment for students and encouraged conversationalist style for educating them. His teaching style would later be widely adopted, as would his stances on race and women's rights.
Personal Life & Legacy
He married Abby May, sister of an American reformer, Samuel Joseph May, on May 22, 1830 without the consent of his family. Joseph performed their marriage ceremony at King's Chapel.
They were blessed with four daughters; Anna Bronson Alcott (1831), Louisa May Alcott (1832), Elizabeth Sewall Alcott (1835) and May Alcott (1840). Their only son was born in 1839, but lived only a few minutes.
His daughter Elizabeth May Alcott, died in 1858, at the age of 22, after contracting scarlet fever. His youngest daughter, May Alcott, a respected artist, died shortly after giving birth to her daughter in 1879.
His most well-known daughter was Louisa May Alcott, an acclaimed author still widely read today. She is most known for her acclaimed novel, ‘Little Women’, which is inspired from the years they spent at Orchard House, Concord.
His wife died on November 25, 1877 in Concord. After her death, he never returned to Orchard House as he was too heartbroken to live there.
He died on March 4, 1888 in Boston, Massachusetts at the age of 88. Louisa May followed him only two days later. 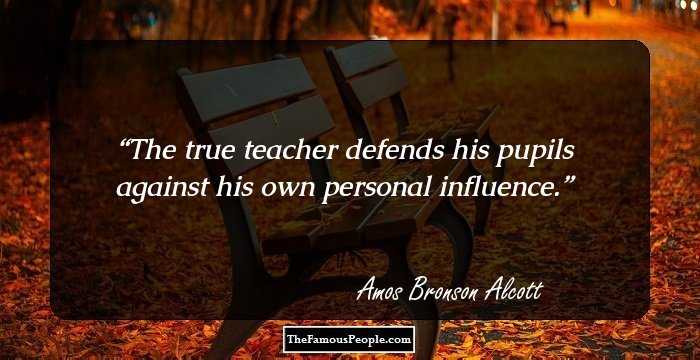