Gianna Bryant was an American middle school basketball player who played for Harbor Day School in Newport Beach, California. She was the daughter of popular basketball player Kobe Bryant and his wife Vanessa Bryant. She passed away at the age of 13 when she was involved in a helicopter crash alongside her father on January 26, 2020, near Calabasas, California. Gianna Bryant was a promising young talent and one of the most popular basketball players at Harbor Day School. Apart from representing her school, she was also an important member of the Mamba Sports Academy where she received training from her father. Gianna and Kobe Bryant’s untimely demise shocked many basketball lovers and their death was mourned by millions across the world. Cause of Death: Helicopter Crash 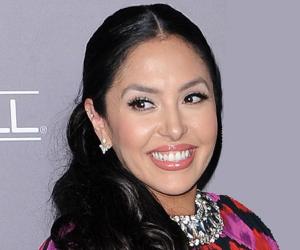 Gianna Bryant was born on May 1, 2006, in Los Angeles, California, USA, to Vanessa Laine Bryant and Kobe Bryant. She was raised alongside her sisters, Natalia, Bianka, and Capri. Her mother Vanessa worked as a model, while her father Kobe Bryant was a famous basketball player who won five NBA championships with the popular NBA team Los Angeles Lakers. As she grew up watching her father play basketball, Gianna developed an interest in the sport at a young age and wanted to follow in the footsteps of her famous father.

Gianna Bryant was close to her father and enjoyed spending time with him. She often attended WNBA, UConn, and Los Angeles Lakers’ games along with her father. Kobe too was fond of Gianna and always spoke about how Gianna was a female version of him. On January 26, 2020, Gianna and her father boarded a Sikorsky S-76 helicopter at John Wayne Airport in California and started their journey towards Camarillo Airport to witness a basketball game at the Mamba Academy in Thousand Oaks. Unfortunately, the helicopter crashed into one of the mountains in Calabasas, killing all nine occupants including Kobe and Gianna. The news of their tragic death spread like wildfire and was mourned by millions across the world. On February 5, 2020, Harbor Day School retired Gianna Bryant’s jersey number 2. Several fan pages were also created across social media platforms, honoring Gianna Bryant’s life.