Giancarlo Giuseppe Alessandro Esposito is an actor and filmmaker from America, who is best known for his portrayal of Gus Fring in the AMC shows ‘Breaking Bad’ and ‘Better Call Saul’. A native of Copenhagen, Esposito relocated to the United States when he was six years old. He was a student of Elizabeth Seton College in New York, from where he received his degree in radio and television communications. At the age of eight, he started his stage career by appearing in a Broadway production of ‘Maggie Flynn’. In 1979, he had his big screen debut in the sports drama ‘Running’. Over the course of his career, he has appeared in films like ‘Fresh’, ‘Harley Davidson and the Marlboro Man’, ‘The Usual Suspects’, and ‘King of New York’. Between 1971 to 1977, he served as a singer on ‘The Electric Company’, a children’s show that aired on PBS. Esposito has directed two films to date, ‘Gospel Hill’ and ‘The Show’. For his outing as Gus Fring, he received the Best Supporting Actor in a Drama award at the 2012 Critics' Choice Television Awards. Chris Carmack
DID WE MISS SOMEONE?
CLICK HERE AND TELL US
WE'LL MAKE SURE
THEY'RE HERE A.S.A.P
Quick Facts 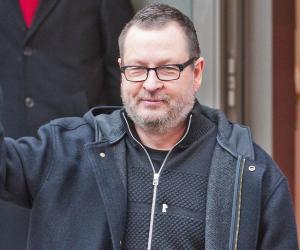 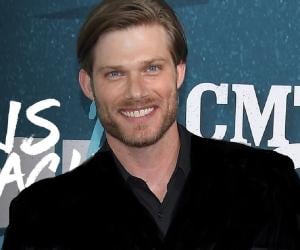 American People
Danish People
American Men
Danish Men
Taurus Actors
Danish Actors
Childhood & Early Life
Born on April 26, 1958, in Copenhagen, Denmark, Giancarlo Esposito is the son of Giovanni Esposito and Elizabeth Foster. His Neapolitan father worked as a stagehand and carpenter while his African American mother sang in operas and nightclubs. He has a brother named Vincent.
After spending the first six years of his life in Denmark, Esposito relocated to Manhattan, New York with his family. He studied at Elizabeth Seton College in New York, from where he got his two-year degree in radio and television communications.
Continue Reading Below
Career
Giancarlo Esposito got his start as an actor on stage. When he was eight years old, he made his first Broadway appearance, portraying a slave child in the short-lived musical ‘Maggie Flynn’. Also starring Shirley Jones, the plot of the play develops against the backdrop of the New York Draft Riots of 1863.
In 1970, he was hired as a voice actor in the short film ‘Et Salammbo?’ This was his first job in the industry. From 1971 to 1977, he served as a young singer on PBS’ children show ‘The Electric Company’.
He had his cinematic debut in 1979, in the sports drama ‘Running’, which also starred Michael Douglas, Susan Anspach, and Lawrence Dane.
Esposito worked with the Academy-Award-winning writer-director Spike Lee for the first time in the 1988 musical comedy-drama film ‘School Daze’. His outing as Julian "Dean Big Brother Almighty" Eaves, the leader of the Gamma Phi Gamma Fraternity, in the movie proved to be his breakout performance.
He went on to work with Lee in several other films, including 'Do the Right Thing' (1989), 'Mo' Better Blues' (1990), and ‘Malcolm X’ (1994).
Between 1993 and 1994, he portrayed Det. Paul Gigante in Fox’s short-lived sitcom ‘Bakersfield P.D.’ In 1995, he shared screen space with Stephen Baldwin, Gabriel Byrne, Benicio del Toro, and Kevin Spacey in Bryan Singer’s ‘The Usual Suspects’.
In 1998, he was cast as FBI agent Mike Giardello in the final season of NBC’s critically acclaimed police procedural drama series ‘Homicide: Life on the Street’.
In 2001, he portrayed two historical characters in two critically acclaimed films. In ‘Piñero,’ he was cast as the Puerto Rican poet, educator, and writer Miguel Algarin while in ‘Ali’, he played the titular character’s father, Cassius Marcellus Clay, Sr.
Between 1996 and 2005, he appeared in four episodes of ‘Law & Order’. Some of his other TV roles are of Sidney Glass / Magic Mirror in ABC’s fantasy drama series ‘Once Upon a Time’ (2011-17), Tom Neville in NBC’s post-apocalyptic series ‘Revolution’ (2012-14), and the narrator on Netflix’s comedy-drama series ‘Dear White People’ (2017-present).
In recent years, he has appeared in films like the ‘Maze Runner’ movies, ‘Money Monster’ (2016), ‘Brother Nature’ (2016), and ‘Okja’ (2017). In the 2016 version of Disney’s ‘The Jungle Book’, he provided the voice for Akela.
Esposito is set to star in James Franco’s directorial venture ‘The Long Home’; Cinemax’s action drama series ‘Jett’; comedy-drama film ‘Stargirl’; ‘The Mandalorian’, a TV series set in the Star Wars Universe; action thriller ‘Live!’; and musical drama ‘Coda’.
Esposito made his directorial debut with the 2008 film ‘Gospel Hill’. He has also directed the 2017 drama film ‘The Show’. Besides his own films, he has produced ‘The Keeper’ (1995) and ‘Stuck’ (2017).
Major Works
Giancarlo Esposito’s Gustavo “Gus” Fring is a fictional powerful drug lord who appears in ‘Breaking Bad’ (2009-11) and its prequel series ‘Better Call Saul’ (2017-present). Cool, calculating, and ruthless, he builds up a vast drug empire. Besides winning a Critics Choice Television Award, Esposito also earned a nomination for an Outstanding Supporting Actor in a Drama Series award at the 2012 Primetime Emmy Awards for his performance.
Family & Personal Life
Giancarlo Esposito exchanged wedding vows with Joy McManigal in 1995. However, the couple has since parted ways. They have four daughters together: Kale Lyn Esposito, Shayne Lyra Esposito, Ruby Esposito, Syrlucia Esposito.

See the events in life of Giancarlo Esposito in Chronological Order 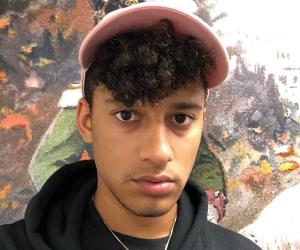 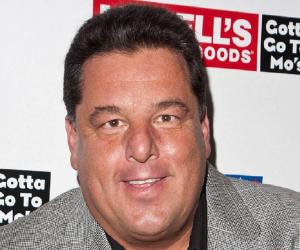