Elvira Lind is a Danish documentary film producer. She is best known for her projects ‘Songs for Alexis,’ ‘Twiz & Tuck,’ and ‘Bobbi Jene.’ Since the beginning of her career, she has been directing and shooting documentaries for the web and TV, often travelling to different locations across continents. She is also a celerity wife as she is married to the popular Guatemalan-born American actor and musician, Oscar Isaac. Despite being a celebrity wife, she is focused on having a flourishing career of her own. Lind is a much respected documentary film-maker and has been honored at numerous award functions, including the IDFA and the Tribeca Film Festival. A mother of one, she juggles her professional obligations with her family responsibilities in the most efficient way. Besides film-making, she has a keen interest in organic farming. She is an adventure lover and would love to surf and skydive sometime in the future. Overall, she is a multifaceted lady with an inspiring personality. 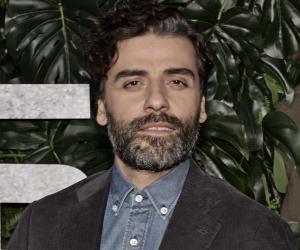 The Best Black Actresses Of All Time
Continue Reading Below
Career
Elvira Lind created a documentary show called "Under Copenhagen" for Danish broadcast DR's web platform Pirat TV. The documentary, which was released in 2011, was a hit. In 2014, she produced the documentary film ‘Songs for Alexis’ that premiered at HOT DOCS in Toronto and was screened at other festivals as well. It was a love story about two teenagers. Lind developed the television show, ‘Twiz & Tuck,’ which went on to premiere on VICELAND in March 2017. After this, she worked on her documentary ‘Bobbi Jene,’ which premiered at the Tribeca Film Festival in 2017.
Lind also has an acting credit under her name. She appeared in the 2012 flick ‘Park County Massacre.’ She, alongside her husband, also runs a project called ‘Staircase Sessions,’ where they shoot ad hoc music sessions and make tracks with one of Isaac’s friends, Bruce.
Relationship with Oscar Isaac
Elvira Lind is married to Oscar Isaac, a Guatemalan-American musician and a former member of the band ‘The Blinking Underdogs.’ He is also an actor known for his performance in the films ‘Star Wars: The Force Awakens,’ ‘Star Wars: The Last Jedi,’ ‘Men: Apocalypse, Body of Lies’ and ‘Show Me a Hero.’
Rumors about Oscar Isaac’s love life began to spread when he was spotted kissing a mystery woman at the 2016 Golden Globes. In mid-2017, the actor revealed that he was already married and that his wife Elvira Lind was expecting.
The news came as a shock to many as Isaac was previously engaged to his longtime sweetheart, Maria Miranda, according to the ‘Daily Mirror.’ However, several speculations were also rife that “Miranda” and Lind referred to the same person.
Oscar Isaac, upon being asked why he married Elvira Lind, answered that there were many reasons for him to tie the knot with her. She was already pregnant and both of them wanted to build a family together as a unit. Elvira was also close to Isaac’s mother, who was then dying of cancer. On seeing his pregnant girlfriend taking care of his sick mother, Isaac realized that he wanted to be with Elvira forever. The two married in a simple ceremony that only family members and a few close friends attended.