Advanced Search
Geri Halliwell is an English pop singer, songwriter, clothes designer, actress, and author. She became known worldwide in the 1990s as “Ginger Spice,” a member of the girl group ‘Spice Girls’ which became the best-selling girl group of all time. A multi-faceted woman, she has worked as a night club dancer, a TV presenter, as well as a glamour model. As a youngster, she became a member of the girl group ‘Spice Girls’ and signed with Virgin Records. They soon released their debut single ‘Wannabe,’ which was a song about female empowerment. The song became a huge success, topping the charts in numerous countries. The group went on to release their debut album ‘Spice’, which was a major hit, topping many charts on the international level. It has sold over 23 million copies worldwide and is known as one of the best-selling albums of all time. Halliwell eventually left the group and launched her solo career with the single ‘Look at Me’. The song was met favorably by the critics and it also entered various charts. Her debut album ‘Schizophonic’ was also an average success. Apart from music, Halliwell is known for various other works as well. She became the Goodwill Ambassador for the United Nations Population Fund in 1999. She has also helped spread awareness about HIV/AIDS. British People
Pop Singers
Non-Fiction Writers
British Women
Leo Singers
Childhood & Early Life
Geraldine Estelle “Geri” Halliwell was born on 6th August 1972, in Watford, Hertfordshire, England to father Laurence Francis Halliwell and mother Ana Maria. Her father was Swedish and English while her mother is Spanish.
She attended the Watford Grammar School for Girls and later went to the Camden School for Girls. Before she started her music career, she did various other jobs, including those of a nightclub dancer, TV presenter, and a glamour model. 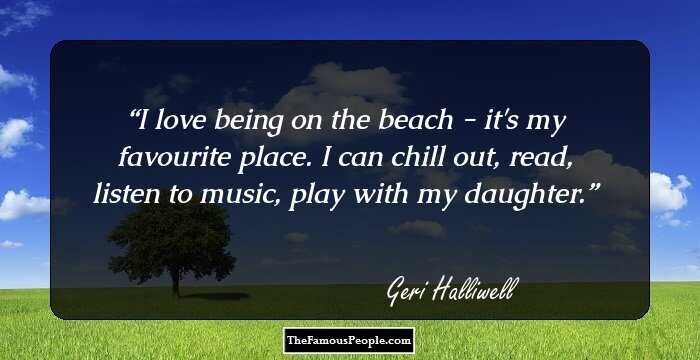 Leo Writers
Leo Actresses
Women Writers
Women Singers
Career
In 1994, Geri Halliwell became a member of the girl group ‘The Spice Girls’ that also had Victoria Beckham, Melanie Brown, Emma Bunton and Melanie Chisholm in its lineup. They signed to Virgin Records in 1995. Their debut single, ‘Wannabe,’ a song about female empowerment, was released the following year. Despite mixed reviews, it became a huge hit, topping the charts in many countries such as Belgium, Australia, and Germany.
In late 1996, they released their debut album ‘Spice’. With singles, such as ‘Wannabe’, ‘2 Become 1’ and ‘Who Do You Think You Are’, the album was a massive success commercially. It peaked at the first position in the charts of many countries, including the UK Albums Chart and the US Billboard 200. With sales of over 23 million copies worldwide, it became the highest selling album by a girl group as well as one of the best selling albums of all time.
Their next album ‘Spiceworld,’ released in 1997, was also a massive success. It stood at the first position on the UK Albums Chart and at the third position on the US Billboard 200. It sold nearly 200,000 copies within the first week itself. Its lead single ‘Spice Up Your Life’ was a major hit worldwide, peaking at the top five in many countries. The album was reviewed positively by the critics. In 2000, the band released their next album ‘Forever,’ which was also a success.
During her career with the Spice Girls, Halliwell became known as ‘Ginger Spice’ because of her outrageous, sexually suggestive outfits, platform heels and red hair.
In the late 1990s, Geri Halliwell announced that she would leave the group and pursue a solo career. Her debut single ‘Look at Me’ was released in May 1999. It peaked in the top five in various charts across the world. Later the same year, she released her debut solo album ‘Schizophonic’. It peaked at the 4th position on the UK Albums Chart and reached the 47th position on the US Billboard 200.
Her next album, ‘Scream If You Want to Go Faster’ (2001), was also a commercial success, though it didn’t do as well as her previous album. It sold a total of 1.5 million copies. It received mixed to negative reviews. Its hit single ‘It’s Raining Men’ won the award for International Song of the Year at the 2002 NRJ Music Awards.
Her album ‘Passion’ was released in 2005, and sold around half a million copies. She reunited with the Spice Girls in 2007 for a series of concerts. 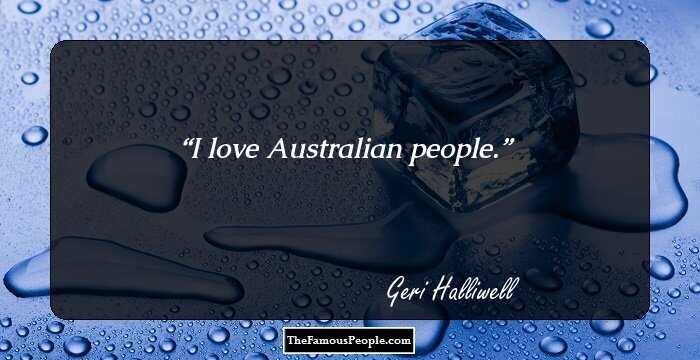 Leo Pop Singers
British Singers
British Writers
British Actresses
Other Works
Geri Halliwell wrote an autobiography ‘If Only’ (1999) in which she described her life as a member of the group. The book became a best-seller, selling more than a million copies in the UK alone. The profits she earned were donated to a Breast Cancer Charity.
She released her second autobiography ‘Just for the Record’ in 2002. It was about her rise to fame and her turbulent celebrity lifestyle. She also wrote a series of children’s books named ‘Ugenia Lavender’ in 2008.
She has also appeared in numerous reality TV shows and documentary films. She had a voice role in the animated TV series ‘Franklin’. She played a role in the British comedy film ‘Fat Slags’ in 2004 and a role in the action comedy ‘Crank: High Voltage’ in 2009. In 2012, she appeared in another documentary film, ‘Viva Forever: The Spice Girls Story’.
Recommended Lists:

Female Pop Singers
British Pop Singers
Actresses Who Are In Their 50s
British Women Singers
Major Works
One of the early works by Geri Halliwell is her group’s second studio album ‘Spiceworld’. The album was a huge success worldwide, selling nearly 190,000 copies in the first week itself. It peaked at the third position on the US Billboard 200 and topped the charts in many other countries, such as Belgium, Germany, Finland, the Netherlands, Norway, and the UK. It was also met with positive reviews from the critics and was eventually certified multi-platinum in many countries.
She played a supporting role in the action comedy film ‘Crank: High Voltage’. It starred actors, such as Jason Statham, Amy Smart, Clifton Collins Jr., Dwight Yoakam and Efren Ramirez. Made on a budget of $20 million, the film was a commercial success and earned $34 million. It was met with positive reviews from the critics as well. 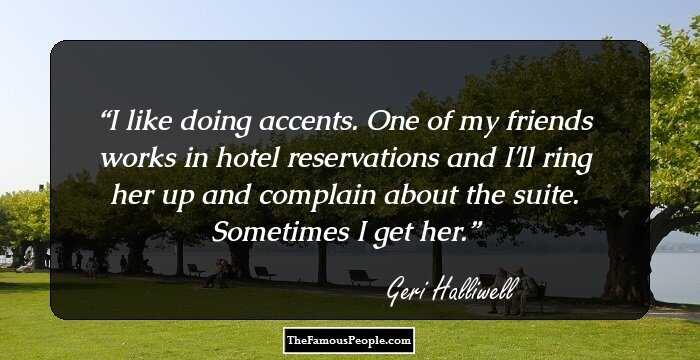 British Women Writers
Women Non-Fiction Writers
British Women Pop Singers
British Non-Fiction Writers
Personal Life
Geri Halliwell dated screenwriter Sacha Gervasi for a short while in 2005 and gave birth to their daughter Bluebell Madonna the following year.
She later started dating Christian Horner in 2014. They eventually got married in May 2015. She gave birth to a son, her second child, in 2017. The child’s name is Montague George Hector Horner. Geri also has one step-daughter, Olivia.
Recommended Lists:

Quotes By Geri Halliwell | Quote Of The Day | Top 100 Quotes

See the events in life of Geri Halliwell in Chronological Order