George Segal is a noted American actor, who has been regaling his audiences with his powerful performances since the 1960s, having around sixty-five films and numerous television movies and series to his credit. Also an accomplished musician with three albums to his credit, he began his career on stage, later moving to the big screen with a meaty role in ‘The Young Doctors’. Very soon, he became a sought-after film star, becoming the first Jewish actor to achieve success as a leading man without changing his Jewish surname. However, in the 1980s, he suffered a setback, getting fewer roles in movies. He then returned to the television and stage. He made a comeback to the movies in the 1990s, reclaiming his reputation as a good actor with films like ‘For the Boys’ and ‘Flirting with Disaster’. In spite of his advanced age, he continues to be active, working as a series regular in the popular period sitcom, 'The Goldbergs' as of 2019. Cause of Death: Bypass Operation

American Celebrities
American Men
New Yorkers Actors
Haverford College
Columbia University
Childhood & Early Life
George Segal was born on February 13, 1934, in Great Neck, New York. His father, George Segal Sr., was a malt and hop agent. His mother’s name was Fannie Blanche née Bodkin.
Born the youngest of his parents’ four children, he had two surviving elder brothers, John and Fred. His elder sister, Greta, died of pneumonia before his birth.
At the age of nine, after watching the crime drama film, ‘This Gun Fire’, he became interested in acting. As a kid, he also started playing the ukulele, but moved on to a four-string banjo at the age of thirteen.
After his father’s death in 1947, he moved with his mother to New York City. Eventually, he enrolled at George School, a private Quaker boarding school in Pennsylvania, from where he graduated in 1951. Thereafter, he enrolled at Haverford College, Pennsylvania, but did not graduate from there.
In 1955, he graduated from Columbia College of Columbia University with a Bachelor of Arts degree in performing arts and drama. Thereafter, he joined the United States Army as part of his military duty. All along, he continued to play banjo for various bands.
Continue Reading Below
Career
Sometime in the late 1950s, George Segal began his career on stage as an understudy in a Broadway production of ‘The Iceman Cometh’. Eventually, he took part in various stage productions until he was chosen to play Purah in ‘Gideon’, a successful Broadway production running for 236 performances in 1961-62.
In 1961, he signed a contract with Columbia Pictures, debuting in films in the same year, playing Dr. Howard in ‘The Young Doctors’. It was followed by ‘The Longest Day’ in 1962, in which he appeared as a U.S. Army Ranger.
In 1963, he had a small but prominent role in the autobiographical film, ‘Act One’. In the same year, he also appeared on television in the shows 'Channing', 'Naked City' and 'The Alfred Hitchcock Hour'. Equally busy on the stage, he appeared as Ricard in the Broadway production of 'Rattle of a Simple Man'.
In 1964, he starred as Matt Weaver in 'Invitation to a Gunfighter' and Dr. Tony "Shiv" Parelli in ‘The New Interns’, winning the Golden Globe Award for New Star of the Year for his role in the latter. Thereafter, he began to star in numerous popular films.
In 1965, he played Corporal King, a scheming P.O.W., in ‘King Rat’ and David, the egocentric painter, in ‘Ship of Fools’, receiving acclaim for both the performances. They were followed in 1966 by his equally acclaimed roles in ‘Lost Command’, ‘Who's Afraid of Virginia Woolf?’ and ‘The Quiller Memorandum’.
In 1967, he released his debut LP, ‘The Yama Yama Man’. During the latter part of the 1960s, he also appeared in a number of television movies, including ‘Death of a Salesman’ (1966), ‘The Desperate Hours’ (1967) and ‘Of Mice and Men’ (1968), and played banjo on ‘The Tonight Show Starring Johnny Carson’.
In the 1970s, he appeared in sixteen feature films, starting the decade with the popular comedy films, ‘Loving’, ‘Where's Poppa?’ and ‘The Owl and the Pussycat’. They were followed by a few more comedies, ‘Born to Win’ (1971), ‘The Hot Rock’ (1972), ‘Blume in Love’ (1973) and ‘A Touch of Class’ (1973).
In 1974, he changed tracks to appear as a dangerous computer scientist in ‘The Terminal Man’ and starred in the first non-Cinerama film, ‘California Split’. His other popular films in the decade were ‘The Duchess and the Dirtwater Fox’ (1976), ‘Fun with Dick and Jane’ (1977), ‘Rollercoaster’ (1977), and ‘Who Is Killing the Great Chefs of Europe? (1978).
In the 1980s, while continuing to star in films, he returned to the small screen with the made-for-television film ‘The Deadly Game’ (1982), later appearing in six episodes of ‘Take Five’ and thirteen episodes of ‘Murphy’s Law.’ In 1985, he returned to the stage with the Broadway production of 'Requiem for a Heavyweight'.
He began the 1990s with the musical comedy drama, ‘For the Boys’ (1991), eventually appearing in many more films in the decade, the last among them being ‘The Mirror Has Two Faces’ (1996). Meanwhile, he continued to be seen on television, appearing as a series regular in 149 episodes of ‘Just Shoot Me’ from 1997 till 2003.
In 2005, he returned to the big screen with ‘Heights’, appearing in ten more films till 2014, starring as John in his last film, ‘Elsa & Fred’. Concurrently, he continued to appear on television; he is currently starring as Albert "Pops" Solomon in 'The Goldbergs,' a role he has been playing since 2013.
Major Works
George Segal is best known for his work in the 1966 black comedy drama film, ‘Who’s Afraid of Virginia Woolf?' Appearing in it as Nick, he was able to hold his own against such popular actors like Richard Burton and Elizabeth Taylor, receiving two major award nominations for his performance.
Family & Personal Life
On November 19, 1956, George Segal married film editor Marion née Sobel, having two children, Elizabeth and Polly, with her. The couple divorced on June 2, 1983, after around twenty-six years of their marriage.
On October 9, 1983, he married Linda Rogoff, one-time manager of The Pointer Sisters, remaining married to her until her death on June 13, 1996.
On September 28, 1996, he married his George School classmate, Sonia Schultz Greenbaum.

See the events in life of George Segal in Chronological Order 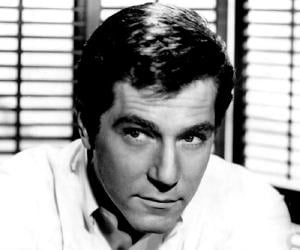