Orson Welles was an American actor, director, and writer. He was known for his remarkable contribution to theatre, radio, and films. He had a troubled childhood; his father was an alcoholic and his mother died when he was young. At the age of 11, he was enrolled at ‘Todd Seminary’ where he was introduced to the world of drama by his teacher Roger Hill. Soon after passing out from ‘Todd Seminary,’ he went to the United Kingdom and auditioned for a role. He made his stage debut at the age of 16 in Dublin. He returned to the USA at the age of 18 to start a career in acting by joining a repertory theatre group. He supplemented his income by doing radio shows and gradually became a popular figure in both radio and stage shows. However, radio remained his favorite till the very end. It was his radio show ‘The War of The World’ which introduced him to Hollywood. Unfortunately, the film industry was not kind to him at the beginning. Although he came up with masterpieces like ‘Citizen Kane’ at the beginning of his film career, it took him many years to make a name for himself in Hollywood. Notable Alumni: School Of The Art Institute Of Chicago

education: School Of The Art Institute Of Chicago

American Celebrities
Directors
Screenwriters
T V & Movie Producers
American Men
Childhood & Early Life
George Orson Welles was born on May 6, 1915, in Kenosha, Wisconsin, United States. His father Richard Head Welles made a fortune by inventing a popular bicycle lamp. His mother Beatrice Ives Welles was a pianist. He had an elder brother named Richard Ives (Dickie) Wells.
Orson had a troubled childhood. Although the family was rich in the beginning, his father’s business began to falter soon after Orson’s birth and they moved to Chicago in 1919. His parents separated and he was brought up by his mother.
After his mother’s death in 1924, Orson was put under the custody of his alcoholic father. Initially, he was admitted to a public school. Later in 1926, he was enrolled at ‘Todd Seminary for Boys.’ At ‘Todd Seminary,’ his latent talents were nurtured by his teacher Roger Hill.
In 1927, Welles became a member of the ‘Todd Troupers’ and began to stage both classical and modern plays. Soon, he started directing the productions of ‘Todd Troupers’ and produced around eight to ten plays in three years.
Welles’ father died in 1930. A doctor from Chicago named Maurice Bernstein, who was also a family friend, became his guardian. Welles continued his studies at ‘Todd’ and passed out in 1931. 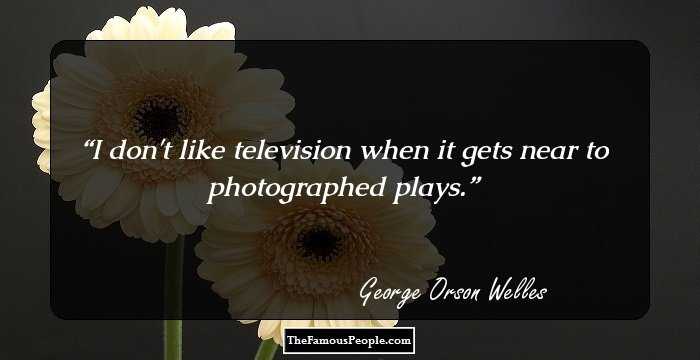 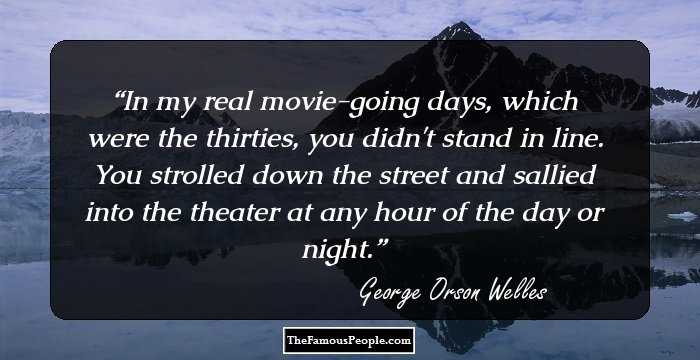 Major Works
According to Welles, ‘The Trial,’ which was made in 1962, was his best film. However, critics consider ‘Citizen Kane,’ which was based on the life of American newspaper publisher William Randolph Hearst, to be the greatest film of all time. It was twice ranked first on AFI's ‘100 Years...100 Movies’ list; first in 1998 and then in 2007.
Awards & Achievements
‘Citizen Kane,’ which was co-authored and directed by Welles, received the ‘New York Film Critics Circle Award’ for ‘Best Picture’ in 1941. The film also received nine ‘Academy Award’ nominations, winning the award under the ‘Original Screenplay’ category. It is believed that the film would have won more awards if not for the block voting by screen extras.
In 1942, ‘The National Board of Review’ voted ‘Citizen Kane’ as the ‘Best Film of 1941’ and recognized Welles for his performance.
He won the ‘Palme d'Or’ for ‘Othello’ at the 1952 ‘Cannes Film Festival.’
In 1966, ‘Chimes at Midnight’ won the ‘20th Anniversary Prize,’ ‘Technical Grand Prize,’ and ‘Citizens Writers Circle Award’ for ‘Best Film’ (Spain).
In 1984, he was presented with the ‘D. W. Griffith Award’ by the ‘Directors Guild of America.’ In 1985, he received the ‘Career Achievement Award’ from the ‘National Board of Review.’ 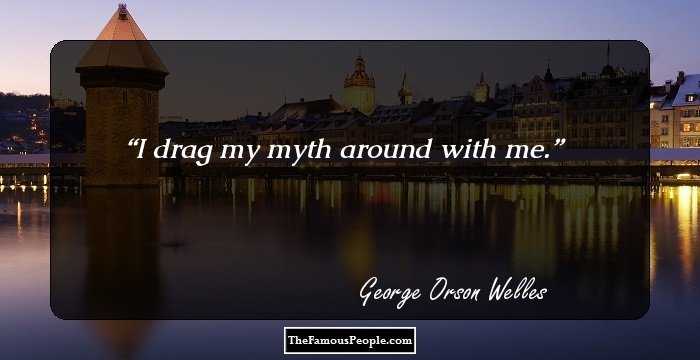 Personal Life & Legacy
Orson Welles married actress Virginia Nicolson on November 14, 1934. The couple had a daughter named Christopher Welles Feder, who was born in 1938. The marriage ended in a divorce in February 1940 when Virginia learnt about Welles’ secret affair with Dolores Del Rio.
Welles’ affair with Dolores ended in 1943. By then, he had started having an affair with Rita Hayworth. Subsequently, Welles married Rita in September 1943. Their daughter Rebecca Welles Manning was born in December 1944. Although he had great regards for her, Rita and Welles divorced in 1947.
In 1955, Welles married Italian actress Paola Mori. They had a daughter named Beatrice Welles, who was born in November 1955. Although they remained married until his death in 1985, Welles had started living with Croatian-born artist and actress Oja Kodar since 1966.
Welles died on October 10, 1985, after suffering from heart attack. The previous day, he had recorded his final interview on the syndicated TV program ‘The Merv Griffin Show.’ On returning home, he worked into the early hours, typing stage directions for a shoot which was scheduled for the following day.
Early in the morning, he was found dead by his chauffer. In accordance with his will, his mortal remains were cremated and a brief private funeral was held.

Quotes By Orson Welles | Quote Of The Day | Top 100 Quotes

See the events in life of Orson Welles in Chronological Order