(American Actress, Dancer, Producer and One of the Most Glamorous Screen Idols of the 1940s)

Advanced Search
Popularly addressed as ‘The Love Goddess’, Rita Hayworth was one of the most glamorous actresses in the history of Hollywood. She was an exceptionally talented dancer and her awe-inspiring performances set her apart from other actresses of her time. She amused and entertained the American people during grief-stricken period of World War II, with her enchanting dance performances in films like ‘Tonight and Every Night’, ‘Down to Earth’ and ‘Cover Girl’. She became one of Hollywood’s very first princesses and hit the headlines after she married Prince Aly Khan and soon after she gave up her career in Hollywood. However, things took a rough turn in her life, when the Prince Khan turned out to be a womanizer. Depressed and heartbroken, she came back to Hollywood to revive her career. One of the greatest stars of her generation, Rita has appeared in over 61 films in her career spanning across a period of 37 years. Sadly her personal life was one of tragedy; she suffered from alcoholism all through her life and had a series of failed relationships. American Celebrities
Actresses
American Women
New Yorkers Actresses
Female Dancers
Childhood & Early Life
She was born as Margarita Carmen Cansino in Brooklyn, New York to Eduardo Cansino, Sr. well-known actor and dancer and Volga Hayworth, a showgirl and dancer.
She started attending dance classes from a very young age at the Carnegie Hall, New York, where she was taught by her uncle, Angel Cansino. She eventually gave her first dance performance at the age of six.
In 1926, at the age of eight, she appeared in the Warner Bros short film ‘La Fiesta’.
In 1927, her family moved to Hollywood, where her father opened a dance studio. But, during the era of Great Depression, public interest in dancing classes waned and the dancing studio was closed down. Thereafter, her father partnered with her to form ‘The Dancing Casinos’ and she started dancing in nightclubs and bars.
She attended the Hamilton High school in Los Angeles until the 9th grade, after which she had to drop out because she could not focus on both education and dancing.
In 1934, the sixteen year old played a minor role in the film ‘Cruz Diablo’ and the following year she appeared in the film ‘In Caliente’.
She was noticed by Winfield Sheehan, the head of the Fox Film Corporation at the Caliente Club. Impressed by her performance she arranged for her a screen test, after which she signed a contracted with the Fox Corporation. 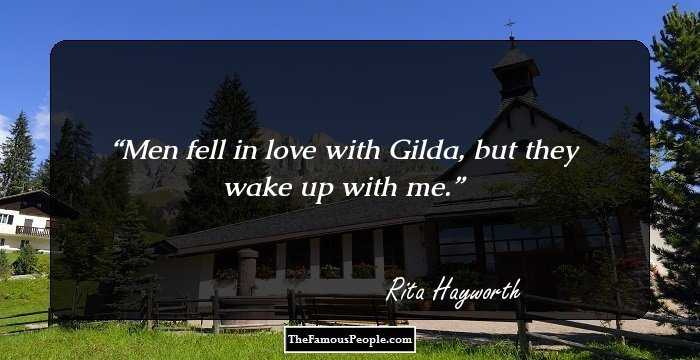 Continue Reading Below
Career
She appeared in five films during her contract period with the Fox Corporation, all of which were minor roles. Her contract was not renewed after its expiration.
In 1935, she appeared in movies like ‘Dante’s Inferno’, ‘Under the Pampas Moon’, ‘Charlie Chan in Egypt’ and ‘Paddy O’Day’, in which she played the role of a Russian dancer.
In 1936, she played her first major starring role in the movie ‘Human Cargo’, a movie directed by Allan Dwan.
In 1937, after she signed a contract with Columbia Pictures, she was seen in five of their minor films and she also appeared in other independent films.
In 1939, she played the role of ‘Judy MacPherson’ in the Howard Hawks film ‘Only Angels Have Wings’. The role was small but pivotal and film’s box office success also brought stardom for her.
In 1941, she played the second female lead in the Warner Bros. film titled ‘The Strawberry Blonde’, directed by Raoul Walsh; the film was a commercial success.
After the success of ‘The Strawberry Blonde’, she bagged many roles and appeared in films like ‘Blood and Sand’, ‘You'll Never Get Rich’, ‘You Were Never Lovelier’, ‘Tales of Manhattan’ and ‘My Gal Sal’.
In 1944, she starred in one of her most popular films ‘Cover Girl’, an Academy Award winning American musical film, directed by Charles Vidor. The film was one of the most popular films during the war years.
From 1945 to 1947, she showcased her dancing talent in films like ‘Tonight and Every Night’, ‘Down to Earth’ and also appeared in the black-and–white film noir ‘Gilda’.
Continue Reading Below
In 1947, she starred in the critically acclaimed Orson Welles film noir ‘The Lady from Shanghai’, a film that failed to do well at the box office.
In 1948, she played the role of ‘Carmen’ in the American romantic drama film ‘The Loves of Carmen’, directed by Charles Vidor, which was a big commercial success.
In 1952, after taking a break for four years, she starred in what became her comeback film ‘Affair in Trinidad’, a film that was an immediate success at the box office.
In 1953, she acted in the films ‘Salome’ and also in the critically acclaimed film, ‘Miss Sadie Thompson’.
By 1957, she was considered to be one of the top female actresses in Hollywood and appeared in the films ‘Fire Down Below’ and the musical film ‘Pal Joey’.
In 1960, she starred in the film ‘The Story on Page One’, an American drama film written and directed by Clifford Odets.
In 1964, she earned a Golden Globe nomination for her role as ‘Lili Alfredo’ in the drama film ‘Circus’, directed by Henry Hathaway.
In 1970, she played the role of ‘Mara’ in the French psychological thriller film ‘Road to Salina’, starring Robert Walker, Jr. and Mimsy Farmer; the film was directed by Georges Lautner.
In 1972, she appeared in an offbeat Western film titled ‘The Wrath of God’, directed by Ralph Nelson. The film is based on a novel by Jack Higgins.
Continue Reading Below 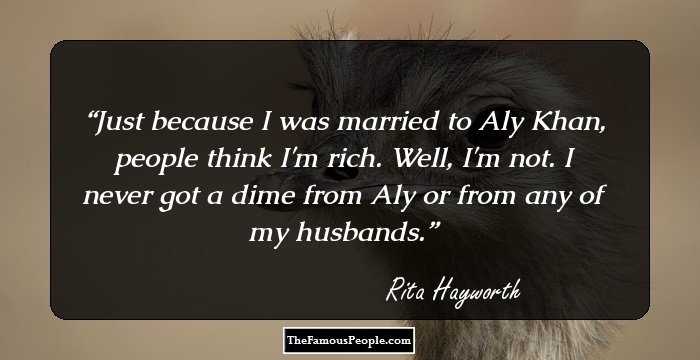 Major Works
Her 1941 Academy Award nominated film, ‘The Strawberry Blonde’ was a smash hit at the box office and also received immense positive reviews from The New York Times.
Awards & Achievements
In August 1940, she was featured on the cover of ‘Life’ magazine for the first time, after which she appeared on the magazine four times.
In 1960, she received a star on the ‘Walk of Fame’ at 1645 Vine Street.
In 1977, she was honoured with the National Screen Heritage Award. 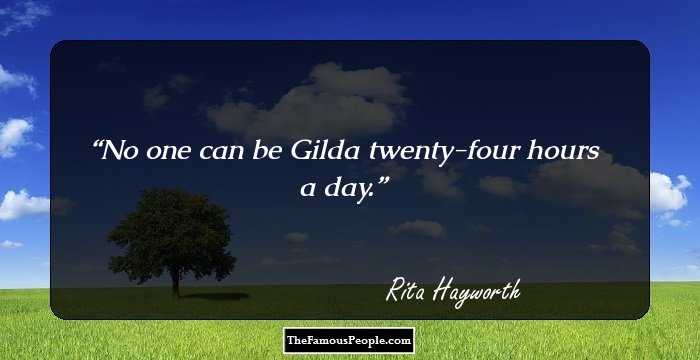 Personal Life & Legacy
By the mid 1930s she was asked to colour her hair dark red and change her name to Rita Hayworth, after which she became the classic ‘American pin-up’.
In 1937, she married Edward C. Judson in Las Vegas; he played a major role in launching her acting career. The marriage ended in 1942.
In 1943, she married Orson Welles and the couple had a daughter, Rebecca together. She however, filed for divorce in 1948.
In 1949, she gave up her career in films and married Prince Aly Khan. The couple had a daughter, but the marriage ended in 1951.
In 1958, she married James Hill and the couple separated in 1961.
She struggled with alcoholism all through her life and in the early 70s her health worsened.
She died at the age of 68 from Alzheimer's disease and is laid to rest at the Holy Cross Cemetery, California.
Her daughter, Princess Yasmin Aga Khan hosts the annual ‘Alzheimer's Association Rita Hayworth Galas’.
Trivia
In 2002, the stain nightgown worn by this popular and acclaimed Hollywood actress and dancer from the 1940s was sold for $26,888.

Quotes By Rita Hayworth | Quote Of The Day | Top 100 Quotes

See the events in life of Rita Hayworth in Chronological Order 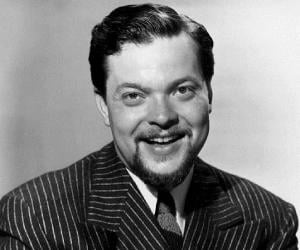