Advanced Search
George David Snell was an American geneticist who was the joint recipient of the 1980 Nobel Prize in Physiology or Medicine. He was an expert in the areas of mouse genetics and transplant immunology and was referred to as ‘father of immunogenetics by many. Interested in mathematics and science from a young age, he pursued his higher studies in science and subsequently earned his doctorate degree in genetics from the Harvard University. Following this, he pursued teaching profession for a few years and was associated with institutions like Brown University and Washington State University in St. Louis. After spending a few years as post doctoral fellow at the University of Texas, he joined the Jackson Laboratory in Bar Harbor in 1935 and continued to work there until his retirement in 1973. He, along with immunologists, Baruj Benacerraf and Jean Dausset, was awarded the Nobel Prize in Physiology or Medicine in 1980 for their independent ‘discoveries concerning genetically determined structures on the cell surface that regulate immunological reactions’. He was the author of several books and founded the scientific journal ‘Immunogenetics’. American Celebrities
Male Scientists
American Scientists
American Geneticists
Sagittarius Scientists
Childhood & Early Life
George Davis Snell was born on 19 December 1903 at Bradford, Massachusetts. His father worked as a secretary at a local YMCA. George had two older siblings.
His family shifted to Brookline in Massachusetts when he was four years old. He completed his school education at public schools in Brookline.
He was interested in mathematics and science from a young age. Other than that he also spent time reading books on astronomy and physics. He was also involved in sports like scrub baseball and football.
In 1922, he enrolled in the Dartmouth College, New Hampshire and graduated with a bachelor’s degree in Biology in 1926. While in college, he studied a course in genetics that encouraged him to pursue the same as a career.
He enrolled at the Harvard University and studied under geneticist William Ernest Castle. He earned his PhD in genetics from Harvard University in 1930. He did his doctoral thesis on genetic linkage in mice.
Continue Reading Below
Career
George D. Snell started his career as teacher at Brown University, Rhode Island between 1930 and 1931.
In 1931, he obtained a National Research Council Fellowship and spent two years as a postdoctoral fellow at the University of Texas with geneticist H.J. Muller. Along with Muller, he studied the genetic effects of x-rays on mice.
In 1933, he took up a post of assistant professor at the Washington State University in St. Louis. He worked there for a year.
In 1935, he joined the Jackson laboratory in Bar Harbour, Maine and remained there until his retirement as senior staff scientist emeritus in 1973. Jackson laboratory was considered an international hub for mouse genetics.
Starting in mid-1940s, for a period of thirty years he was engaged in studying the congenic resistant strain trap of mice. He also focused on studying the genetics of transplantation.
He, along with immunologist Peter Gorer, conducted studies that resulted in the identification of the H-2 gene complex in mice, a term he introduced to determine whether a tissue graft would be accepted or rejected.
This work led to the discovery of the gene complex named major histocompatibility complex that is found in all vertebrates. It also laid foundation to successfully conduct tissue and organ transplants.
In 1950, he published papers that marked the beginning of in-depth studies regarding ‘major histocompatibility complex’.
He founded the scientific journal titled ‘Immunogenetics’, and served as its first editor. He authored several books including ‘Cell Surface Antigens: Studies in Mammals Other Than Man’ (1973), ‘Histocompatibility’ (1976) and ‘Search for a rational ethic’ (1988).
Continue Reading Below
Major Works
George D. Snell was a geneticist whose studies focused around mouse genetics and transplantation. His extended study regarding the immune system of mice resulted in better understanding on the role of genes, tissues and organ transplants and infectious diseases in immune reactions.
Awards & Achievements
George D. Snell received the Hekteon Medal from the American Medical Association in 1955.
In 1962, he was awarded the Griffen Animal Care Panel Award. The same year he received the Bertner Foundation Award.
In 1967, he received the Gregor Mendel Medal from the Czechoslovak Academy of Sciences.
He was honored by the Gairdner Foundation Award in 1976.
In 1978, he received the National Cancer Institute Award and the Wolf Prize in Medicine.
He was the joint recipient of the 1980 Nobel Prize in Physiology or Medicine along with Baruj Benacerraf and Jean Dausset. The trio won the award "for their discoveries concerning genetically determined structures on the cell surface that regulate immunological reactions".
Personal Life & Legacy
George D. Snell married Rhoda Carson and the couple had three sons, namely, Thomas, Roy and Peter.
He came from a family that was inclined towards music. His mother played the piano and everyone in the family enjoyed singing. His wife was also a pianist.
He died on 6 June 1996 at Bar Harbor, Maine, at the age of 92.

See the events in life of George D. Snell in Chronological Order 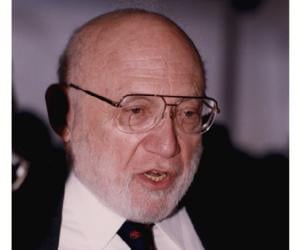