Jerome Silberman, who was famous by his stage name Gene Wilder, was an American actor, director, screenwriter and author. He was born in a Jewish family in Wisconsin and had an interest in acting from a very young age. He started taking interest in the local community theatre in Wisconsin. He served sometime in the army as a paramedic but kept pursuing his dream of acting by studying in HB Studio at the same time. He was later offered admission in Actors Studio and started doing small stints in the Off-Broadway scene. His first big role was in the movie called The Producers. After that he did some comedies and worked in Woody Allen’s Everything You Always Wanted to know About Sex. He also appeared as Willy Wonka in Charlie and the Chocolate Factory, which became one of the most memorable roles of his life. Wilder used to write scripts of his films and directed some movies as well. He has worked with great artists like: Harrison Ford, Gilda Radner and Richard Pryor, etc. He had four marriages and one of his marriages was with his Hanky Panky co-star, Gilda Radner. Gene Wilder was born on 11 June 1933, in a Jewish family, to William J. Wilder and Jeanne Silberman, in Milwaukee, Wisconsin. He started taking great interest in acting since the age of 8, from the time his mother had rheumatic fever.

His mother recognized his talent and knowing that Wisconsin was not a good place to become an actor, she sent him to Black-Foxe. Wilder was bullied and sexually assaulted there and returned back home.
Wilder got involved in the local community theatre in Wisconsin and by the time he was 15, he performed for the first time in the production of ‘Romeo and Juliet’. He did his graduation from Washington High School. 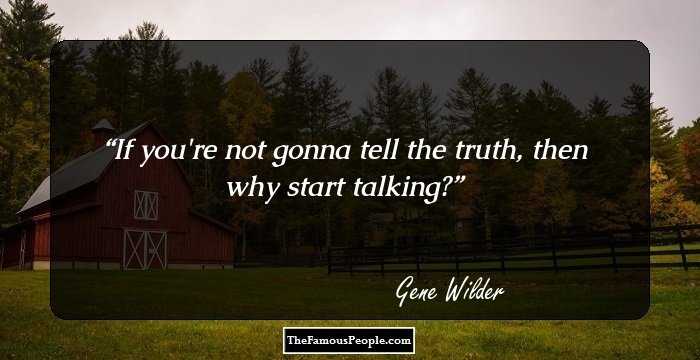 In 1955, Gene Wilder got admission in Bristol Old Vic Theatre School, Bristol, England. He studied fencing there and became the All-School Fencing Champion. He returned to the U. S. during the same time and got enrolled at the HB Studio.

In 1956, he joined the army and went to Fort Sam Houston. To remain close to New York in order to learn acting, he served as a paramedic in the Department of Psychiatry and Neurology in an army hospital, Pennsylvania.

In 1957, after the death of his mother, Wilder was relieved from military service and he started learning acting at HB Studio and side by side did odd jobs like, fencing instructor, limousine driver etc. to support himself.

After years of studying acting at HB Studio, he left the studio and took private lessons from Lee Strasberg and got selected into the Actors Studio and started getting noticed in the Off Broadway scene.

In 1963, Wilder got his first lead role in the Broadway production called Mother Courage and Her Children opposite Anne Bancroft. Around the same time, he toured for Death of a Salesman which was televised by CBC.

In 1967, Wilder got his first role in a motion picture called Bonnie and Clyde, which was directed by Arthur Penn. The same year, he did his first lead role in the movie, The Producers, for which he auditioned with Zero Mostel.

In 1969, Wilder went to live in Paris to act in Start the Revolution Without Me, which was directed by Bud Yorkin. It was a comedy based on French Revolution. He did the script read for ‘Quackser Fortune Has a Cousin in the Bronx’.

In 1971, Wilder’s Charlie and the Chocolate Factory was released. It was directed by Mel Stuart. The movie did not do very well commercially. He did a segment for Woody Allen’s Everything You Always Wanted to know About Sex.

In 1974, while working on the script of Young Frankenstein, he did a cameo for Mel Brooks’ Blazing Sadles which was offered to him at the last minute and The Little Prince which was a musical film shot in London.

Around the same time, Young Frankenstein was released and became a huge hit on the box office. Wilder sold its rights to 20th Century Fox. It received the Oscar nomination for Best Adapted Screenplay category.

In 1975, Gene Wilder made his directorial debut with The Adventure of Sherlock Holmes’ Smarter Brother. He also wrote the script of the movie. Next year, he starred in Silver Streak along with Richard Pryor, who got the role on his recommendation.

In 1977, he wrote, produced and directed the film called The World’s Greatest Lover, an idea that was inspired by Fellini’s The White Sheik. The movie failed commercially and critically. He did The Frisco Kid along with Harrison Ford in the same year.

In 1980, Stir Crazy came out in which Wilder starred along with Richard Pryor. The movie became an international hit instantly. It was and is still considered as one of the best comedies in Hollywood.

In 1982, he did Hanky Panky starring opposite comedienne Gilda Radner. Around same time, he directed another movie The Woman in Red, in which he acted with Radner and Kelly LeBrock. It won an Academy Award.

In the late 1980S, Wilder starred in another movie With Gilda Radner, Haunted Honeymood which did not impress the audience as well as the critics. He also did a movie called See No Evil, Hear No Evil.

In the 1990s, he did movies like: Funny About Love, Another You, Murder in a Small Town, Alice in Wonderland and The Lady in Question. He also did a NBC sitcom Something Wilder but it lasted for only one season.

In 2003, he guest-starred in NBC sitcom, Will & Grace, and won a Primetime Emmy Award for Outstanding Guest Actor on a Comedy Series for his role. This was his last acting performance. 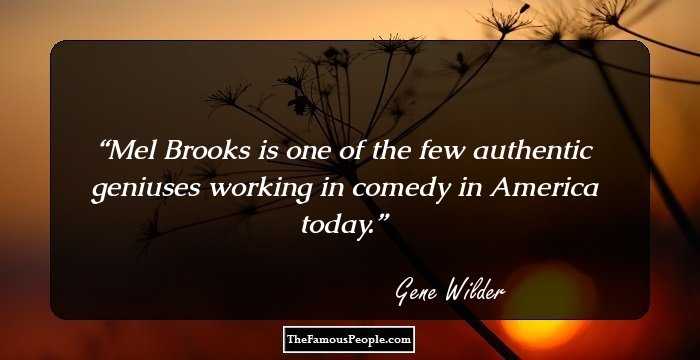 In 1960, Gene Wilder got married to his girlfriend Mary Mercier. He met her while he was studying acting at the HB studio. Most of their married life they remained apart from each other and they separated within 5 years.

In 1967, Wilder got married for the second time with Mary Joan Schutz. Schutz had a daughter named Katherine from her previous marriage whom he adopted after marriage. They both got divorced after being together for 7 years.
In 1984, he got married for the third time to his co-star Gilda Radner. They got married in the south of France but within two years of marriage it was diagnosed that Radner had ovarian cancer. She died after battling it for 3 years.
In 1991, Wilder got married for the fourth time to Karen Webb, a clinical supervisor for the New York League for the Hard of Hearing. He had met her on the sets of ‘See No Evil, Hear No Evil’. They live in Connecticut.

Gene Wilder died on August 29, 2016, at the age of 83, at his home in Stamford, Connecticut. He was suffering from Alzheimer's disease

He has a nephew who is a Director/Screenwriter in the Hollywood - Jordan Walker-Pearlman. He considers him his son. 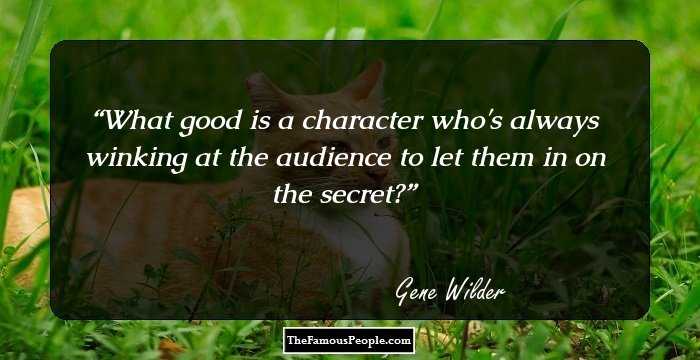 9. Everything You Always Wanted to Know About Sex * But Were Afraid to Ask (1972)

Quotes By Gene Wilder | Quote Of The Day | Top 100 Quotes

See the events in life of Gene Wilder in Chronological Order