Jenn McAllister
Gabe Erwin is a well-known young social media personality. He runs a YouTube channel on which he shares pranks, challenges, reaction videos, etc. With over 600k subscribers on his channel, Erwin is extremely popular among people who enjoy comedic content. He is extremely funny and uploads videos on every Friday. The American social media personality also posts videos featuring his family members including his mother and sister. He often makes collaborative videos with fellow YouTuber and Vine star, BigNik. Besides making videos, Erwin loves to hang out with his friends and family. He is not only popular on YouTube, but on other social networking websites as well. He also has Twitter, Facebook, and Instagram accounts, all of which have substantial numbers of followers. On a personal note, Gabe Erwin is a funny, confident, and charming young man. He is supposedly single as of now. New Yorkers YouTubers
Male Youtubers
Aquarius Youtubers
American YouTubers
Rise to Stardom
Gabe Erwin joined YouTube on Oct 13, 2013. His first video was ‘Teletubby Prank’ and the second one was ‘Gabe After Wisdom Teeth’. He posted his third video depicting the scenario that would be ‘If Apps Were Real’. This video was much liked by the audience and it managed to garner thousands of views within a short period. This positive response ultimately brought several people to Erwin’s channel.
Recommended Lists:

Male Youtube Pranksters
American YouTube Pranksters
Aquarius Men
Within a few months’ time, his channel gained more than 25,000 followers. After this, the American YouTuber started posting more and more videos. He began doing ‘Reaction-based’ videos, such as 'Weird Obsessions', 'Scariest Mugshots', 'Awkward Tinder Conversations' and 'Weirdest Japanese Products’. People found these videos quite funny and apart from subscribing to Erwin’s channel, they started sharing his videos as well. This motivated Erwin a lot.
He also started posting different kinds of stuff including prank videos, family videos, story time videos, and Q&A videos. Some of his videos that stole further limelight were 'Rich Kids of Snapchat Return', 'Challenging Mind Tricks & Riddles', 'Horrible Rich Kids of Snapchat' and 'People with Strange Addictions'.
You May Like

The Sexiest Men Of 2020, Ranked
Continue Reading Below
Personal Life
Gabe Erwin was born on 13 February, 1996 in New York, USA. He has a sister named Viv who is often seen in his videos. The information regarding Erwin’s education, family background and love life is not known to the media.

Trivia
Gabe Erwin has collaborated on videos with YouTuber BigNik.
He frequently makes videos with his friend Brennen Taylor.
His believes in taking each day as a brand new start. 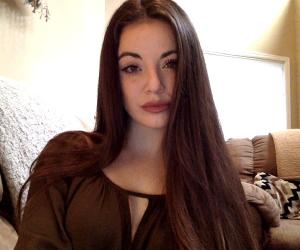