Finneas O'Connell is an American singer-songwriter, record producer, and actor. He is best known for writing and producing Billie Eilish’s albums, such as ‘Don't Smile at Me’ and ‘When We All Fall Asleep, Where Do We Go?’ He has also released many singles and has written lyrics for several other artists. O'Connell is part of a band called ‘The Slightlys’ for which he serves as the lead singer and songwriter. His band has won many competitions and awards in Los Angeles. He is also popular for playing Alistair in ‘Fox’ network’s television series ‘Glee’ and Ronnie Jr. in ‘ABC’ network’s ‘Modern Family.’ He made his film debut in 2011 when he played Spencer in Jake Kasdan-directed comedy film ‘Bad Teacher.’ With thousands of followers on Twitter and Instagram, Finneas O'Connell is also popular on social media. He also has a YouTube channel where he posts his music videos. Bella Thorne
30th July In History
DID WE MISS SOMEONE?
CLICK HERE AND TELL US
WE'LL MAKE SURE
THEY'RE HERE A.S.A.P
Quick Facts

American People
Lyricists & Songwriters
American Men
California Musicians
Leo Singers
Childhood & Early Life
Finneas O'Connell was born on July 30, 1997, in Los Angeles, California, USA, to Patrick O'Connell and Maggie Baird. He is of mixed ethnicity as he has Irish and Scottish ancestry. He grew up in Los Angeles along with his sisters, Lillie and Billie Eilish. O'Connell developed a passion for music at a young age and started writing and producing songs at the age of 12. He then started his own band ‘The Slightlys’ along with his friends and fellow musicians.
Recommended Lists:

Leo Musicians
Male Singers
Leo Pop Singers
Male Musicians
Continue Reading Below
Career
Finneas O'Connell made his film debut at the age of 14 when he was cast to play Spencer in ‘Bad Teacher.’ In 2013, he was seen in Jill D'Agnenica-directed drama film ‘Life Inside Out’ alongside his mother Maggie Baird. In the same year, he also played Ronnie Jr. in the popular TV series ‘Modern Family.’ In 2015, he was cast to play Alistair in four episodes of musical comedy-drama television series ‘Glee.’ In the same year, he also voiced a character named Liam Binet in the popular video game ‘Fallout 4.’
Finneas O'Connell released his first single ‘New Girl’ in 2016. In the same year, he produced Billie Eilish's debut extended play (EP) ‘Don't Smile at Me’ which peaked on ‘US Billboard 200’ at number 14. In 2017, he came up with his second single ‘I'm in Love Without You.’ Apart from producing Eilish's debut album ‘When We All Fall Asleep, Where Do We Go?’ in 2018, he also released eight singles, namely ‘Heaven,’ ‘Break My Heart Again,’ ‘Landmine,’ ‘Life Moves On,’ ‘College,’ ‘Let's Fall in Love for the Night,’ ‘Luck Pusher,’ and ‘Hollywood Forever.’
In 2019, he headlined sold-out shows in Los Angeles and New York. In the same year, he also released singles, such as ‘Claudia’ and ‘I Lost a Friend.’ He also appeared in the music video of ‘New Girl’ which was directed by Emma Sydney Menzies. Apart from writing the lyrics of his sister’s songs, Finneas O'Connell has also written lyrics for several other singers.
Recommended Lists:

Male Pop Singers
American Singers
American Musicians
American Pop Singers
Family & Personal Life
Finneas O'Connell is in a relationship with American social media personality and YouTuber Claudia Sulewski. His 2019 single ‘Claudia’ was written partly after their first meet. O'Connell himself is popular on social media. He posts pictures depicting his personal life on his Instagram page which has more than 600,000 followers. He also has thousands of followers on his Twitter account which was created on July 6, 2013. His self-titled YouTube channel, which was created on January 2, 2014, has gathered more than nine million views.
Finneas O'Connell is close to his sister, Billie Eilish. He often collaborates with her and helps her release her songs and albums. His mother .Maggie Baird, is an actress, known for films like ‘Mass Effect 2’ and ‘Life Inside Out.’ O'Connell currently lives in Highland Park, Illinois where he continues to work on his music.
Recommended Lists: 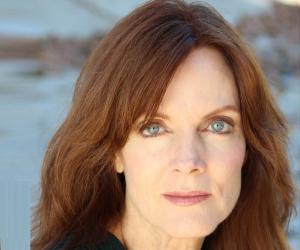