Advanced Search
Fe Villanueva del Mundo was a pediatrician, author and humanitarian from the Philippines. She is recognized and celebrated for her pioneering work in the field of pediatrics. From founding the first pediatric hospital in the Philippines to serving the poor through her medical practice, del Mundo’s contributions are endless. After earning her medical degree from Manila, she went to the United States to earn her master’s degree. After training at various reputed institutions, she returned to her country to serve the International Red Cross. She contributed to the field of medicine by researching on dengue, a prevalent malaise during that time. She went on to become a teacher and wrote a foundational textbook on Pediatrics. Her most noble contribution is The Children’s Medical Hospital, which she built. The hospital served many in need and continues to do so today. She continued her medical practice well until her death in 2011. Her contributions have been recognized internationally, and she has been the recipient of several awards, including the Ramon Magsaysay Award for Public Service. She was also awarded the National Scientist of the Philippines in 1980 and became the first woman to be bestowed the honor. Her contributions continue to benefit millions today. Benjamin Spock
DID WE MISS SOMEONE?
CLICK HERE AND TELL US
WE'LL MAKE SURE
THEY'RE HERE A.S.A.P
Quick Facts 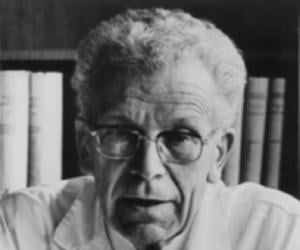