Advanced Search
Fazlur Rahman Khan was a Bangladeshi-born American civil engineer who is remembered for his innovative structural systems, especially in high-rise building construction. Regarded as the "father of tubular designs,'' he was also a pioneer in computer-aided designs (CAD). Khan later settled in Chicago, a city that eventually became the base for his ground-breaking structural marvels. He brought a revolution in the skyscraper construction technology during the latter half of the 20th century. He was also known as the ''Einstein of structural engineering'' and amazed the world with some of his masterpieces, such as the 'Sears Tower' (which was the tallest building in the world from 1973 to 1998) and the 'John Hancock Center' (a building that towers over 100 stories). His contribution to the field of structural engineering was aptly honored with countless awards and honorary positions. The 'Council on Tall Buildings and Urban Habitat' has established the 'Fazlur Khan Lifetime Achievement Medal' to felicitate outstanding engineers. Additionally, Khan published several papers and articles on structural engineering.

Sir Christopher...
3rd April In History
DID WE MISS SOMEONE?
CLICK HERE AND TELL US
WE'LL MAKE SURE
THEY'RE HERE A.S.A.P
Quick Facts 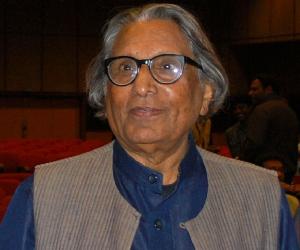