Oystein Aarseth, popularly known as “Euronymous,” was a Norwegian guitarist and one of the co-founders of the Norwegian metal band ‘Mayhem.’ He also owned a music label named ‘Deathlike Silence Productions’ and was the owner of a record shop called ‘Helvete’ in Oslo. Euronymous is revered by extreme musicians for bringing black metal to life. Although he set a benchmark for black metal music, Euronymous was quite infamous for his hatred of humans. He always wore black clothes and leather jackets and was a self-proclaimed Satanist. Many young fans even idolized him for his unconventional outlook toward life. He did hair-raising yet dreadful things during his short life. In one of such incident, he photographed the body of his dead bandmate after he died at his home. One of those photos was used as a cover for the band’s live album ‘Dawn of the Black Hearts. On August 10, 1993, Euronymous was brutally murdered by fellow musician Varg Vikernes. Vikernes later stated that he had murdered Euronymous to save himself because Euronymous had plotted to kill him that night. Vikernes was imprisoned for 21 years for his crime.
Continue Reading Below 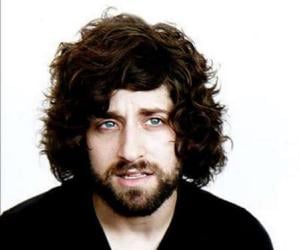 Norwegian Celebrities
Norwegian Men
Aries Musicians
Male Musicians
Male Guitarists
Childhood & Early Life
Oystein Aarseth was born on March 22, 1968, in Egersund, Norway. Not much is known about his parents or childhood, although his mother was known to have liberal views.
Continue Reading Below
You May Like

The Hottest Male Celebrities With The Best Abs
Early Career
He founded ‘Mayhem’ in 1984, with Jo`rn “Necrobutcher” Stubberud and Kjetil Manheim. He chose to use the stage name “Destructor” but later changed it to “Euronymous.”
In 1986, the band released its first album, ‘Pure Fucking Armageddon.’ This was followed by another release, ‘Metalion in the Park,’ under the band name “Checker Patrol” in the same year.
In 1988, Per Ohlin, popularly known as “Dead,” and Jan Axel Blomberg, also known as “Hellhammer,” joined the band. The three bandmates lived together and rehearsed at a house in the woods.
Career
Their EP ‘Deathcrush’ made it to British magazine ‘Kerrang!’s list of the top 20 albums.
The band’s next album was titled ‘Live in Leipzig’ and was recorded in 1990. However, it was not released until 1993. Meanwhile, his bandmate Dead was found dead at Euronymous’s home.
It was thought to be a suicide. Euronymous were more of an enemy than a friend to Dead, and it is believed, they could not tolerate each other.
Varg Vikernes stated that Dead had even stabbed Euronymous with a knife once. Euronymous had reportedly photographed his dead body before calling the police.
He also made a stew out of Dead’s brain and made necklaces out of his skull fragments. It is said he gifted those necklaces to musicians he deemed worthy of becoming successful.
One of the photos of Dead’s corpse was used as the cover of the band’s live album ‘Dawn of the Black Hearts,’ which was released in 1995. ‘Mayhem’ released three more albums, namely, ‘Freezing Moon’/ ‘Carnage’ (1996), ‘Out from the Dark’ (1995), and ‘De Mysteriis Dom Sathanas’ (1994).
Continue Reading Below
‘De Mysteriis Dom Sathanas’ is considered to be one of the most influential heavy metal albums ever. Dead died after recording ‘Out from the Dark,’ whereas ‘Det som Engang var’ was Euronymous’s last release before his death, under the band name ‘Burzum.’
Other Major Works
Euronymous was the founder of the first ever black-metal label, ‘Deathlike Silence Productions’ in Oslo.
The record label was based at ‘Helvete,’ a record shop opened by Euronymous around 1991. The walls of the shop were painted black, and the windows exhibited tombstones made of polystyrene.
After a controversy surrounding the burning of the ‘Fantoft Stave Church’ in Bergen, Euronymous decided to shut down ‘Helvete.’
Awards & Achievements
Euronymous was ranked 51 out of ‘The 100 Greatest Heavy Metal Guitarists of All Time’ by ‘Guitar World.’ His albums turned out to be a big influence on the fans of heavy metal.
In a poll started by ‘Norwegian Air Shuttle,’ he was voted to be featured on their aircrafts’ tail fin. However, on the request by Euronymous’s family, his name was removed.
Family, Personal Life & Legacy
Euronymous was a misanthropist and believed in spreading hatred, evil, and other dark emotions. He was fascinated by Satanic views and loved the idea of forced disappearance, violence, and terror.
He once stated, “as I HATE people I don't want them to have a good time, I'd like to see them rot under communist dictatorship.” He believed in the Devil and once stated that people should obey to be the slaves of religion.
While he claimed to be evil and stated that he wanted to spread hate and sorrow, his close friends and family considered it a projection of his public image.
One of his bandmates also stated that he was a nice person and a family man. However, many claimed that he later got trapped in the image of a heavy metal musician.
He made people feel useless and believed that he was the only real black metal god. On August 10, 1993, he was brutally stabbed by fellow musician Varg Vikernes.
There were 23 stab wounds on his body. He was 25 years old at the time of his death.
Varg denied the charges, saying he had only acted in self-defense. He said that a mutual friend had told him about Euronymous’s plan of murdering him.
Varg was imprisoned for 21 years for murder, arson of three churches, attempted arson of a church, and theft and storage.
Euronymous’s legacy is such that he and his bandmates are still known as the true lords of dark metal.
You May Like

See the events in life of Euronymous in Chronological Order 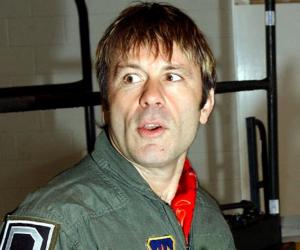