Advanced Search
Ernesto Fonseca Carrillo, better known as “Don Neto,” is a notorious Mexican criminal and drug dealer. He is a former leader of the infamous ‘Guadalajara Cartel,’ a raging criminal group of the 1980s. Together with Miguel Ángel Félix Gallardo (“The Godfather”) and Rafael Caro Quintero, he contributed to the growth of the hallucinogen market in the US, Mexico, and Colombia. Cocaine and cannabis were the most-trafficked drugs under their reign. Under Fonseca’s leadership, the cartel was also involved in money laundering, extortion, and arms trafficking. The elusive drug dealer was arrested by the ‘Drug Enforcement Administration’ (DEA) in 1985. Multiple charges were brought against the drug lord at the time of his conviction. Despite living a dangerous life, the octagenarian criminal has managed to outlive most of his contemporaries and descendants. Apart from the ‘Guadalaraja Cartel,’ Fonseca was also associated with other ill-famed groups, such the ‘Sinaloa Cartel,’ the ‘Juárez Cartel,’ the ‘Tijuana Cartel,’ and the ‘Gulf Cartel.’ Buck Barrow
1st August In History
DID WE MISS SOMEONE?
CLICK HERE AND TELL US
WE'LL MAKE SURE
THEY'RE HERE A.S.A.P
Quick Facts

Mexican People
Mexican Men
Leo Criminals
Male Criminals
Mexican Criminals
Childhood & Early Life
There are differences in opinion regarding Fonseca’s date of birth. While some sources suggest he was born on August 1, 1930, other sources argue that he was born much later, in 1942. The ‘DEA’ official records favor the former claim.
There is, however, no controversy regarding Fonseca’s place of birth. He was born and raised in Santiago de los Caballeros, Badiraguato, Sinaloa, Mexico.
Badiraguato, a small town in northern Mexico, where Fonseca had spent his early childhood, is part of the municipality bearing the same name. The region is known as the hometown of several drug lords, such as Joaquín Guzmán.
Evidently, Fonseca grew up in a place that was the breeding ground for anti-socials, and he himself was shaped by the same. In his early years, he was associated with the criminal organization ‘Aviles.’ Much later, after the death of the leaders of the group, Fonseca took over the drug routes that were previously under the control of the organization.
Continue Reading Below
Criminal Offenses
Ernesto Fonseca Carrillo was one of the leaders of the ‘Guadalaraja Cartel,’ which is well-known for having forged an amicable relationship with the leading drug lords of Mexico. He supervised the drug cartel along with his two partners, Miguel Ángel Félix Gallardo and Rafael Caro Quintero. Caro Quintero and Caro Quintero, along with Fonseca, were the co-founders of the said cartel, which prospered between 1980 and 1989.
The cartel was engaged in shipping cocaine, variants of cannabis, and other drugs to the US. Guadalaraja was one of the earliest drug-trafficking groups, and Fonseca, along with his partners, initiated the tyrannical reign of drug lords in Mexico and the US.
The leaders’ alliance with the intelligence agency ‘DFS,’ headed by Miguel Nazar Haro, further allowed the smuggling business to prosper.
Following the death of Avilés, of the infamous criminal organization carrying his name, Fonseca and his partners took over the control of the trafficking routes, later forging business relations with the Colombian cartels, transporting cocaine from Colombia to the US, and charging 50% of the transported cocaine as their payment.
Sources believe that the leaders of the drug cartel were making an annual profit of $5 billion. Fonseca Carrillo and his partners were also involved in other criminal activities, such as money laundering, arms trafficking, extortion, torture, and murder.
Following the arrest of Fonseca Carrillo and Rafael Caro Quintero in 1985, Félix Gallardo decided to split the business among various partners. The ‘Juarez’ route was assigned to Fonseca Carrillo’s nephew, Amado Carrillo.
Once arrested, Fonseca Carrillo was also indicted for the murder of ‘DEA’ agent Enrique aka Kiki Camarena. Camarena was reportedly abdicated, tortured, and murdered by the ‘Guadalaraja Cartel.’
Initially, Fonseca denied any involvement in the murder, insisting it was carried out under the instructions of Rafael Caro Quintero and that he had personally objected to the torture that Camarena had been subjected to. Later, however, he admitted that he had played a role in the murder of the ‘DEA’ agent.
Arrest & Imprisonment
In 1982, Fonseca Carrillo was charged with money laundering in San Diego. Before the ‘DEA’ could ambush him where he was reported to be hiding, he successfully escaped to Mexico.
On April 7, 1985, he was arrested by the Mexican army in Puerto Vallarta. The army surrounded his villa before giving him the choice to surrender. He followed the instructions and did as he was told.
Fonseca was sentenced to 40 years of imprisonment by the Mexican judicial system. However, in July 2016, he was shifted to his house due to old age and several diseases, including colon cancer and glaucoma.
The petition for his house arrest, first introduced by his defense attorneys in 2013, faced severe opposition from the attorney general’s office and was rejected by the judiciary. Nevertheless, on July 22, 2016, the renewed petition was granted by the Mexican justice system. Following this, Fonseca Carrillo was kept under house arrest. His sentence was scheduled to end in 2025.
Under exclusive probation, Fonseca Carrillo was allowed to step out of his house without the electric bracelet on March 31, 2017, which effectively brought an end to his house arrest. Fonseca lives in a lavish villa in Atizapán de Zaragoza. 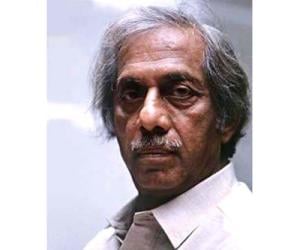 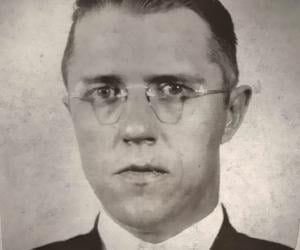