Advanced Search
Ernest Borgnine was an American film and television actor who left an impressionable mark on the world of entertainment with his acting prowess, strong on-screen presence, sharp acumen and brilliant performances. Interestingly, films happened to Borgnine upon his mother’s insistence. He originally started his career in navy in 1935. Ten years later, he was honourably discharged from the services. Acting wasn’t even on his mind but when his mother encouraged him to pursue a glamorous career, he thought of giving it a try. Six decades, almost 100 films and 30 television series later, Borgnine can be safely counted among the best actors of the millennium. He won one Academy, one BAFTA and one Golden Glove Award. Interestingly, Borgnine defied his age at every juncture of his career. In 2007, he became the oldest Golden Globe nominee ever for his performance in the film, ‘A Grandpa for Christmas’. Two years later, at 92, he earned an Emmy nomination for his work on ‘ER’. See the events in life of Ernest Borgnine in Chronological Order 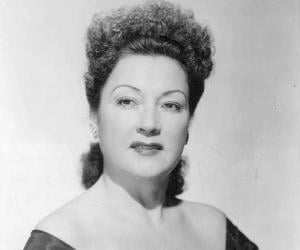