Eric Henry Liddell was a Scottish athlete, rugby player and a famous missionary. He is most famously known as the winner of the men's 400 meters at the 1924 Summer Olympics in Paris. The son of Scottish missionaries in China, Liddell was born and spent some of his childhood in China, before settling in England for his education. He was known as a brilliant sportsman in his school and college. After learning Pure Science from University of Edinburgh and side by side taking part in races and rugby matches, Liddell ran in 400 meters at the 1924 Summer Olympics in Paris and made a world record in the process. But athletics was not the true calling of his life - he left all the fame and glory to serve as a missionary in China, just like his parents. He became a schoolteacher there to teach and spread the word of God. Liddell was the one who sacrificed his life for the emancipation of China during its worst time - the Japanese invasion of China in 1937. His life is an example of love, sacrifice and true humanity, he lived for the gold far greater than the Olympics gold - the gold of being able to bring change into people’s lives. Scottish Celebrities
Rugby Players
Scottish Men
University Of Edinburgh
Male Athletes
Childhood & Early Life
Eric Liddell was born in Tientsin, north China to Reverend James Dunlop Liddell. His parents were Scottish missionaries with the London Missionary Society, stationed in China at the time he was born.
He went to Chinese schools until the age of five but was later sent to Eltham College, Mottingham—boarding school in England for the sons of missionaries. His parents used to visit him, with his sister and younger brother.
Liddell was a brilliant sportsman at school and was named the best athlete of the year and awarded the Blackheath Cup, which is why he was made the captain of both the cricket and rugby union teams.
While he was studying at the Oxford College in England, stories of him being the fastest runner in Scotland started to do the rounds. He was seen as the potential Olympic winner.
Not just a sportsman, Liddell was also a strongly principled Christian, which is why he was selected to speak at the Glasgow Students’ Evangelical Unit. In 1920, he enrolled himself at the University of Edinburgh to pursue Pure Science.
He became the member of the Scottish national rugby union team and from 1922, played seven Five Nations matches for them. The following year, he won the AAA Championships in athletics in the 100 and 220 yards. 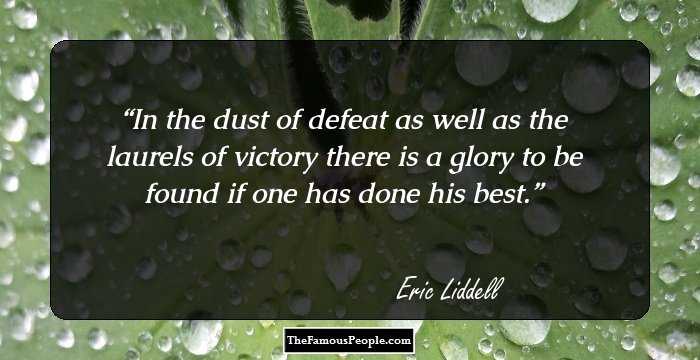 The Most Popular US Veterans
Career
Liddell was triumphant in various British competitions, winning the shorter sprint distances at the Triangular International Contests from 1921-1923; the competition showcased athletes from Scotland, England and Ireland.
He was included in the British Olympic squad which was destined for the Olympics in Paris in 1924, and although he was a strong contender in the 100 meters event, due to his religious principles, Liddell refused to run on a Sunday.
He refused to run in the 100m heats, which were held on a Sunday and instead became a member of the squad designated to run in 400 meters, a distance which he could handle very well, but it was certainly not his specialty.
An great run won him not only a gold medal by a margin of some six meters, but also a world record of 47.6 seconds in the process was set.
In 1925, at the Scottish Amateur Athletics Association meeting in Glasgow, he set his Scottish championship record of 10.0 seconds in the 100, won the 220 yard contest in 22.2 seconds and won the 440 yard contest in 47.7.
He was only the fourth athlete to have won all three sprints at the SAAA, achieving this accomplishment in 1924 and 1925. These were his final races on the British grounds - he pursued his religious duties after this.
Liddell travelled up to China to serve as a missionary from 1925-1943, just the way his parents did. He started his work first in Tianjin and later went to the town of Xiaozhang, Zaoqiang County, Hengshui, Hebei province.
He competed in races intermittently in china. His wins over the French and Japanese Olympic teams in the 200 and 400 meters at South Manchurian Railway celebrations in China (1928) and a victory at North China championship (1930) are worth mentioning. 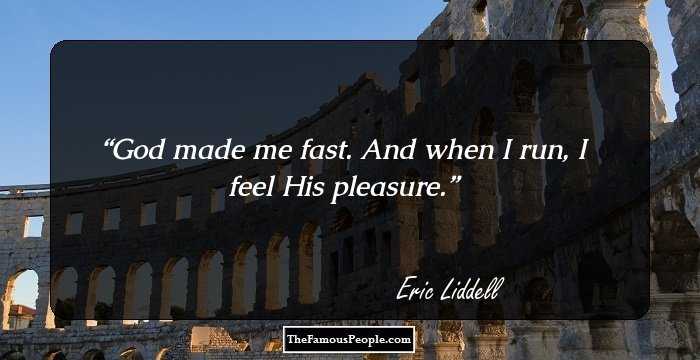 Quotes: Me, God, I
Personal Life & Legacy
When he first reached China as a missionary, Liddell taught at an Anglo-Chinese College, to wealthy Chinese students in the hope that they will grow up and use their resources to spread the word of god.
In 1934, after getting ordained a minister of religion, Liddell got married to a Canadian missionary, Florence Mackenzie. The couple had three daughters together - Patricia, Heather and Maureen.
During the Japanese attack on China, Liddell suffered from a mental breakdown due to an untreatable brain tumor and malnutrition. He died in 1945 in China.
You May Like

Quotes By Eric Liddell | Quote Of The Day | Top 100 Quotes

See the events in life of Eric Liddell in Chronological Order 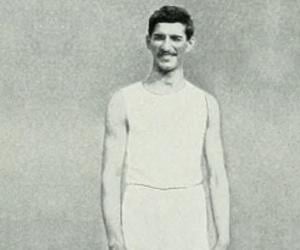