Empress Dowager Cixi was a Chinese empress dowager and regent of the Qing Dynasty who through an exclusive group of corrupt and conservative officials controlled China for around half-a-century. An imperial concubine of Xianfeng Emperor, who gave birth to his only son Zaichun, she gradually emerged among the most powerful women in Chinese history. Following emperor’s death and enthronement of Zaichun as Tongzhi Emperor, she became Empress Dowager and assumed co-regency with Empress Dowager Ci'an ousting regents inducted by the late emperor. After demise of Tongzhi Emperor, she took full control over the Qing dynasty enthroning her nephew as the Guangxu Emperor. She backed the Self-Strengthening Movement and consented for the principles of Hundred Days' Reforms, however refused to suddenly implement it sans bureaucratic support. She put Guangxu Emperor under virtual house arrest for backing radical reformers and attempting to kill her. She initially backed the Boxer groups following the Boxer Rebellion but after China’s defeat at the hands of the Allied armies and signing of the Boxer Protocol, she started implementing fiscal and institutional reforms that saw the outset of China moving towards a constitutional monarchy.
Continue Reading Below Chinese Celebrities
Chinese Empresses & Queens
Women Historical Personalities
Chinese Historical Personalities
Chinese Female Historical Personalities
Childhood & Early Life
Cixi was born on November 29, 1835, to Yehenara Huizheng and Lady Fuca. According to palace archives, her father, who was an ordinary official from the Manchu Yehenara clan, was working in Beijing in 1835, indicating her place of birth as Beijing.
In 1851, she was selected as one of the concubines of Xianfeng Emperor with a few others among 60 candidates. She was styled "Noble Lady Lan" being positioned in the 6th rank of imperial consorts.
She became "Imperial Concubine Yi" in 1854, being raised to the 5th rank of consorts.
She gave birth to Zaichun on April 27, 1856, who became the only surviving son of the emperor. Following Zaichun’s birth she was promoted to the 4th rank as "Consort Yi" and in the following year she climbed to the third rank of consorts as "Noble Consort Yi", a position second to the Empress.
Her reading and writing skills in Chinese language, hard to find in other Manchu women in the imperial household, led her to regularly aid the ailing emperor in running his state affairs thus giving Cixi a hand on experience on the art of governing as also equipped her with important data.
Continue Reading Below
You May Like

Who Is The Greatest Female Warrior In History?
Rise to Power, Rule & Administration
On August 22, 1861, the Xianfeng Emperor, who was already in an ailing health condition, died at the Chengde Mountain Resort in Rehe Province.
Before his death, the emperor inducted eight of his most prestigious ministers as the "Eight Regent Ministers" to guide his only surviving son Zaichun, the future emperor.
As a result of the death of the emperor, the Empress and Cixi were elevated to the positions of Empress Dowager Ci'an and Empress Dowager Cixi respectively. Zaichun was enthroned on November 11, 1861.
Cixi’s sharp political sense and prior experience in aiding the emperor in state affairs gradually developed her into an astute political strategist.
She took Empress Dowager Ci'an into confidence and conspired secretly with Prince Gong and Prince Chun - brothers of the late emperor, and with skilled ministers and soldiers who faced ostracism in the hands of the eight regents led by Sushun, Zaiyuan and Duanhua.
She launched Xinyou Coup against the eight regents to seize power that not only saw their dismissal but also execution of Sushun, Zaiyuan and Duanhua.
Her involvement in the coup was contrary to the tradition of the Qing Dynasty which dictated that women and princes were never to get involved in politics, marking her the sole empress dowager of the dynasty to execute control from "behind the curtains", renowned in Chinese as “chuí lián tīng zhèng”.
Two regal edicts were issued on behalf of the boy emperor, marking one of Cixi’s initial "ruling behind the curtain" acts. While one of them stated change of his regnal title to Tongzhi from Qixiang, the other mentioned the Empresses Dowager as the only decision makers "without interference". Prince Gong was by that time inducted as Prince-Regent.
Cixi rose to prominence amidst foreign challenges as well as internal discord. She went on a bureaucratic overhaul and executed two prominent officials, Qingying and He Guiqing, who slipped in performing their duties, thereby setting example for others.
Continue Reading Below
Following China’s several military defeats and concessions to foreign powers including in the Second Opium War (October 8, 1856-October 24, 1860), a peace-making process was initiated by China with Prince Gong becoming head of Grand Council and Zongli Yamen.
A period of institutional reforms known as Self-Strengthening Movement was observed in China from 1861 to 1895. Although Cixi supported it along with the military and technological reforms to strengthen China against Western powers, she rejected to adopt Western models of government.
A foreign-language school ‘Tongwen Guan’ was opened in 1862 in Beijing, boys were sent to the US for studies and other foreign programmes were undertaken. However, as she sensed threat to her power from the liberal thinking of those who studied overseas, she ceded the policy of sending students abroad in 1881.
The ongoing Taiping Rebellion that started in December 1850 between Manchu-led Qing dynasty and Taiping rebel army ended with a Qing victory in July 1864 under the command of Zeng Guofan. He was conferred the "Marquess Yiyong, First Class” title, for the feat.
Meanwhile, increasing control of Prince Gong in regular court affairs gradually put Cixi at unease and she started considering him as a threat to her power. She went on to dismiss him from his responsibilities in April 1865, but she was forced to reinstate him as head of Zongli Yamen amidst several petitions.
Although reinstated, Prince Gong lost his Prince-Regent title and strived to regain his prominence in the political scene thus manifesting once again Cixi’s supremacy in politics and strong-will to keep absolute power in her own hands.
Following Tongzhi Emperor’s death on January 12, 1875, Cixi selected Zaitian, the three-year old first son of Prince Chun and his primary wife Yehenara Wanzhen - younger sister of Cixi, to ascend the throne.
Zaitian was enthroned as Guangxu Emperor on February 25, 1875. The Empresses Dowager became regents of Guangxu Emperor and following the death of Ci'an in April 1881, Cixi became the sole regent.
She retired from her second regency on March 5, 1889, nevertheless was consulted by Grand Councillors, officials and Guangxu Emperor on major political decisions.
Following China’s defeat to Japan in the First Sino-Japanese War (August 1, 1894–April 17, 1895), Guangxu Emperor ordered a number of reforms to make extensive national, political, cultural and educational changes. However, the reform movement, better known as Hundred Days' Reform, that lasted from June 11 to September 21, 1898 ended in a coup d’état devised by Cixi led conservative opponents.
Guangxu Emperor faced virtual house arrest for backing radical reformers and attempting to assassinate Cixi.
The Boxer Rebellion, a fierce uprising in Northern China against Western colonialism and Christian powers, occurred from November 2, 1899 – September 7, 1901and it was initially backed by Cixi.
The defeat of Chinese forces by invading Allied armies that followed however led to signing of Boxer Protocol between Qing Empire and Eight-Nation Alliance on September 7, 1901 in Beijing.
Her later years saw her commencing on implementing institutional and fiscal reforms that marked the starting point of China in turning into a constitutional monarchy.
Personal Life & Legacy
She died on November 15, 1908, a day after Guangxu Emperor’s death. Prior to her death, on November 14, 1908, she enthroned Puyi, grandson of Yixuan, Prince Chun as the new emperor.
You May Like 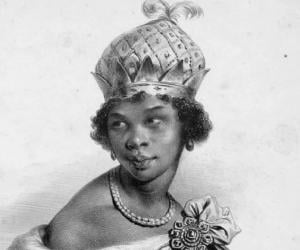