Emeli Sandé is a British singer and songwriter. She began writing songs at an early age and eventually delved into singing. Sandé later gave up her medical studies to pursue music and had already bagged a couple of record deals with premier labels by then. She went on to perform with several of the U.K.'s most successful artists before embarking on a solo career in 2010. The talented singer had already won a ‘BRIT’ award and a ‘MOBO’ award before releasing her debut album, 'Our Version of Events,' in 2012. 'Our Version of Events’ consisted of four ''Top Ten'' pop singles. She made successful collaborations with Chipmunk (for 'Diamond Rings') and David Guetta (for 'What I Did for Love’). With several ''Top Ten'' entries as a featured artist, Sandé has written songs for Tinie Tempah, Leona Lewis, Alicia Keys, and rising U.K. artist Labrinth. 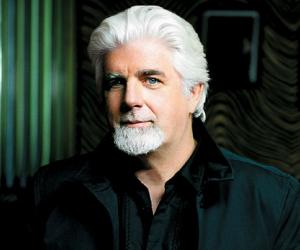 Scottish People
Soul Singers
Black Musicians
Black Soul Singers
Lyricists & Songwriters
Childhood & Early Life
Adele Emily Sandé was born on March 10, 1987, in Sunderland, Tyne and Wear, England, to a Zambian teacher and choirmaster, Joel Sandé, and his English wife, Diane Sandé-Wood. She grew up in Alford, Aberdeenshire, Scotland, where she attended the 'Alford Academy' school.
She joined the 'University of Glasgow' to study medicine but quit after graduating with a degree in neuroscience.
Sandé began writing songs at the tender age of 11. She started her journey in music with a primary-school talent show. One of the first songs she wrote was 'Tomorrow Starts Again.' She eventually grew more interested in music and learned to play the clarinet and the piano.
The life story of Frida Kahlo inspired her a lot. She even has Kahlo's portrait inked on her forearm. She got the tattoo after graduating medical school.
At 15, Sandé participated in the 'Rapology' competition organized by 'Choice FM.' English actor, presenter, and rapper Richard Blackwood invited her to perform gospel music for the ‘MTV’ studios in Camden, which marked her first London appearance
After about a year, she cracked a record deal with 'Telstar' but had to turn it down to pursue academics.
A video showing Sandé playing the piano and singing was sent to the 'BBC Urban' music competition. She ended up winning the contest and then earned a record deal. Unfortunately, the deal was later canceled. She, however, was promoted as an upcoming artist by the 'Urban Scot' collective.
A collection of her songs sent to 'BBC Radio 1Xtra' got her featured on 'Homegrown Sessions.' She also got acquainted with music producer-writer Shahid Khan, better known as ''Naughty Boy,'' with whom she delivered one of her biggest career hits later.
Continue Reading Below
You May Like

The Best Black Actresses Of All Time
Career
Sandé began working with Naughty Boy and came up with her and Chipmunk's debut single, 'Diamond Rings,' in 2009. The song was one of the “Top 10” hits of the country.
She was signed by 'Virgin Records' in 2010 and 'EMI Records' the following year. Sandé's second ''Top Ten'' hit with Naughty Boy was the comeback single of British rapper Wiley, 'Never Be Your Woman,' which released on February 28, 2010, under 'Relentless Records' ('Virgin Records').
Around the same time, Sandé dropped her first name, “Adele,” as English singer-songwriter Adele had become a celebrity by then. She thus chose her middle name to be used professionally.
In 2012, Sandé won the 'BRIT Critics' Choice Award’ and a 'MOBO Award.' Her debut studio album, 'Our Version of Events,' released on February 13, 2012, under 'Virgin Records,' while its first official single, 'Heaven,' released on August 12, 2011. The single received largely positive reviews.
The second single from the debut album, 'Daddy,' was released on November 27, 2011. It became the 'iTunes' song of the week in early January 2012. The album also topped the U.K. charts and featured many songs written by her.
'Heaven' and 'Next to Me' received immense critical and commercial acclaim. They were among the most played songs on the radio that year.
Sandé collaborated with British rapper Professor Green for his lead single 'Read All About It' from his second studio album, 'At Your Inconvenience,' released on October 21, 2011. Sandé performed the song at the closing ceremony of the 2012 'London Olympics.' She also performed Henry Francis Lyte's Christian hymn 'Abide with Me' at the opening ceremony.
On December 15, 2011, she received the 'BRIT Critics' Choice' award. Her name was nominated for the 'BRIT Award' for the 'British Breakthrough Act' in 2012.
Sandé was felicitated at the 2013 'European Border Breakers Awards' held at the 'Eurosonic Noorderslag' music festival in Groningen. That year, she bagged two more ‘BRIT’ awards: one for the ‘British Female Solo Artist’ and the other for the ‘British Album of the Year.’
Continue Reading Below
In January 2013, English singer-songwriter Ella Henderson announced a collaboration with Sandé on her debut album. In May, Sandé delivered a prestigious performance at the ‘White House’ during a ceremonial honor given to Carole King by President Obama.
In 2013, Sandé released the concert album 'Our Version of Events: Live at the Royal Albert Hall.' The year also witnessed the song 'Next to Me' (from the original album), which won two 'Ivor Novello Awards': one for the 'Best Song Musically and Lyrically' and the other for 'PRS for Music Most Performed Work.'
Sandé's second full-length album, 'Long Live the Angels,' released in 2016. It reflected her Zambian heritage. The album also featured her father and the 'Serenje Choir of Zambia.' It debuted at number 2 on the ‘U.K. Albums’ chart.
In 2017, Sandé experimented with her compositions, releasing a dance-oriented single titled 'Starlight' in September that year. The same year, she was granted the honorary title of the 'Member of the Order of the British Empire’ (MBE). She also received the ‘BRIT’ award for the 'Best British Female Solo Artist' and won a 'BASCA Gold Badge' award the same year.
Sandé's subsequent years were tumultuous with regard to her personal life. She eventually overcame the issues and began a journey of self-discovery. Soon, she was back, making headlines with her new single, a lush gospel power ballad titled 'Sparrow,' from her third album, 'Real Life,' which released on September 13, 2019.
On May 23, 2019, a single from her next album, 'Extraordinary Being,' was used as part of the soundtrack of the film 'X-Men - Dark Phoenix.' The same day, she was named the new chancellor of the 'University of Sunderland.' In November, she campaigned for the ‘Labour Party’ for the 2019 U.K. general election.
Family & Personal Life
In January 2012, Sandé announced her engagement with her long-time boyfriend but did not reveal his identity. On September 15, 2012, the day the two got married, the world finally came to know that her fiancé (and then-husband) was a marine biologist named Adam Gouraguine. The two divorced after 2 years.
Sandé recorded 'Long Live the Angels' after the divorce but did not promote it as a “breakup album.”
She then dated rapper Hypo after meeting him through common friends. They broke up in 2017 but maintained a professional friendship. The two collaborated as partners in Sandé's new publishing company 'Hard Copy.'
Philanthropy
Sandé has been associated with several charitable bodies and events, such as Elton John’s AIDS Foundation Event' the 'Mines Advisory Group,' 'Nordoff Robbins,' the 'Prince's Trust,' and 'The Circle.' She promotes and raises funds for 'Fashion Targets Breast Cancer.' She has also partnered with 'Yamaha UK' and contributed to the launch of the program 'Community Clavinova.'
On November 15, 2014, Sandé and several other artists helped the charity group 'Band Aid 30' to raise funds for the 2014 Ebola crisis in Western Africa.
In 2018, she performed at the 'Youth & Philanthropy Initiative (YPI) Scotland National Event’ at the 'Perth Concert Hall' to aid secondary school pupils who work for local issues.
Sandé also works for 'The Serenge Project,' named after the birthplace of her father. Working with 'Oxfam,' the charity provides education and medical help to the local community.
Trivia
She is a big fan of cellist Jacqueline du Pré.

See the events in life of Emeli Sandé in Chronological Order 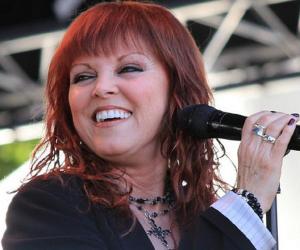