Elizabeth Kloepfer is an American author and administrative assistant. She is best known for her relationship with the infamous serial killer, rapist, necrophile, and sociopath Ted Bundy. She played a major role in getting Bundy arrested in 1975 when she approached the police with vital information that helped them charge Bundy with the murders. Kloepfer started hogging the limelight in 1981 when she published a 183-page memoir titled ‘The Phantom Prince: My Life with Ted Bundy,’ chronicling her six-year relationship with Bundy. Even though he was a serial killer, Kloepfer called Bundy a warm and loving man in her memoir. Kloepfer’s memoir was adapted into a film titled ‘Extremely Wicked, Shockingly Evil and Vile’ which premiered on January 26, 2019 at the ‘Sundance Film Festival.’ 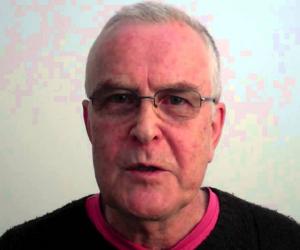 Abdul Rahim Kha...
Writers #3082
DID WE MISS SOMEONE?
CLICK HERE AND TELL US
WE'LL MAKE SURE
THEY'RE HERE A.S.A.P
Quick Facts

American People
American Writers
American Female Writers
Early Life & Career
Elizabeth Kloepfer was born in 1946 in Ogden, Utah, United States of America. After graduating from high school, Kloepfer attended a college from where she earned a bachelor’s degree in ‘Business & Family Life.’ Kloepfer got married at a young age and gave birth to her daughter, Tina. However, her marriage soon ran into trouble and ended in divorce, prompting Kloepfer to turn to alcohol. In an attempt to start life afresh, she moved from Ogden, Utah to Seattle, Washington where she landed an opportunity to work as a secretary at the prestigious ‘University of Washington School of Medicine.’ Kloepfer was insecure, lonely, and desperately wanting to be loved at the time when she met Ted Bundy.
You May Like

The Hottest Male Celebrities With The Best Abs
Continue Reading Below
Relationship with Ted Bundy
Kloepfer left Tina under the care of a babysitter and accompanied her friend to a local bar where she met Bundy. She approached him as he was sitting alone and looked sad. After enjoying a great conversation with him, Kloepfer allowed Bundy to spend a night at her house. Eventually, Kloepfer fell in love with Bundy whose feelings towards her were inconsistent yet strong. Despite having a volatile relationship, Kloepfer and Bundy enjoyed each other's company, so much so that they almost got married. They even got a marriage license from the courthouse after borrowing $5 from a friend. However, Bundy tore the license into pieces after having a heated argument a few days later.
In 1974, Kloepfer became suspicious of Bundy's strange behavior after learning of the murders and rapes of two young women through news reports. She even approached the police who didn’t think Bundy was responsible for the rape and murder. Kloepfer continued living with Bundy and never told him that she had approached the authorities. Their relationship started dwindling when Bundy moved to Olympia in search of a job. When Kloepfer learned about women going missing in Olympia, she was convinced that Bundy was involved. She approached the police again in 1975 and the information provided by her helped the officials charge Bundy with the murders. On January 24, 1989, Bundy was executed by electrocution. His body was cremated and the ashes were scattered at an undisclosed location in Washington.
Personal Life
In 1981, Elizabeth Kloepfer published her memoir ‘The Phantom Prince: My Life with Ted Bundy.’ She wrote the book under the pseudonym Elizabeth Kendall as she did not want to hog the limelight. In 2019, director Joe Berlinger adapted her memoir into a movie titled ‘Extremely Wicked, Shockingly Evil and Vile.’ Berlinger had the rare opportunity to interview Kloepfer and Tina before directing the movie. In one of his interviews, Joe Berlinger said that Kloepfer showed him her family photos and letters written to her by Ted Bundy. Though she gave her consent to adapt her book into a film, she chose not to attend the film’s premiere at the ‘Sundance Film Festival’ as she wanted to stay away from the limelight. In the movie, Elizabeth Kloepfer is played by actress Lily Collins, while Theodore ‘Ted’ Bundy is portrayed by Zac Efron.
You May Like 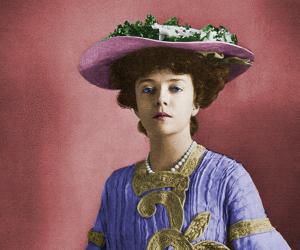