Dodie Clark is a YouTube personality, singer, songwriter, and author from the UK. She runs a YouTube channel named doddleoddle on which she shares her original and cover songs. She also owns a side channel under the name doddlevloggle on which she posts her vlogs. Known for her ukulele and piano covers, Clark has millions of subscribers on doddleoddle. Her secondary channel doddlevloggle has thousands of subscribers. Among her extended plays (EPs) Intertwined and You have impressed her fans the most. Both of these EPs have appeared in the top 40 in the UK Albums Chart. Over the course of her career, Dodie Clark has collaborated with many YouTubers, including Flashback and Jon Cozart. Toby Randall
11th April In History
DID WE MISS SOMEONE?
CLICK HERE AND TELL US
WE'LL MAKE SURE
THEY'RE HERE A.S.A.P
Quick Facts 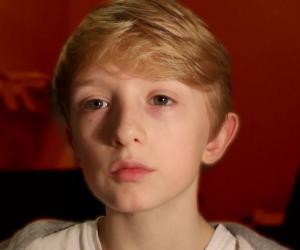 Dodie Clark created her first ever YouTube channel in August 2007, along with her friend Alice Webb. Originally called Dodders5, this channel was later renamed Alice and dodie show! A few years later, on February 7, 2011, she created her main channel doddleoddle. Clark posted an original song titled Rain on April 14, that year. This was followed by several more original songs as well as covers. Then on January 28, 2012, the English beauty came up with her side channel titled doddlevloggle. She employed this channel to post her vlogs concerning her personal life. The side channel owned by Clark has managed to gather 910K subscribers. Meanwhile, her main channel has accumulated two million subscribers. She has also gathered over 1.1 million followers on Instagram.

On 18 November 2016, Dodie Clark released her first EP titled Intertwined which charted at No. 36 on the UK Albums Chart within the first week of release. This album contains several singles, including Intertwined, Absolutely Smitten, Life Lesson, and Sick of Losing Soulmates to name a few. The singer’s second EP You was released in August 2017. This EP peaked at No. 6 on the UK Albums Chart as well as at No. 55 on the US Billboard 200 chart.

In 2017, Dodie Clark was honored at the Shorty Awards under the YouTube Musician category. The same year, she also won the Breakthrough Award at Summer in the City Awards. Over the years, she has also received nominations at Streamy Awards and Independent Music Awards.

Dodie Clark was born Dorothy Miranda Clark on April 11, 1995, in Enfield, London, England, UK. She has a sister named Hedy and a brother named Iain.

Talking about her love life, Dodie Clark was in a relationship with Tow Law. After breaking up with him, she dated YouTuber Sammy Paul. In November 2015, Dodie disclosed on Twitter that she is bisexual. She later talked about her bisexuality in a video that she posted on YouTube in 2016. 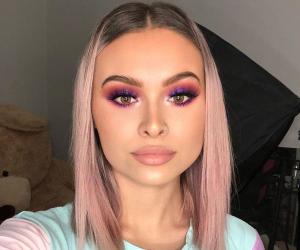