DJ Panton is a famous child YouTuber hailing from USA. He is notable for appearing on his self-titled channel where he posts challenges and vlogs alongside his sister Yaya. He is also a part of the channels 'Pantons Squad' and 'Panton Kids' that are managed by his parents, the popular YouTubers Don and Malinda Panton. He is quite innovative and smart for his young age. Confident in front of the camera from an early age, DJ is featured in a variety of kid-friendly videos like challenges, games, toy reviews, vlogs, hauls, and more. Even though he is just a child, he is already quite famous on YouTube. His collaborative channels ‘Dj Panton,’ 'Pantons Squad' and 'Panton Kids' have accumulated millions of views and subscribers. Coming to his behind-the-scenes personality, the child YouTube star is a very calm and composed boy. His innocence has won the hearts of millions of his viewers. 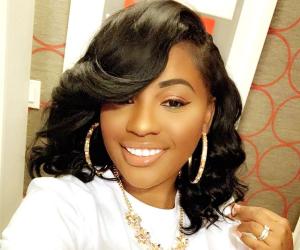 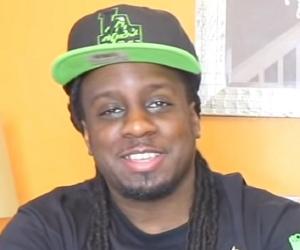 American People
Male Youtubers
Pisces Youtubers
American Vloggers
American YouTubers
Rise to Stardom
DJ Panton joined the social media platform YouTube in January 2017. Since then, he has been featuring on his self-titled channel alongside his elder sister, Yaya. This channel features challenges, skits, toy reviews, pretend play situations, DIY vlogs, and a lot more! With over 200k subscribers and more than a million views, the kid-friendly channel is definitely worth following!
Recommended Lists:

Pisces Male
DJ Panton is also a member of the collaborative channel ‘Pantons Squad’. Launched on January 5, 2017, this family-friendly channel features family vlogs along with fun content like pranks and challenges. The most popular video on this channel is ‘Reacting To My 9 Year Old Daughter’s Cringey Musical.lys.’ The channel is a successful one and has managed to earn over 1.2 million subscribers as of December 2018.
The child YouTuber also features on his family’s third channel. This channel, ‘Panton Kids,’ was launched on July 8, 2017. It features content for school-going kids. From slime videos and science experiments to funny kids’ videos, the channel has got a lot to offer. Talking about its popularity, ‘Panton Kids’ has over half a million subscribers. This channel’s most viewed video is 'Dunk Tank Challenge Girls VS Boys,’ which is quite interesting to watch. The video has earned over 13 million views as of now.https://www.youtube.com/watch?v=TdRWlf8nIOc
Continue Reading Below
Family & Personal Life
DJ Panton was born on February 23, 2012 in the United States of America to Don and Malinda Panton. Both of his parents are well-known YouTube personalities who manage the channels ‘Dj Panton,’ ‘Pantons Squad,’ and ‘Panton Kids.’ DJ has an elder sister named Yaya who is also a YouTuber. She features on the family channels as well as on her own self-titled channel. Yaya has around 200k subscribers on her self-titled channel.https://www.youtube.com/watch?v=SbpX1YFa9I8