Dick Van Dyke, born as Richard Wayne Van Dyke is an American actor, singer, dancer, comedian, and producer. The elder brother of the late entertainer Jerry Van Dyke and father of actor Barry Van Dyke, he has worked for about seven decades in the entertainment industry. He first got fame from his radio and stage career and then went on to play his breakthrough role of Rob Petrie in CBS’s ‘The Dick Van Dyke Show,’ a sitcom that ran from 1961 to 1966. Besides TV, Dyke also made prominent appearances in musical films and movies, such as ‘Bye Bye Birdie’, ‘Curious George’, ‘Mary Poppins’, ‘Night at the Museum: Secret of the Tomb’ and ‘Curious George’, to name a few. He also served in the United States Air Force during the World War II. Born to Loren Wayne "Cookie" Van Dyke, a salesman, and Hazel Victoria, a stenographer, the future actor grew up in Danville, Illinois, alongside his brother Jerry. He went on to attend Danville High School where his schoolmates were Bobby Short and Donald O'Connor, both of whom would go on to become successful entertainers. Dyke became a computer animation enthusiast in 1991. His passion was seen in ‘The Dick Van Dyke Show Revisited’ and ‘Diagnosis: Murder’ where he used his own 3D-rendered effects. He has also displayed his computerized imagery work at SIGGRAPH. A father of four, the American actor has been married twice. The veteran actor is the recipient of numerous awards including the SAG Life Achievement Award. American People
American Men
Missouri Actors
Tall Celebrities
Tall Male Celebrities
Childhood & Early Life
Van Dyke was born as Richard Wayne Van Dyke on December 13, 1925, in Missouri. His father, Loren Wayne "Cookie" Van Dyke was a salesman while his mother Hazel Victoria worked as a stenographer. He is the brother of the late actor, comedian, and musician Jerry Van Dyke.
He studied at Danville High School alongside future entertainers Bobby Short and Donald O'Connor. One of his best friends was a cousin of the future actor Gene Hackman.
His mother's family was extremely religious and in his youth, Dyke thought of pursuing a career in ministry.
He left high school in 1944 to join the United States Air Force during the World War II. Although at first he was denied enlistment many times, he was eventually accepted in the army as a radio announcer. Eventually he was transferred to the continental United States as part of the Special Services and entertaining troops. 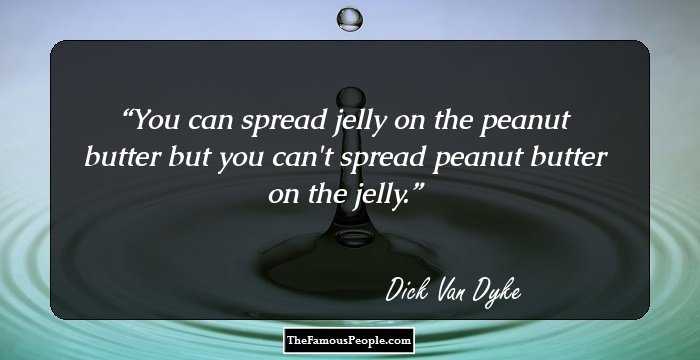 Famous Beautiful Women With Green Eyes
Career
During the late 1940s, Dick Van Dyke served as a radio DJ in Danville. In 1947, he formed a comedy duo with pantomime performer Phil Erickson called "Eric and Van—the Merry Mutes”. The duo first toured the West Coast nightclub circuit and then brought their act to Atlanta in the early 1950s. Then they performed in a local TV show featuring original skits and music titled "The Merry Mutes.”
Dyke then started his career on television through a comedy program on WDSU-TV New Orleans Channel 6 (now NBC). His first appearance on the network TV was in ‘James' Chance of a Lifetime’ in 1954. During his early career, the actor also appeared on NBC's ‘The Polly Bergen Show’ and ABC's ‘The Pat Boone Chevy Showroom.’
In November 1959, he made his Broadway debut in the play ‘The Girls against the Boys’. From April 1960 to October 1961, he played the lead role of Albert Peterson in the play ‘Bye Bye Birdie’.
In 1961, Dyke was approached for the sitcom ‘The Dick Van Dyke Show’. He eventually agreed to appear in the drama as Rob Petrie alongside veteran actors Morey Amsterdam, Rose Marie, Richard Deacon, Ann Morgan Guilbert, and Carl Reiner.
He landed his first film role in 1963 when he played the lead role of Albert Peterson in the movie version of ‘Bye Bye Birdie’. Soon after this, Dyke was cast in two roles in Walt Disney's 'Mary Poppins’. He next had a role in the comedy-drama ‘The Comic’ which was written and directed by Carl Reiner.
The American legend starred in the sitcom ‘The New Dick Van Dyke Show’ from 1971 to 1974 where he played a local television talk show host. In 1973, he lent his voice to the final episode titled ‘Scooby-Doo Meets Dick Van Dyke’ in Hanna-Barbera's ‘The New Scooby-Doo Movies.’
Dyke then returned to comedy in the year 1976 with a sketch comedy show called ‘Van Dyke and Company.’
In 1980, he played the title role in the Broadway revival of ‘The Music Man’. During the rest of the decade, he did mostly TV films. One of the artist’s roles was as a murdering judge on an episode of the series ‘Matlock.’
In 1987, he guest-starred in an episode of the TV series ‘Airwolf’ with his son Barry Van. Two years later, Dyke appeared on NBC’s ‘The Golden Girls’. In 1990, he took a minor but villainous role as DA Fletcher in Warren Beatty's movie ‘Dick Tracy’.
Continue Reading Below
He portrayed a doctor in the media drama ‘Scrubs’ in 2003. After this, the actor made a guest appearance as Dr. Jonathan Maxwell in the series ‘Murder 101.’
In 2006, he returned to motion pictures and appeared in the movie ‘Night at the Museum.’ Three years later, he reprised his role in the film’s sequel called ‘Night at the Museum: Battle of the Smithsonian’. Dyke played the role once again in the third movie ‘Night at the Museum: Secret of the Tomb’ in 2014.
In 2010, he appeared in the children's album ‘Rhythm Train.’ He rapped on one of the album's songs.
In 2017, he released his first solo album ‘Step (Back) In Time’. He also recorded a duet single with actress Jane Lynch. This song titled "We're Going Caroling" was released as a Christmas track that year. 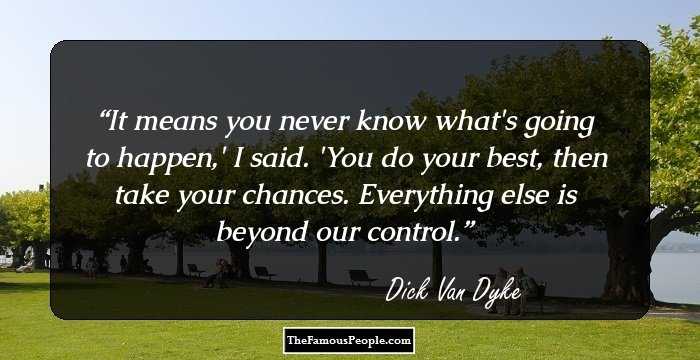 Quotes: You, Never, I
Major Works
In 1968, Dick Van Dyke appeared in the flick ‘Chitty Chitty Bang Bang’ alongside Sally Ann Howes. This British musical adventure fantasy flick directed by Ken Hughes was loosely based on Ian Fleming's 1964 novel titled novel ‘Chitty-Chitty-Bang-Bang: The Magical Car.’ Along with Dyke, the movie included popular artists like Heather Ripley, Adrian Hall, Lionel Jeffries, Robert Helpmann, James Robertson Justice and Gert Fröbe.
From 1993 to 2001, he appeared in the popular TV drama ‘Diagnosis: Murder.’ In this American comedy/crime/medical/mystery drama series, the actor played Dr. Mark Sloan, a medical doctor who solves crime cases with the help of his son Steve, a detective played by Dyke's real-life son Barry. The series began as a spin-off of the drama ‘Jake and the Fatman’ and then went on to debut as a weekly TV series on CBS.
Personal Life
On February 12, 1948, Van Dyke married former Margerie Willett on the radio show ‘Bride and Groom.’ The couple had four kids, Christian, Stacy, Barry and Carrie Beth, before divorcing in 1984.
The actor then went on to live with Michelle Triola, his longtime companion of over 30 years. Triola died in 2009. On February 29, 2012, Dyke married make-up artist Arlene Silver.
He has seven grandchildren. Most of his children and grandchildren, including son Barry and grandsons Carey and Shane, have careers in TV.
The American legend was a heavy smoker and drinker for many years of his adulthood. In 2013, he revealed that he had been experiencing symptoms of a neurological disorder from the past seven years. 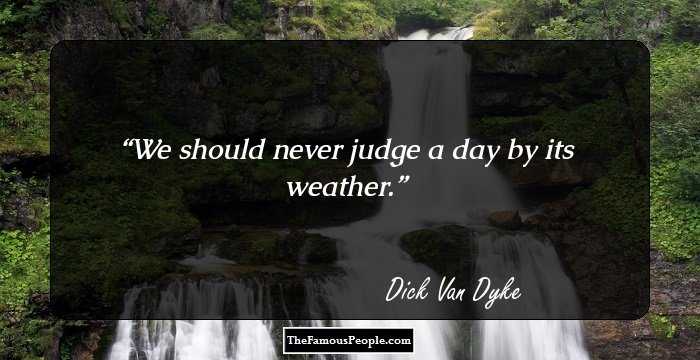 Quotes: Never
Trivia
Dick Van Dyke got his high school diploma in the year 2004, at the age of 78!
As an a cappella enthusiast, he has been singing in the group "Dick Van Dyke and The Vantastix" since 2000.