David Robert Joseph Beckham is a former English professional football player. During his playing days, he became one of the most famous footballers in the world owing to his successful stints at some of the most famous clubs and also for his skills as a midfielder that elevated him above many of his contemporaries. Beckham started off as a footballer in his home town of London and played for some local clubs before he entered the training scheme for young players at Manchester United. At Manchester United, David Beckham tasted success as the club went on an unprecedented winning spree through the mid and late 1990s. He won the coveted ‘treble’ with Manchester United and became one of their most famous players before going on to play for Real Madrid, AC Milan, Paris Saint-Germain and Major League Soccer team LA Galaxy in the United States. David Beckham was also an integral part of the supposed ‘Golden Generation’ of England national football team and captained the team for a major part of his career; however the team did not taste the success that was expected of it. Beckham has also been one of the biggest faces in the endorsement industry and has consistently been ranked among the richest footballers in the world throughout his career. Harper Beckham
DID WE MISS SOMEONE?
CLICK HERE AND TELL US
WE'LL MAKE SURE
THEY'RE HERE A.S.A.P
Quick Facts

David Robert Joseph Beckham was born 2 May, 1975, in the Leytonstone area of London, England, to David Edward Alan Beckham and Sandra Georgina. His father worked as an appliance repairman, while his mother was a hairdresser. Beckham grew up along with his two sisters.

David Beckham studied at Chase Lane Primary School as a child and then went on to study at the Chingford County High School. However, throughout his childhood Beckham was more interested in football and used to play for a local team known as Ridgeway Rovers.
David Beckham went for trials at several clubs like Norwich City and Leyton Orient before attending the school of excellence at Tottenham Hotspur football club. He played for the Brimsdown Rovers team as well and excelled during his stint there. However, his life truly changed when he was accepted into the Youth Training Scheme at Manchester United in 1991. 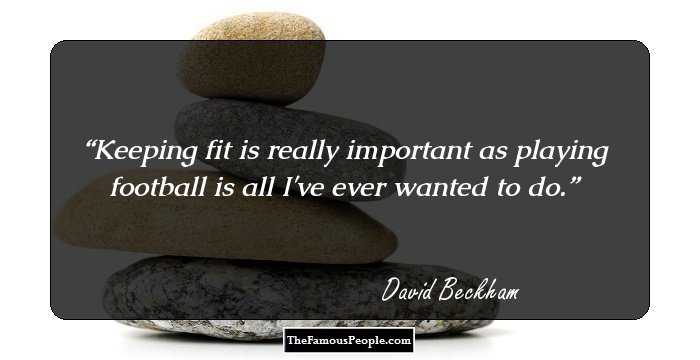 Continue Reading Below
Career
David Beckham became a part of the legendary ‘Class of ‘92’ youth players at Manchester United as he helped the club win the FA Youth Cup. In 1992 Beckham made his debut for the senior team and in the January of the following year he signed his first professional contract with Manchester United.
After a season on loan at Preston North End, he returned to Manchester United and slotted into the side as the right sided attacking midfielder in 1995. Next year he helped Manchester United do the Premier League and FA Cup double as manager Sir Alex Ferguson’s faith in the youth players paid off. He also made his international debut for England the same year.
He became an integral part of the Manchester United side of the mid to late 1990s that dominated English football and in 1999 he helped the team win ‘the treble’ (the Premier League, the FA CUP and the UEFA Champions League). Beckham became one of the world’s foremost midfielders during the time and during an eight year stint at Manchester United senior he scored goals in 262 games and won 6 Premier League medals.
In 1998, David Beckham played for England in the World Cup in France and scored one goal in the group game against Columbia. However, the World Cup ended in tears for Beckham as he was sent off in the round of 16 game and England were ousted from the tournament in penalties. Beckham was lambasted by fans and the media alike. The abuse from fans continued in European Championships in 2000 as England was eliminated in the first round.
Beckham became the captain of the England national team in 2000 and scored a last gasp equaliser in a World Cup qualifier against Greece to send England into the main tournament. He scored the winning penalty in the game against Argentina in the World Cup held in Japan and South Korea but England were eliminated in the quarters finals. At the European Championships, Beckham missed a vital penalty in the penalty shootout as England were eliminated by Portugal.
In 2003, David Beckham moved to Spanish giants Real Madrid after a tug of war with the other big club in Spain, FC Barcelona. Beckham became a member of the ‘Galacticos’ at Real Madrid as he teamed up with some of the best players in the world such as Ronaldo, Luis Figo, Zinedine Zidane and Roberto Carlos to form a legendary team. He played for Real Madrid for four years and scored 13 goals.
David Beckham played in his last World Cup in 2006 in Germany and scored a free kick in the round of 16 game against Ecuador to propel England to the quarter finals; in which they lost to Portugal and were knocked out. Beckham played for England in 117 games and scored 17 goals.
In 2007, David Beckham moved to the Major League Soccer side LA Galaxy based in Los Angeles and played for the team for five seasons. During those five years he also spent some time on loan at AC Milan; which led to complaints from the club’s fans. He scored 18 goals in 98 games for LA Galaxy.
In 2013, David Beckham moved to French side Paris Saint-Germain. It was a five month contract and all his wages went to charity. He retired from professional football at the end of that season. The following year Beckham bought an MLS expansion team for $25 million. 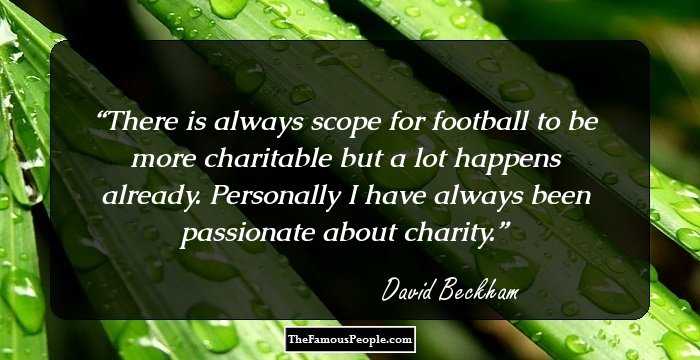 Achievements
David Beckham has won a number of trophies throughout his career as one of the world’s foremost midfielders of his time and his most important achievement is the fact that he played a vital role in Manchester United’s run to win treble in 1998-99.
Personal Life & Legacy
After being in a relationship with Spice Girls member Victoria Adams, also known as ‘Posh Spice’ for two years; David Beckham got married to her on 4 July, 1999. They have 4 children; the first three being sons named Brooklyn, Romeo and Cruz and the youngest is a daughter named Harper Seven.
According to the now defunct tabloid ‘News of the World’, David Beckham had an affair with her PA Rebecca Loos and model Sarah Marbeck. Beckham denied everything. 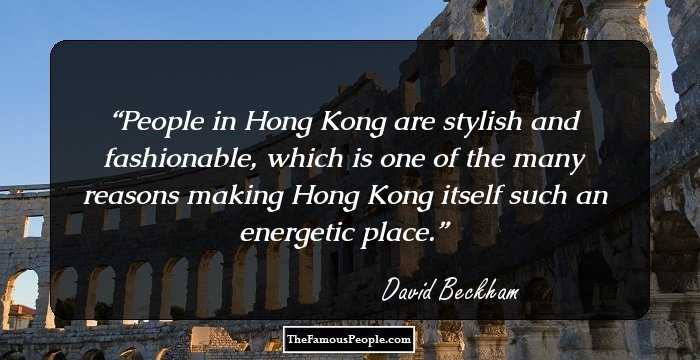 Quotes By David Beckham | Quote Of The Day | Top 100 Quotes

See the events in life of David Beckham in Chronological Order