4th April In History
DID WE MISS SOMEONE?
CLICK HERE AND TELL US
WE'LL MAKE SURE
THEY'RE HERE A.S.A.P
Popularity Index
00
Quick Facts

Who is David E. Kelley?

David E. Kelley is a multiple award-winning American television writer and producer who gained fame with his shows set around legal profession. These include L.A. Law, The Practice, Ally McBeal, Boston Legal and Harry's Law. His other famous shows include Picket Fences and Chicago Hope. He is one of the few select screenwriters whose shows have aired on all four major commercial television networks – ABC, CBS, Fox, and NBC – in the US. Apart from these, he has created miniseries – Big Little Lies and The Undoing – for HBO. Additionally, he has also created a successful series for the online streaming platform – Amazon – and is working towards a Netflix series. Kelley was a Boston University Law School graduate who worked as an attorney before venturing into the world of television. Over the years, his shows have won him not only critical appreciation but also a number of awards including 11 Emmys and 4 George Foster Peabody Awards. In 1999, he created history when he received the Emmy Award for Outstanding Comedy (Ally McBeal) as well as Outstanding Drama (The Practice). Till date, he holds the distinction of being the only producer to win both the awards in same year. He is also the recipient of awards from Golden Globes, Writers Guild of America and Publicists Guild of America and was inducted into the Television Academy Hall of Fame in 2014. David Edward Kelley was born on 4 April 1956, in Waterville, Maine to Jack and Virginia (Ginny) Kelley. His father was a civic center operations director and a hockey coach while his mother worked various jobs.

He grew up in Belmont, Massachusetts and attended Belmont Hill School. He later joined the Princeton University from where he completed his BA degree in political science in 1979. Thereafter, he joined the Boston University School of Law completing his Juris Doctor degree in 1983.

Simultaneously, he began writing a screenplay for a legal thriller movie. The script was optioned in 1986 and a year later became the moderately successful movie, From the Hip.

The script caught the attention of television producer Steven Bochco who was searching for writers with legal knowledge for his new NBC legal series, L.A. Law. Impressed with Kelley’s skill, Bochco brought him on board as a writer and story editor.

David E. Kelley initially kept his job at the law firm; however, his responsibilities on the show only increased and he quit his job a year later.

By 1989, he also became the executive producer of the show when Bochco left. After five seasons with the show, he left; however, the decline in the popularity brought both him and Bochco back to the show as creative consultants, midway in the sixth season. He continued to work for the show till 1992.

Along with Bochco, he created Doogie Howser, M.D., a medical drama series about a teenaged doctor which ran between 1989 and 1993.

In 1992, he launched his own production company, David E Kelley Productions, and created, wrote and executive produced his own series, Picket Fences, for CBS. The show which had a police department of a small town at its centre ran for four seasons till 1996 and enjoyed a lot of critical success, but struggled with ratings.

In 1994, David E. Kelley created the second series for CBS – a medical show Chicago Hope which ran for six years and once again garnered critical appreciation and awards with average rating.

During this time, he was also writing for Picket Fences and the two work (around 40 scripts for both shows) together left him very little time to concentrate on his new production company and future projects. Hence, he stepped away from his role and hired new writers for the show. After five seasons; however, he made a comeback as a writer in 1999.

In 1995, Kelley and 20th Century Fox Television collaborated to create shows for both the ABC and FOX television networks in the next five years.

The Practice, aired on ABC, debuted in 1997 and provided a hard, realistic look inside a Boston law firm. The show was a slow starter as far as ratings were concerned; however, it soon picked up pace and became one of the top ten programmes. The show which ran for eight seasons till 2004 also won critical acclaim and awards.

The year 1997 also saw him creating another legal series, Ally McBeal, this one for Fox Television. The show was an immediate hit and ran for five seasons till 2002 and won awards too.

In the year 2000, Kelley and 20th Century Fox Television further increased their partnership with the former creating, writing and producing Boston Public (2000–04) for Fox television. The show revolved around the faculty of Boston high school and was not as much appreciated as his previous shows.

During this period, there were other shows too created, written and executive produced by David E. Kelley that failed to earn good ratings. These include Snoops (ABC-1999), girls club (Fox-2002), The Brotherhood of Poland, New Hampshire (CBS-2003) and The Law Firm (NBC-2005).

Boston Legal, a spinoff of his previously acclaimed show The Practice, began its run on ABC in 2004 and became successful. The lead characters of this new show were introduced in the final season of the original series itself. It ran for five seasons till 2008.

Between 2011 and 2013, he created and executive produced Harry's Law for NBC and The Crazy Ones for CBS. The former ran for two seasons while the latter was cancelled after only one season.

In 2016, he created his first online streaming show – Goliath – for Amazon Studios. The show became one of the most popular original series on Amazon and, in 2021, has been commissioned for its fourth and final season.

In 2017, he co-wrote and executive produced the HBO miniseries Big Little Lies which was based on Liane Moriarty’s popular novel. The show was appreciated and aired another season in 2019.

In 2020, he created, wrote and executive produced another miniseries for HBO called The Undoing. The show was a psychological series about a woman whose life turns upside down after a family member becomes a murder suspect.

He also wrote ABC crime drama series Big Sky which began airing in November 2020. His television projects that are expected in 2021 include series Big Shot and a miniseries Nine Perfect Strangers.

In the beginning of 2021, he was roped in to write the Netflix crime drama series, The Lincoln Lawyer. The show was originally meant for CBS.

In his long career, apart from television, he has also written and produced films. These include To Gillian on Her 37th Birthday (1996), Mystery, Alaska (1999) and Lake Placid (1999). The first of these starred his wife Michelle Pfeiffer.

See the events in life of David E. Kelley in Chronological Order 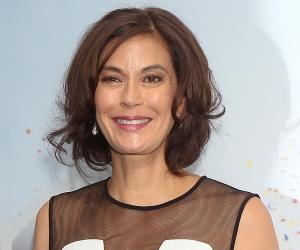 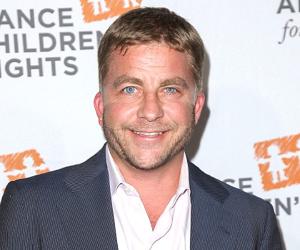