Winston Beigel, also known as Winston Rauch, is an American screenwriter, director, and producer. He is the husband of Hollywood actor Melissa Rauch. Winston has made a name for himself as a skilled writer in the entertainment industry, with works such as the short comedy ‘The Condom Killer’ and the sports comedy drama ‘The Bronze,’ both of which he co-wrote with his wife. Winston’s collaboration with Melissa goes back to the time when he started his career in the mid-2000s and co-wrote a one-woman show named ‘The Miss Education of Jenna Bush’ with Melissa, his then-girlfriend. The show was quite a success and earned Winston initial recognition. He then earned more fame co-writing and co-directing ‘The Condom Killer’ with Melissa. He also co-wrote ‘The Bronze’ with her. The couple have also been roped in by ‘CBS’ and ‘Warner Bros.’ to write the script of a comedy show titled ‘If We’re Not Married by 30,’ an adaptation of the popular novel of the same name by Anna Bell. Winston is also noted for adopting his wife’s last name. 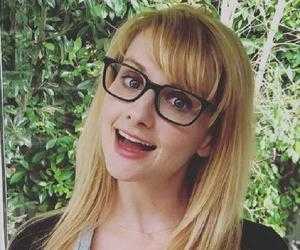 American People
T V & Movie Producers
American Men
American Directors
American TV & Movie Producers
Career
Winston started his career in the entertainment industry in 2005. He collaborated with his then-girlfriend, Melissa Rauch, and wrote a one-woman show titled ‘The Miss Education of Jenna Bush,’ which was also their first collaborative effort. Winston and Melissa were inspired to write the piece after they noticed that during the 2004 ‘Republican Convention,’ the then-president George W Bush’s daughter, Jenna, unaware of the fact that the microphone was on, was boasting to her sister about how much the crowd loved her. The monologue show, also directed by Winston and Melissa and starring the latter, became hugely popular with the audience and earned stellar reviews from critics, thus earning them both initial success and recognition. The show was tagged as an “audience favorite” and an “outstanding solo show” at the ‘New York International Fringe Festival’ in 2005. It also had a sold-out run at the ‘Coronet Theater’ in Los Angeles and at the ‘HBO US Comedy Arts Festival’ in Aspen, Colorado. Winston and Melissa then decided to relocate to Los Angeles. The success of the show led Melissa to earn the role of ‘Bernadette Rostenkowski-Wolowitz’ in the ‘CBS’-aired American TV sitcom ‘The Big Bang Theory.’ It was the most memorable role of her career. Their success also helped the two in getting an agent. Currently, they are represented by ‘WME’ and ‘Brillstein Entertainment.’
Winston co-wrote and co-directed the short comedy film called ‘The Condom Killer’ with Melissa. The film released on July 6, 2009, in the US. It featured Melissa in the role of ‘Audra.’ It marked yet another successful collaboration between the two. Winston later stole the limelight with yet another collaboration with Melissa, an American sports comedy–drama film named ‘The Bronze’ that he co-wrote with her. He also contributed as a producer for the film. It starred Melissa in the lead role of ‘Hope Ann Greggory.’ The world premiere of the film took place on January 22, 2015, at the ‘Sundance Film Festival.’ It was released theatrically by ‘Sony Pictures Classics’ on March 18, 2016. ‘CBS’ and ‘Warner Bros.’ hired the couple to write a script for ‘If We’re Not Married by 30,’ a comedy show based on the popular romantic comedy novel of the same name by Anna Bell. According to sources, the couple will also work as executive producers of the show, along with Mark Duplass and Jay Duplass, who earlier produced ‘The Bronze’ under the ‘Duplass Brothers Productions’ banner.
You May Like

American Film & Theater Personalities
Pisces Men
Continue Reading Below
Family & Personal Life
Winston Beigel was born on February 20, 1979, in Manhattan, New York City, US. It seems that Winston prefers to keep his personal life private, as he has not divulged much about his family background, parents, or early life. He is known to have completed his graduation from ‘Marymount Manhattan College.’ It was there that he met Melissa Rauch, his future wife. The two dated for sometime before getting married in 2007. Winston then adopted his wife’s last name, breaking the usual convention. Melissa suffered a miscarriage earlier, and possibly, this is why the couple did not reveal their second pregnancy during its first few months. On July 11, 2017, Melissa announced that the couple were expecting their first child. On December 4, 2017, she took to ‘Instagram’ to announce that they had had a baby girl. The girl was named Sadie Rauch. Winston presently lives with his family in Los Angeles.
Recommended Lists:
Film & Theater Personalities #26035
You May Like