Who was David Brenner?

David Norris Brenner was an American, comedian actor and author, who made a name for himself as pioneer of observational comedy. Born and raised in a poor neighborhood in Philadelphia, comedy became a major source of relief from the challenges he faced while growing up. After majoring in mass communication, he earned his first paying job at The Improv. Later he made his television debut on ‘The Tonight Show’ hosted by Johnny Carson and went on to become the most frequent guest on the show, with over 158 appearances, not including the times he was the guest host. He was a writer, director or producer of 115 television documentaries, winning many awards including an Emmy, before moving to comedy. He was over 30 and a successful writer, producer and director of documentary films when he began working in New York comedy clubs in the late 1960s. His cynical brand of observational humor made him a stand-up comedy star in the early 1970s and kept him in the public eye for more than four decades. He was one of the most successful comedians of his generation who created a unique place for himself in the world of showbiz and the hearts of millions.

Actors
Writers
Comedians
American Men
Childhood & Early Life
He was born on February 4, 1936, in Philadelphia, Pennsylvania, United States, to Louis Yehuda Brenner, a vaudeville comedian, and his wife, Estelle Anne Rosenfeld.
His parents belonged to Jewish community and he was raised in poor areas of South and West Philadelphia.
After completing high school, he joined the U.S. Army where he served in the 101st Airborne. He also worked as a cryptographer of the 595th Signal Corps in Böblingen, Germany.
After being discharged from the army, he enrolled in the Temple University from where he majored in mass communication and graduated with honors. 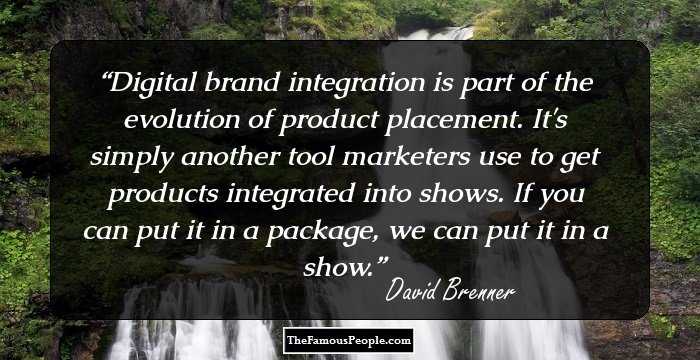 Pennsylvania Actors
Temple University
Male Writers
Aquarius Actors
Career
In June 1969, he performed his first paid gig at The Improv. After that, he began performing frequently at clubs in Greenwich Village.
In 1971, he made his national television debut on ‘The Tonight Show’, an American late-night talk show which aired on NBC. Since then, he became the show's most frequent guest, making a total of 158 appearances on the show.
Between 1975 and 1984, he guest-hosted ‘The Tonight Show’ with Johnny Carson 75 times. In addition to ‘The Tonight Show’, he also appeared on ‘The Ed Sullivan Show’, ‘The David Frost Show’, ‘The Mike Douglas Show’, and ‘The Daily Show’.
In 1976, he became the lead actor of the TV series ‘Snip’, which was inspired by the film ‘Shampoo’ and was set in a hair dressing salon. But the comedy series was cancelled by NBC before it aired due to its inclusion in the supporting cast of what would have been one of the first gay characters in an American situation comedy.
In 1983, he released the comedy album ‘Excuse Me, Are You Reading That Paper?’ on the MCA Records.
In 1986, he was offered his own 30-minute syndicated late-night talk show ‘Nightlife’ by the King World Entertainment which premiered on September 8, 1986, on 102 stations. But the show was cancelled after one season.
In 1989, he played a charity ball auctioneer in ‘Worth Winning’, a romantic comedy alongside actors, such as Mark Harmon, Madeleine Stowe, and Lesley Ann Warren. Same year, he also starred in his own one-man show on Broadway titled ‘The Laughs and Times of David Brenner’.
In 2000, he acted in the TV movie ‘David Brenner: Back with a Vengeance!’. He was also one of the featured celebrities in the 2005 documentary ‘The Aristocrats’.
He was also a writer who penned five books including ‘Soft Pretzels With Mustard’ (1983), ‘Revenge is the Best Exercise’ (1984), ‘Nobody Ever Sees You Eat Tuna Fish’ (1986), ‘If God Wanted Us to Travel...’ (1990), and ‘I Think There's a Terrorist in My Soup: How to Survive Personal and World Problems with Laughter-Seriously’ (2003).
Continue Reading Below 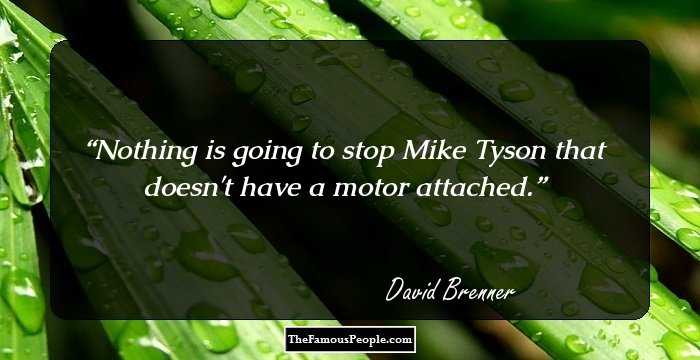 Male Comedians
American Actors
Aquarius Writers
American Writers
Awards & Achievements
In 1984, he was conferred the title of ‘Person of the Year’ by the ‘Broadcast Pioneers of Philadelphia’. In 2003, he was inducted into their Hall of Fame.
Comedy Central ranked him on #53 on its list of the 100 Greatest Stand-Up Comics of all time.
Recommended Lists:

American Comedians
American Film & Theater Personalities
Aquarius Men
Personal Life & Legacy
From 1980 to 1983, he was in a relationship with Charisse Brody, and together they had a son, Cole Jay, born in 1982. After the couple broke up, they fought the custody battle for Cole for several years, which he won in 1992.
On February 19, 2000, he married Elizabeth Slater of New York in the closing minutes of his ‘Live from The Venetian Hotel HBO Special’ recorded in Las Vegas. The couple was blessed with two sons, Slade and Wyatt. Later they got divorced and fought two custody battles, both of which he won.
In 2005, he was engaged to Tai Babilonia, a former American pair skater, but they never married.
On March 7, 2011, he married Ruth. The couple had no children of their own.
He died from cancer on March 15, 2014, at his Manhattan home in New York City, United States, at the age of 78. 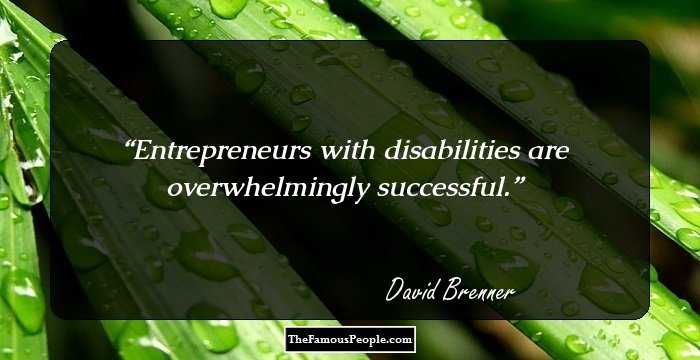 Quotes By David Brenner | Quote Of The Day | Top 100 Quotes

See the events in life of David Brenner in Chronological Order