Advanced Search
Dan Marino is a former American football quarterback. He played for the Miami Dolphins in the National Football League (NFL). For several years, he successfully led the college football team of the University of Pittsburgh. During the 1983 NFL draft, the Miami Dolphins picked him in the first round. He played for 17 seasons as part of this team. Despite his inability at scrambling, he pursued a successful career as a football quarterback well-known for his quick release. His only Super Bowl match was against San Francisco 49ers. Unfortunately, his team Miami Dolphins lost the match. He is considered as one of the finest quarterbacks in the history of American football for his playing techniques like his quick release and usage of powerful arms. He is the founding member of Laureus World Sports Academy. He has worked as a studio analyst for HBO’s show ‘Inside the NFL’. Presently he acts as an analyst for CBS’s show ‘The NFL Today’, broadcast on Sunday. ‘The Sporting News’ ranked him 27th position in its list of hundred greatest football players. This ranking made him highly paid Dolphins player. American People
American Football Players
American Men
University Of Pittsburgh
Tall Celebrities
Childhood & Early Life
Born in Pittsburgh, Pennsylvania, USA, Dan Marino was the eldest of three children of Daniel Marino and Veronica Marino. His father used to deliver newspapers for “Pittsburgh Post-Gazette”.
He spent his childhood in the South Oakland neighbourhood of Pittsburgh. There he studied at St. Regis Catholic Elementary School. Later, he joined Central Catholic High School, located in Pittsburgh.
At the Catholic High School, he started in baseball and won Parade All-American honours in football. Kansas City Royals drafted him in the 4th round of its amateur draft in 1979 but he decided to continue playing college football.
From 1979 to 1982, he played in the college football team of the University of Pittsburgh. In the Backyard Bowl, Pittsburgh Panthers, the university’s football team won a match against West Virginia University Mountaineers under his leadership in 1979.
In 1982, in a Sugar Bowl match, his University football team got victory against Georgia Bulldogs as a result of his a pass shortly before the end of the match.
In the 1983 Cotton Bowl Classic, Pittsburgh Panthers faced defeat to Southern Methodist. His four college seasons are marked with 7,905 passing yards and 74 touchdowns.
Due to his poor performance in senior season at the University’s football team, his selection status in the 1983 NFL Draft plummeted. Later, the Miami Dolphins selected him as the 27th pick in the first round. 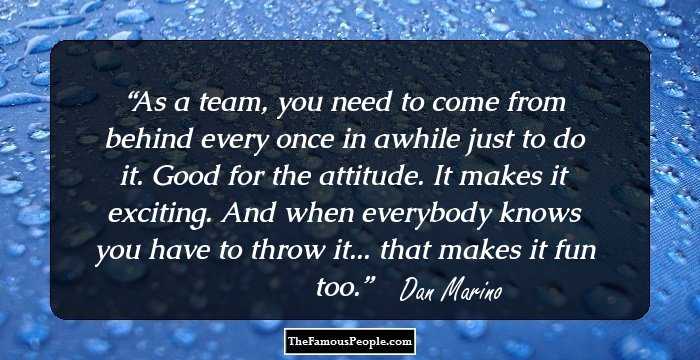 Continue Reading Below
Career
The Los Angeles Express drafted him as a part of the United States Football League. But he decided to sign with Miami Dolphins. He started his first season there as a backup to starter David Woodley.
In this season, he threw 20 touchdowns and was selected to the Pro Bowl as a rookie. Moreover, he was named as league Rookie of the Year. Gradually, he became the first quarterback to pass for 60,000 career yards.
During Super Bowl XIX, he played against San Francisco 49ers. As part of Dolphins, he finished with 29 completions out of 50 attempts for 318 yards. It was his only Super Bowl appearance in which his team lost the match.
In 1993, an injury at a game in Cleveland after throwing a swing pass restricted him from playing for the season. During a home game against the New England Patriots, he made 473 yards and five passing touchdowns.
In the same season, he led his team in a match against the New York Jets. In this particular match, he executed a fake spike for the winning touchdown pass, better known as ‘The Clock Play’. In this match, his team finished 10-6 and he passed for 4,453 yards and was named the NFL’s Comeback Player of the Year.
In 1997, he was actively involved in the marketing procedure of Team Cheever of the Indy racing League through FirstPlus Mortgage.
Together with driver Bill Elliott, he became the co-owner of a NASCAR Winston Cup racing team. When the Dolphins got victory against the Seattle Seahawks in a match on January 9, 2000, this match became his first playoff road win. It also marked his 36th comeback win.
The second round of this match was organized on January 16, 2000. In it, his team lost 62-7 to the Jacksonville Jaguars. This was the worst loss ever in AFC Playoff history. As a result of this, he was replaced by backup Damon Huard after performing one series in the second half.
He decided to take retirement before the 2000 season. At that time, he was flooded with offers from Minnesota Vikings, Tampa Bay Buccaneers and Pittsburgh Steelers. But he declined all of these offers.
In early parts of 2004, he served as Senior Vice President of Football Operations of the Miami Dolphins for a brief period. But after three weeks, he resigned.
In the year 2005, he was inducted into the Hall of Fame.
In 2008, the University of Pittsburgh offered him an honorary doctorate degree in broadcast journalism. At present, he works as an analyst for CBS’s ‘The NFL Today’. 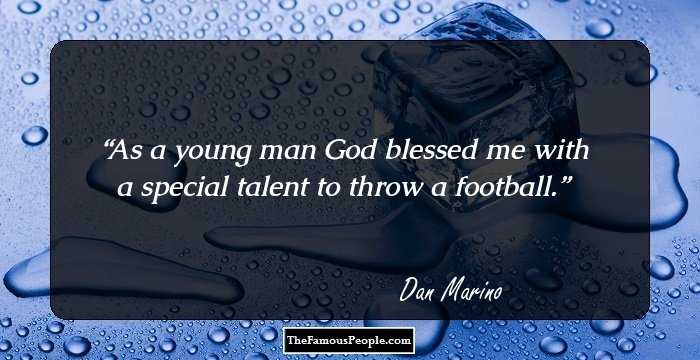 Personal Life & Legacy
He married Claire Marino in 1985. They have three sons and three daughters whose names are Daniel Charles Marino, Lia Marino, Niki Lin Marino, Joseph Donald Marino, Michael Joseph Marino and Alexandra Claire Marino.
In 2013, he admitted about his affair with Donna Savattere, a production assistant at CBS Sports. Their child Chloe Savattere was born in 2005. He shared the news of Chloe’s birth only with his wife.
Trivia
This former footballer of international fame features as the face of an advertising campaign for the NutriSystem weight loss programme. This advertisement targets male dieters as its potential customers. 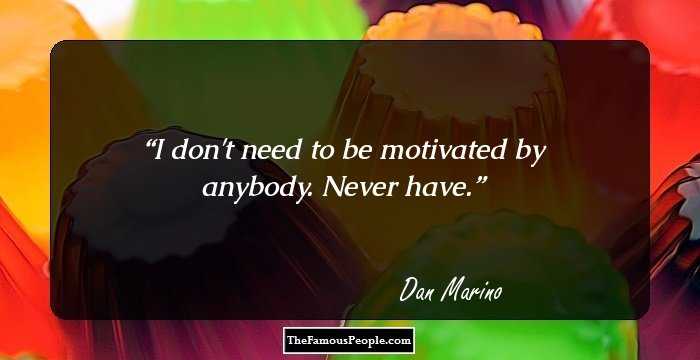 See the events in life of Dan Marino in Chronological Order