Dan Estabrook is an American photographer, sculptor, painter, and production designer. A reputable artist who has been active since the 1990s, he found fame as a pop-culture figure after his relationship with actress Megan Boone became public. He is originally from Boston and grew up deeply influenced by the city’s rich culture and tradition. He was a teenager when he first realised his passion for photography through the underground magazines of the punk-rock and skateboarding cultures of the 1980s. After earning a Bachelor’s degree from Harvard University, he enrolled at the University of Illinois and obtained an MFA degree from there. While Estabrook’s main medium is photography, he has forayed into sculpting, painting, drawing, and other forms of art on paper. He has hosted exhibitions all over the country and Europe and has won a number of awards. In 2009, a documentary on him and his art was released for Anthropy Arts’ Photographers Series. Currently, the Catherine Edelman Gallery in Chicago represents him. Tasya van Ree
DID WE MISS SOMEONE?
CLICK HERE AND TELL US
WE'LL MAKE SURE
THEY'RE HERE A.S.A.P
Quick Facts

American People
American Artists
Male Artists & Painters
American Artists & Painters
American Photographers
Education & Career
Art has always been part of Dan Estabrook’s life. Having been raised in a cultural melting pot like Boston, he was exposed to a variety of traditions and artistic expressions. He learned about art in city schools and the Museum of Fine Arts. When he was a teenager, he developed an interest in photography through the underground magazines of the punk-rock and skateboarding cultures of the 1980s.
After graduating from high school, he enrolled at the prestigious Harvard University to pursue a Bachelor of Arts degree. He was an exceptional student and graduated magna cum laude in 1990. He then went on to study for a Master of Fine Arts degree at the University of Illinois and passed out from there in 1993. While he was at Harvard, he received lessons on the alternative photographic processes from Christopher James.
One of his earliest exhibitions was held under the name ‘Minimal’ at Gallery X in Los Angeles, California in 1993. A year later, he hosted his solo exhibition at I-Space Gallery in Chicago, Illinois. In 1995, he was part of two exhibitions: ‘A New Direction’ at Warren Street Gallery in Hudson, New York and ‘Dysfunctional’ at Blue Note Gallery, in London, England. He travelled to San Francisco, California to host an exhibition at Catharine Clark Gallery in 1996. That year, he also hosted the solo exhibition named ‘Interior Views’ at Houston Center for Photography in Houston, Texas.
In 1997, he participated in the ‘Glorious Gardens’ exhibition at Bonni Benrubi Gallery in, New York City and ‘Time Zero: Artists and Polaroids’ at ESP Gallery in San Francisco. He returned to Chicago to hold the ‘UIUC/Glasgow Exchange Exhibition’ at I-Space Gallery and ‘The Camera Obscured II: Mixed Media Photography' at Catherine Edelman Gallery in 1998. In the following year, he was in New York to host ‘Inherent Vice’ as well as the self-titled exhibition at Sarah Morthland Gallery.
He began the new millennia by organising ‘The Exquisite Corpse’ exhibition at Printworks Gallery in Chicago. He also hosted ‘First Photographs’ at Sarah Morthland Gallery that year. In 2001, he made his way to Kansas City, Missouri to organize the ‘Re-Thought, Re-Seen: 21st-Century Photographers Using 19th Century Processes’ exhibition at UMKC Gallery of Art. He then came back to his hometown, Boston, to host the ‘Sun Works: Contemporary Alternative Photography’ at Art Institute.
In 2002, he was part of three exhibitions: ‘The Camera Obscured IV: Mixed Media Photography’ at Catherine Edelman Gallery in Chicago and ‘Pathetica’ and ‘The Antiquarian Avant-Garde’ at Sarah Morthland Gallery. In the year after that, he took part in ‘Pathetica and Other Stories' in Jackson Fine Art in Atlanta, Georgia. Estabrook was featured in two exhibitions in 2004; these were: ‘From Penland’ at Rebus Works in Raleigh, North Carolina and ‘Alchemy’ at Penland Gallery in Penland School of Crafts. In 2005, he participated in two exhibitions: ‘Wetlab: The New Nexus Between Art and Science’ at The Gallery of Contemporary Art in Sacred Heart University in Fairfield, Connecticut and ‘Dan Estabrook: Sleep and Nine Symptoms' at Catherine Edelman Gallery.
As a photographer, he creates contemporary art by utilizing the photographic techniques and processes of the nineteenth century. In 1994, he received an Artist’s Fellowship from the National Endowment of the Arts.
In 1997, Dan Estabrook served as a production designer on Jesse Peretz’s directorial venture, ‘First Love, Last Rites’. He was also associated with the art department on the 2018 musical drama ‘Juliet, Naked’.
Continue Reading Below
Family & Personal Life
Born in 1969, Dan Estabrook spent his childhood and young adulthood in Boston, Massachusetts, USA. Not much is known about his family.

Dan Estabrook has been in a relationship with actress Megan Boone for a long while. Boone is mostly known for portraying FBI agent and profiler Elizabeth Keen on the NBC mystery-drama series ‘The Blacklist’ (2013-present). In November 2015, Boone’s representative announced that she was pregnant with their first child. Their daughter, Caroline Boone Estabrook, was born on April 15, 2016. 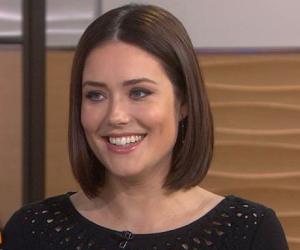 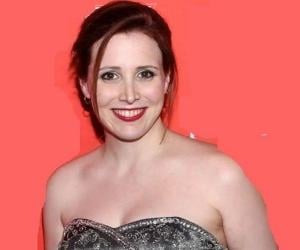