(Actor and Director Best Known for His Roles in the TV Series ‘L.A. Law’ and ‘Psych’)

Advanced Search
Corbin Bernsen is an American actor and director, best known for his portrayal of ‘Arnie Becker’ in the drama series ‘L.A. Law.’ Corbin was born and raised in North Hollywood, California, to a producer father and an actor mother. Hence, the influence of the entertainment industry on him was quite obvious when he was growing up. After graduating from ‘Beverly Hills High School,’ Corbin studied theater and earned his BA and MFA degrees from the ‘University of California, Los Angeles’ (UCLA). He made his film debut in 1967, with the small uncredited role of ‘Roy’ in the film titled ‘Clambake.’ Although he continued to play small/supporting roles in films over the years, he attained success primarily on TV. After making his TV debut in 1979, he appeared in the soap opera ‘Ryan’s Hope’ in the mid-1980s. In 1986, he started appearing in a leading role in the series ‘L.A. Law,’ for which he won both ‘Primetime Emmy’ and ‘Golden Globe’ nominations. He also ventured into film direction and production over time, directing films such as ‘25 Hill.’ ‘Rust,’ and ‘Dead Air.’ Tom Cruise
7th September In History
DID WE MISS SOMEONE?
CLICK HERE AND TELL US
WE'LL MAKE SURE
THEY'RE HERE A.S.A.P
Quick Facts 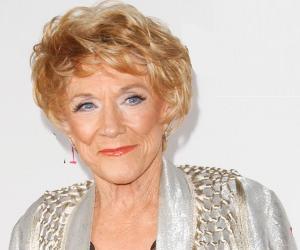 American People
American Men
California Actors
Beverly Hills High School
University Of California, Los Angeles
Childhood & Early Life
Corbin Bernsen was born Corbin Dean Bernsen, on September 7, 1954, in North Hollywood, California. His father, Harry Bernsen, Jr., was a popular Hollywood producer, and his mother, Jeanne Cooper, was a veteran actor who appeared in the successful soap opera ‘The Young and the Restless.’
Corbin was the eldest child in the family and grew up with two younger siblings: a brother named Collin and a sister named Caren. All three of the Bernsen children grew up to become actors.
He was born with a silver spoon and often socialized with celebrities when he was a kid. Hence, he slowly found himself drifting toward the entertainment industry. He graduated from the ‘Beverly Hills High School,’ located in Beverly Hills, California.
However, he initially wanted to pursue law. He then became interested in the entertainment industry in his teenage years and appeared in school theatrical productions. Following his high-school graduation, he enrolled at the ‘UCLA’ to pursue his BA degree in theater arts. He also earned an MFA in playwriting from the same university in 1979. However, much before that, he had already started appearing in films.
Before he started getting substantial film and TV roles, Corbin also modeled for a while.
Continue Reading Below
Career
Corbin started his career in the late 1960s with small roles in films such as ‘Clambake,’ ‘Three the Hard Way,’ and ‘Eat My Dust!’ His father was the producer of the film ‘Three the Hard Way.’ Corbin was studying at that time and focused more on his education. As soon as he graduated from the ‘UCLA’ in 1979, he ventured into TV.
After making his TV debut with small roles in series such as ‘Flying High’ and ‘The Waltons,’ Corbin earned the first meaty role of his career in the soap opera titled ‘Ryan’s Hope.’ He appeared in five episodes of the show in the mid-1980s.
This led to his acting breakthrough in 1986, when he began appearing as ‘Arnie Becker,’ a law-firm partner, in the legal drama series ‘L.A. Law.’ The series was one of the most successful ones of the decade and ran for eight seasons.
Corbin appeared in 171 episodes of the series and became one of the most critically acclaimed actors in it. He was nominated for a ‘Golden Globe’ and a ‘Primetime Emmy’ award for his performance in the series.
With the success of ‘L.A. Law,’ Corbin became a huge star in Hollywood and got a chance to appear on the covers of many leading magazines. He also earned a stint as a host on the popular show ‘Saturday Night Live.’
All the success also meant better offers to star in films. In the 1987 film ‘Hello Again,’ Corbin played the supporting role of ‘Jason Chadman.’ The film was an average box-office success but was received poorly by critics.
In the late 1980s, Corbin appeared in supporting roles in films such as ‘Major League’ and ‘Disorganized Crime.’ In the early 1990s, he appeared in guest roles in series such as ‘Star Trek: The Next Generation,’ ‘Out of This World,’ and ‘Dear John.’ He also regularly appeared in pivotal roles in TV films such as ‘Dead on the Money’ and ‘Grass Roots.’
After playing a supporting role in the 1991 film ‘Shattered,’ Corbin appeared in the first lead role of his film career in the comedy film titled ‘Frozen Assets.’ The film was a huge failure, both critically and commercially.
Throughout the 1990s, Corbin appeared in films such as ‘A Brilliant Disguise,’ ‘Trigger Fast,’ ‘Savage Land,’ and ‘Radioland Murders.’ He appeared in multiple films every year, without any significant success.
However, he earned some success with TV. He appeared in seven episodes of the series titled ‘A Whole New Ballgame’ and also appeared in many TV films such as ‘Bloodhounds,’ ‘Inhumanoid,’ and ‘Full Circle.’
In 2005, he earned a nomination for a ‘Satellite Award’ for his supporting role of ‘Harlan Dexter’ in the black comedy film ‘Kiss Kiss Bang Bang.’ Other than that, his film career in the 2000s remained largely uneventful.
Noticing that his career was going nowhere, he decided to venture into film writing and direction, something in which he was interested in since his college years. In the second half of the 2000s, he directed films such as ‘Dead Air,’ ‘3 Day Test,’ and ‘25 Hill.’ He also produced many movies, such as ‘Carpool Guy’ and ‘Donna on Demand.’
His TV career received some success with a supporting role in the soap opera ‘The Young and the Restless’ and the comedy–drama series titled ‘Psych.’ In ‘Psych,’ Corbin played appeared as ‘Henry Spencer,’ a regular character. He appeared in all seven seasons of the series.
Lately, Corbin has appeared in guest roles in series such as ‘American Gods’ and ‘Powerless.’ He has also appeared in films such as ‘The Russian Bride’ and ‘Alone We Fight.’
Family & Personal Life
Corbin Bernsen married Brenda Cooper in 1983. However, they got divorced in 1987. Corbin then married British actor Amanda Pays in 1988, and the couple has been together ever since. Corbin has four children with Amanda, namely, Oliver, Henry, Angus, and Finley.
Corbin has an obsession with collecting snowglobes. He has around 7,000 of them in his house.

See the events in life of Corbin Bernsen in Chronological Order