Advanced Search
Conor Woodman is an Irish director, TV presenter, public speaker, and author, best known as the host of the popular travel show ‘Scam City.’ Born in Galway, Ireland, Conor moved to London at the age of 8 and graduated from the ‘University of Manchester.’ Following his graduation, he worked as a financial analyst. Soon, he moved toward investigative journalism and traveled around the world, reporting many incidents of high-profile crimes, such as smuggling, organized crimes, and the illegal diamond trade. In 2009, Conor turned an author with his first book, ‘The Adventure Capitalist,’ which also became an inspiration for a TV show titled ‘Around the World in 80 Trades,’ which he himself presented. He wrote two more books based on his reports as an investigative journalist. He also hosted and presented TV shows such as ‘Scam City’ and ‘Hunting the Doorstep Conmen.’ In addition, he has produced and directed a documentary film titled ‘True Appaloosa.’ He also regularly appears on the radio shows ‘From Our Own Correspondent’ and ‘Costing the Earth.’ Irish People
Journalists
TV Presenters
Public Speakers
Radio Personalities
Childhood & Early Life
Conor TP Woodman was born on March 21, 1974, in Galway, Ireland, to Ciaran and Miriam Woodman. He was the first of the two children of his parents and grew up with his younger brother, Ciaran Woodman Jr.
Both of Conor’s parents were scholars. His father, Mirian, was a professor and a cancer epidemiologist. His mother, too, was a doctor. Being part of such as an academically illustrious family, Conor was also academically inclined. He consistently scored good grades in school.
His family shifted to Birmingham when Conor was 8 years old. Growing up in Birmingham, Conor attended ‘King Edward’s School’ and ‘King Edward VI Camp Hill School for Boys.’
Following his high-school graduation, Conor enrolled at the ‘University of Manchester’ and earned his bachelor’s degree in finance. Till then, he had not thought about being a TV personality or a filmmaker. However, his deep-seated interest in investigative journalism had him changing his career path within the first few years of being a financial analyst.
He was working in London and had accumulated a decent amount of fortune by his mid-20s. However, once he decided to follow the path of journalism, he sold his London apartment and spent his own money for the first few of his investigative tours.
Continue Reading Below
Recommended Lists:

Non-Fiction Writers
Newspaper Columnists
T V & Movie Producers
Irish Men
Career
Beginning his journeys in the mid-2000s, Conor traveled to many countries. In order to make money, he bought goods in one country and sold them in another, thus making considerable profit. He recorded all his experiences as an “international trader” in his first book, ‘The Adventure Capitalist,’ which was a success.
He published his second book, ‘Unfair Trade: The Truth Behind Big Business, Politics and Fair Trade,’ in 2011. It dealt with the lives of ordinary people living at the bottom of the supply chain in third-world countries.
In order to research for his second book, Conor lived in extreme conditions in poor countries across Africa, Asia, and Central America. He lived with fishermen and factory workers to understand their plight better. With the book, Conor exposed the ugly truth behind people who shape global economy. The book turned out to be a huge success and was long-listed for the prestigious ‘Orwell Prize,’ which honors the best political writers from around the world.
As he was busy with his TV and documentary film projects, he took some time before he came out with his third book. Titled ‘Sharks: Investigating the Criminal Heart of the Global City,’ the book was released in 2017, and dealt with the criminal underbellies in places such as Jerusalem, Mumbai, and Mexico City. He tried to uncover the reasons behind black economy being too complex to be understood.
Apart from writing his own books, Conor has written for many popular newspapers and magazines, such as ‘The Guardian,’ ‘Wanderlust,’ ‘Conde Nast,’ ‘TNT,’ and ‘Wexas Traveller.’
In 2009, he began his TV career with the ‘Channel 4’ travel series ‘Around the World in 80 Trades.’ The four-part miniseries featured Conor as he traveled around many countries, using the same model of trade that he mentioned in his book ‘The Adventure Capitalist.’
In 2012, Conor was offered to host a ‘National Geographic’ TV show titled ‘Scam City.’ The show featured him visiting some of the most popular tourism destinations around the world and exposing the dark side of the tourism industry. He hosted the series until 2014 and won many awards and accolades for his work. The series won nominations for the ‘Canadian Screen Award’ and the ‘UK Broadcast Digital Award.’
In 2013, he appeared as a presenter on a show titled ‘Hunting the Doorstep Conmen’ for ‘ITV.’ The show featured Conor exposing people who cheat vulnerable people and the elderly.
The same year, he appeared on ‘ITV,’ presenting a show titled ‘Exposure: Britain’s Booming Cannabis Business.’ As the title suggests, Conor traveled around the UK to expose the booming illegal business of cannabis.
Continue Reading Below
In 2015, he appeared in three episodes of ‘BBC1’s popular show ‘Watchdog.’ The show dealt with consumer affairs in Britain.
In 2017, Conor appeared as a host in an eight-part series titled ‘Hunting Nazi Treasure.’ The show premiered on ‘History Channel Canada’ and was a huge success.
Following his experience in investigative journalism and TV production, he directed his own feature documentary film, ‘True Appaloosa.’ The documentary followed a man named Scott Engstrom, a horse breeder and an expert in Appaloosa horses, traveling around Kyrgyzstan to locate an Appaloosa horse.
Scott used the income model that Conor used. The same model formed the basis of Conor’s book ‘The Adventure Capitalist.’ His goal was to prove that the North American Appaloosa horse had originated in Asia and not in Europe as historians claim.
In 2015, a 60-minute version of the documentary ‘True Appaloosa’ was released on ‘BBC’ and received immense critical acclaim. The documentary also premiered at the ‘Idaho Film Festival.’
Conor also made a fiction short film titled ‘Jester,’ which premiered at the 2015 ‘Sunscreen West Film Festival’ in Los Angeles.
Conor has also been associated with radio shows such as ‘Costing the Earth’ and ‘From Our Own Correspondent.’
He has worked as an actor in the road movie ‘Nefarious’ and the series ‘Dalziel and Pascoe.’
Recommended Lists:

Aries Actors
Aries Writers
Male Writers
Irish Actors
Family & Personal Life
Conor Woodman dated actor Phoebe Waller-Bridge and got married to her in 2014. However, in 2017, the couple publicly announced that they had filed for divorce.
Conor is also largely active on social media and has a huge fan following on many social-media platforms.
Recommended Lists:

See the events in life of Conor Woodman in Chronological Order 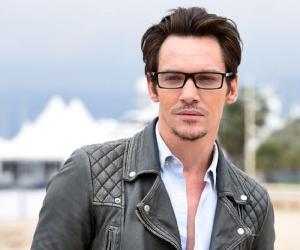 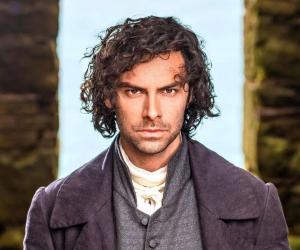 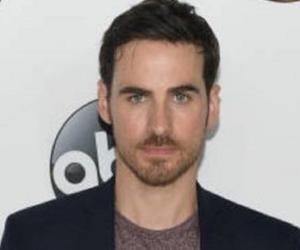