(Actress and Screenwriter Best Known as the Creator, Head Writer of the BBC Sitcom ‘Fleabag’)

Advanced Search
Phoebe Mary Waller-Bridge is an actress, producer, and writer from England. She is the creator and main lead of the BBC comedy-drama/tragicomedy show ‘Fleabag’. A native of London, Waller-Bridge hails from a family of landed gentry background from Cuckfield, Sussex. She studied at DLD College London before enrolling at Royal Academy of Dramatic Art. Her first acting job was in the play ‘Roaring Trade’ at Soho Theatre in 2009. That year, she also made her screen debut, in an episode of the BBC medical soap opera ‘Doctors’. Her first cinematic appearance came in 2011 in ‘Albert Nobbs’. In the ensuing years, she has delivered memorable performances in the films ‘The Iron Lady’, ‘Man Up’, and ‘Solo: A Star Wars Story’ and TV shows ‘The Café’, ‘Broadchurch’, and ‘Crashing’. Her writing and performance in ‘Fleabag’ have garnered her several accolades, including the British Academy Television Award for Best Female Comedy Performance. Waller-Bridge was also the showrunner on the first series of the critically-acclaimed BBC spy-thriller show ‘Killing Eve’. British People
Screenwriters
British Women
Royal Academy Of Dramatic Art
Cancer Writers
Career
At RADA, Phoebe Waller-Bridge appeared in the productions of plays like ‘The School for Scandal’, ‘A Dance of the Forests’, and ‘The Life of Timon of Athens’. In 2008, she portrayed Viola in Sprite Productions’ ‘Twelfth Night’. She debuted as a professional actress in Soho Theatre’s production of ‘Roaring Trade’ in 2009, portraying the role of Jess. In Almeida Theatre’s 2009 production of Patrick Hamilton’s 1929 play ‘Rope’, she was cast as Leila Arden.
Waller-Bridge is an accomplished playwright. In 2007, she set up DryWrite Theatre Company with director and playwright Vicky Jones. They co-produced a series of five short plays titled ‘Good. Clean. Fun’ at Soho Theatre. These plays went on to serve as inspirations for several characters in ‘Crashing’. In 2010, she starred as Ruth in the original production of Nina Raine’s play ‘Tribes’ at Royal Court Theatre. In 2011, she played the protagonist Sorel Bliss in Noël Coward’s 1924 play ‘Hay Fever’ at Noël Coward Theatre. More recently, she appeared in the 2014 Soho Theatre production of ‘The One’.
She appeared on the television for the first time in a 2009 episode of ‘Doctors’. That year, she also starred in the comedy short ‘The Reward’. She portrayed Viscountess Yarrell in Rodrigo Garcia’s 2011 romance drama ‘Albert Nobbs’, which also stars Glenn Close, Mia Wasikowska, and Aaron Taylor-Johnson. In ‘The Iron Lady’ (2011), she got the chance to share screen space with Meryl Streep, portraying Margaret Thatcher’s secretary, Susie.
Between 2011 and 2013, she played Chloe Astill in the Sky1 sitcom ‘The Café’. In 2014, she served as the writer for three episodes of the second season of the E4 sitcom ‘Drifters’. She was part of an ensemble cast in the second series (2015) of ITV crime-drama show ‘Broadchurch’. Her character, Abby Thompson, is a junior barrister and works under Sharon Bishop QC (Marianne Jean-Baptiste). Later that year, she appeared in the British-French romantic comedy ‘Man Up’.
In 2016, Waller-Bridge wrote, produced and starred in the Channel 4 comedy-drama series ‘Crashing’, which revolves around six 20-something individuals residing as property guardians in an abandoned hospital. Waller-Bridge played Louise "Lulu", Anthony’s (Damien Molony) childhood friend who comes to live in the hospital. The show, along with ‘Fleabag’, brought her a BAFTA nomination for Best Breakthrough Talent in 2017.
She served as the showrunner on the first series of ‘Killing Eve’, a BBC spy-thriller show starring Sandra Oh as the titular character Eve Polastri. This show garnered her an Emmy nomination in 2018.
‘Fleabag’ was originally Waller-Bridge’s one-woman play which premiered in 2013. It received widespread critical acclaim and won Waller-Bridge the Stage Award for Acting Excellence for Best Solo Performer (2013) and Critics' Circle Theatre Award for Most Promising Playwright (2014). It was nominated for a Laurence Olivier Award, a Drama Desk Award, and a Drama League Award. The success of the play eventually led to the television adaptation (2016-19). Like in the play, Waller-Bridge portrays the titular character, Fleabag, a young woman residing in London. For the show, she has won the BAFTA TV Award for Best Female Performance in a Comedy in 2017 and has been nominated for three Emmys in 2019.
Waller-Bridge lent her voice to droid L3-37 in the Star Wars film ‘Solo: A Star Wars Story’ (2018). She is currently co-creating an HBO show called ‘Run’ with Jones. She is one of the writers of the upcoming 25th James Bond film, ‘No Time to Die’.
Recommended Lists:

Women Writers
British Writers
Cancer Actresses
British Actresses
Continue Reading Below
Family & Personal Life
Born on July 14, 1985, in London, England, Phoebe Waller-Bridge is the middle child of Theresa Mary (née Clerke) and Michael Cyprian Waller-Bridge. Her father, an entrepreneur, set up the electronic trading platform Tradepoint, while her mother is employed at the Worshipful Company of Ironmongers. She was raised in Ealing, London alongside her older sister, Isobel, and younger brother, Jasper. At some point, her parents got divorced.
Waller-Bridge attended St Augustine's Priory, a Catholic independent school for girls, and later the independent sixth form college DLD College London in Marylebone, London. In 2006, she obtained a B.A. degree in acting from RADA.
In 2014, she married Irish presenter and documentary filmmaker Conor Woodman. By 2017, they parted ways and approached the court seeking a divorce, which was granted in 2018. She has been dating English-Irish playwright Martin McDonagh since early 2018.
Recommended Lists: 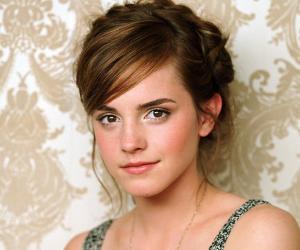