Colin Arthur O’Donoghue is an Irish actor and musician known for his television roles such as Captain Killian Hook Jones in ‘Once Upon a Time’, which made him an international celebrity. Colin started his acting career with theatre and appeared in several critically and commercially successful plays and also appeared in some television shows in the UK and Ireland. For the TV movie ‘Home for Christmas’, Colin received his very first major acting award when he was honoured with the ‘Best New Talent’ award at Irish Film TV awards. Offers started raining in and Colin became a part of some of the most popular Irish television shows of that time such as ‘The Fair City’ and ‘The Clinic’. Colin made a move to Hollywood in 2010 in order to further explore the possibilities of appearing in American movies and television and was soon seen alongside the living legend, Sir Anthony Hopkins in ‘The Rite’. His musical endeavours have also landed him a fair share of publicity; his Irish band ‘The Enemies’ is sort of a rage back in Ireland. Colin resides in Canada presently along with his wife.

Irish People
Irish Actors
Aquarius Actors
Actors Who Are In Their 40s
Irish Film & Theater Personalities
Childhood & Early Life
Colin O’Donoghue was born in County Louth, Ireland, on 26th January 1981, to Con and Mary O’Donoghue. He hails from an extremely religious Roman Catholic family and was raised amidst a very religious atmosphere in the house.
Colin did his early schooling from local schools and later got enrolled to an acting school to learn the nuances of performing arts. He finished two years of the programme in acting and during that time, became a part of several plays and did other acting stints to sustain. He also went to Paris for a brief period to learn French.
Music became his driving force through life and he admits that he was way more passionate towards music than acting as a kid. He and his brother, Allen, used to practice signing and playing guitar for hours together.
Continue Reading Below
You May Like

Who Is The Most Popular BTS Member?
Career
Upon graduating from the acting school, Colin embarked on an acting career professionally which mostly consisted of doing theatre, and Television shows later in Ireland. His acting prowess gained him enough recognition and considering the relatively small size of Irish entertainment industry, Colin quickly became popular and started appearing in Television movies.
Some of his key theatre performances include ‘Sky Road’, ‘Othello’ and ‘Outline Islands’. Although the theatre roles weren’t enough to sustain him financially, but Colin received experience and accolades through his performances, which eventually helped him grab auditions in several big TV shows and TV movies along with many short films.
Apart from his good looks, his acting prowess was accepted by the audiences widely and he appeared in a TV movie titled ‘Home for Christmas’, which turned out to be the life turing stint of his professional career. At the 1st Irish Film and Television Awards, Colin received the ‘Best New Talent’ award, which was a big deal and rightly so, it got him in touch with the talent managers in the neighbouring UK.
Meanwhile, back in Ireland, Colin Kept appearing in TV shows such as ‘Rebel’, ‘Love is the Drug’, ‘Proof’ and ‘Fair City’ and short films ‘Call Girl’ and ‘24/7’. In 2009, Colin grabbed one of the first big roles of his career with a television series ‘The Tudors’. The series, a historical fiction, was very popular in Europe and Colin portrayed the role of Duke Philip of Bavaria in the season 3 of the show.
In 2010, he finally decided to make a switch to Hollywood after his inability to get meaty roles back in his home country. Before leaving, he recorded the audition for some big Hollywood films and sent it across. He started auditioning for several roles in big and small films and eventually ended up grabbing the role of a priest in Anthony Hopkins starrer horror film ‘The Rite’ in 2011.
The film worked great for Colin and it didn’t take him much time after that to become a known face in Hollywood and several offers started pouring in. In 2012, Colin ended up playing Captain Hook, in ABC Network’s hit show ‘Once Upon a Time’ in the second season of the show. His role became so popular that a famous musician, Christina Perri, ended up writing a song about it. The show and Colin’s portrayal of the character became extensively popular and several more roles came up, making Colin choosy about the roles he wanted to do.
His next appearance on big screen happened in the form of a lead role in an independent film titled ‘The Dust Storm’, set in Tennessee and Colin played a musician called ‘Brennan’. His acting skills were widely praised across the film festivals the film was screened in. Apart from that, he was seen in ‘Storage 24’, a science fiction horror film where he played a key role.
Colin and his good friend, Ronan McQuillan, started the musical band ‘The Enemies’ in 2003. The band has not been signed by a major label yet, but they have released a few EP’s and a self funded music album up until now. Colin provided vocals and played guitar in the band’s first EP and album.
Although the band was yet to receive a measurable success in the music industry, they were popular and their popularity led General Motors to hire them for their campaign ‘Chevy Route 66’. The band later worked on an online campaign for Coca Cola. In 2014, the band released their very first album titled ‘Sounds Big on the Radio’. Although Colin had provided his vocals and guitar skills on the album, he left it in 2013, due to his busy schedule for ‘Once Upon a Time’.
Personal Life
Colin O’Donoghue married his long time girlfriend, Helen, a schoolteacher, in 2009, shortly after his appearance and success on ‘The Tudors’. Colin admitted that they had been dating since he was 18 years old. The couple has a son and a daughter. 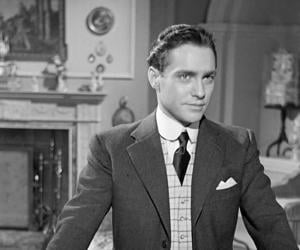