Conleth Hill is a Northern Irish stage and television actor popularly known for playing the character of ‘Lord Varys’ in the famous HBO drama series ‘Game of Thrones’. Hill has performed on stage for many productions in the United States as well as in the United Kingdom. His debut in the show business came in the late 1980s when he first appeared on television as ‘Second Pupil´, a character he played in the ‘Honourable Service’ episode of the series ‘Boon’. Though Hill has played several important roles in television, his career in the film industry has not been the same so far. He has, however, appeared in some films since his movie debut in 2009, playing a role in the film ‘Whatever Works’. His stage and television careers have earned him a lot of fan following and he was given a ‘Laurence Olivier Award for Best Actor’ in 2001 as well as two ‘Tony Award’ nominations for his work. 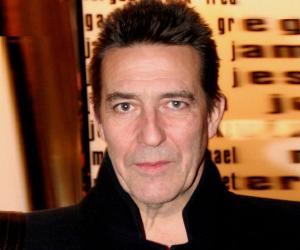 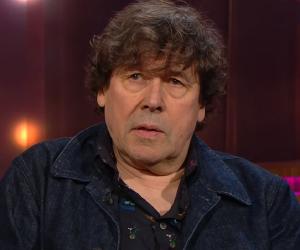 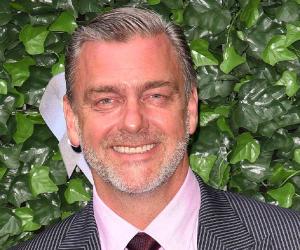 Ray Stevenson
Actors #2098
Film & Theater Personalities #4478
Continue Reading Below
DID WE MISS SOMEONE?
CLICK HERE AND TELL US
WE'LL MAKE SURE
THEY'RE HERE A.S.A.P
Quick Facts

Northern Irish People
Actors Who Are In Their 50s
Northern Irish Actors
Northern Irish Film & Theater Personalities
Sagittarius Men
Career
Conleth Hill’s debut Broadway performance was in the Canadian production of the play ‘Stones in His Pockets’, a Marie Jones production, for which he won a ‘Dora Mavor Moore’ award. Following this, he went on to perform in various television shows. He first appeared in the series ‘Boon’ in 1988 and then in the same year he appeared in ‘Casualty’.
After playing small roles in a couple of productions, Hill appeared in ‘Blue Heaven’ as ‘Roache’. He played this character in seven episodes between 1992 and 1994. In 2002, he played the role of German professor ‘Max Staefel’ in the television adaptation of ‘Goodbye Mr. Chips’. In 2007, he appeared in six episodes as ‘Jared’ on the show ‘The Life and Times of Vivienne Vyle’.
His biggest break on television came in 2011 when he was picked for the role of ‘Lord Varys’, a very mysterious and intimidating character, in the HBO television drama series ‘Game of Thrones’, based on the novel series ‘A Song of Ice and Fire’ by George R. R. Martin. In the very first season, his performance drew much attention and the popularity of the show also helped him gain a larger fan base among the audience.
He reprised his role in the subsequent seasons of the show and his character grew stronger and stranger as the show progressed. In the coming seasons of the show, Hill’s character of ‘Lord Varys’ appeared to be gaining more significance in way the twists and turns were developing in the storyline. As the series is closing towards an end, his character can be seen playing even more crucial roles.
Simultaneously with appearing in ‘Game of Thrones’ between 2011 and 2017, he also played some important roles in other television shows like ‘Edward Darby’ in ‘Suits’, ‘Sergeant Upton’ in ‘Arthur & George’, and ‘Elsie’ in ‘Peter Kay's Car Share’.
Hill’s film career has not been as glorious as his television or stage career, although he has appeared in quite a few films like ‘Perrier's Bounty’, ‘Salmon Fishing in the Yemen’, ‘The Shore’ and ‘A Patch of Fog’ after he made his debut in ‘Whatever Works´ as ‘Brockman.’
You May Like

The Sexiest Men Of 2020, Ranked
Continue Reading Below
Personal Life
Conleth Seamus Eoin Croiston Hill was born in Ballycastle, County Antrim, Northern Ireland, on November 24, 1964. He has three siblings, all of whom are involved in the show business. His elder brother is a cameraman, his sister is a producer, and his younger brother, a sound engineer—who is also a member of the infamous ‘Game of Thrones’ crew—won three ‘Emmy Awards’ for his sound mixing on the show. Hill went to ‘St MacNissi's College’ from where he graduated. Later he enrolled in the ‘Guildhall School of Music and Drama’ for their acting program, graduating in 1988.
Hill has always maintained a very private life and is not married as of 2017. He has also expressed his unwillingness to join the social media, something in his own words he ‘has never been into, and never will be’.
You May Like