Cleopatra "Cleo" Demetriou is a Cyprus-born teenage actress and singer best recognised for essaying the titular role of Matilda in London's West End stage musical ‘Matilda the Musical.’ She made her first on-screen appearance in ‘What's Your News?,’ a children's television program, at around six years of age. The year that followed saw her making her on-stage professional debut with the musical ‘The Sound of Music.’ She then went on to perform in other West End productions namely ‘ENRON’ and ‘Les Miserables’ before gaining fame for playing the main role of Matilda in ‘Matilda the Musical.’ Her remarkable performance in the titular character fetched her Laurence Olivier Award and WhatsOnStage.com Award in the category of Best Actress in a Musical that she shared along with Eleanor Worthington Cox, Sophia Kiely and Kerry Ingram who also played the role on rotation. Apart from stage, Cleo has also forayed into television where she stars as Lily Hampton in the CBBC aired sitcom series ‘So Awkward.’ Her other television appearances includes in the ITV2 aired British comedy program ‘Katy Brand's Big Ass Show’; in the CBBC aired British game show on science ‘Ultimate Brain’; and in the CBBC aired British children's quiz show ‘Top Class.’ 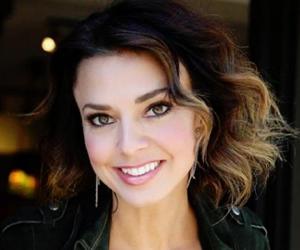 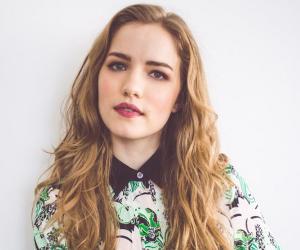 Valerie Harper
Actresses #6877
Film & Theater Personalities #17778
DID WE MISS SOMEONE?
CLICK HERE AND TELL US
WE'LL MAKE SURE
THEY'RE HERE A.S.A.P
Quick Facts

Actresses Who Are In Their 20s
Women Film & Theater Personalities
Taurus Women
Childhood & Early Life
She was born on April 23, 2001, in Limassol, in the island country of Cyprus. She lived there for a while before relocating to England. There is not much information available on her parents and family.
Earlier she used to live in south-west London’s Putney district where she attended a Grade II listed school called Brandlehow Primary School located in Brandlehow Road, Putney. At present she is studying at the comprehensive secondary school called Chailey Secondary School situated in the village of South Chailey, Chailey.
Continue Reading Below
You May Like

The Hottest Male Celebrities With The Best Abs
Career
Cleo started her journey in the world of glamour and entertainment as a child artist. Her first appearance on-screen happened in 2007 as a child interviewer in a preschool television series for children titled ‘What's Your News?’ that focuses on children's news.
She then went on to make her stage debut essaying the role of Gretl von Trapp in the musical ‘The Sound of Music.’ The musical was staged in 2008 at Grade II
West End theatre, the London Palladium, which is situated on Argyll Street in the City of Westminster.
Her next stage appearance was as Daughter in the 2009 play ‘ENRON’ by British playwright Lucy Prebble. The play that is based on the Enron scandal premiered at the Chichester Festival Theatre and featured Cleo in its Royal Court Theatre production that was staged from September 17, 2009 to November 7, 2009. That year she also featured as an American Girl in the ITV2 aired British comedy program ‘Katy Brand's Big Ass Show’.
Moving on she played one of the major and sensitive roles of Young Cosette, the illegitimate daughter of Fantine and Tholomyès, in the sung-through musical ‘Les Misérables.’ It is based on French poet and novelist Victor Hugo’s famous novel bearing same title. The musical was staged in 2011 at the ‘Queen's Theatre' one of the West End theatres that is situated in Shaftesbury Avenue in the City of Westminster, London.
Cleo then went on to prove her acting mettle playing the titular role of Matilda Wormwood in the stage musical ‘Matilda the Musical’ that is based on Roald Dahl’s 1988 children's novel bearing same title. She essayed the role on rotation along with Kerry Ingram, Sophia Kiely and Eleanor Worthington Cox in the West End production of the play that was staged at the Cambridge Theatre in the London Borough of Camden from October 28, 2011 to August 18, 2012.
She won the Best Actress in a Musical award at the 2011 WhatsOnStage.com Awards event along with the three other Matildas. All the four Matildas including Cleo performed ‘Naughty’ at the 2012 Laurence Olivier Awards where they also went on to collectively win the Best Actress in a Musical award for the role.
Apart from proving herself in the field of acting, Cleo has also forayed into singing and lent her voice in the soundtrack ‘Made of Paper’ for the 25 minute short family fantasy film ‘Mache Man’ (2013).
She then furthered her fame by portraying the starring role of Lily Hampton in the CBBC aired sitcom series ‘So Awkward.’ She plays one of the three 13 years old socially awkward girls in the series, the other two being played by Ameerah Falzon-Ojo and Sophia Dall'aglio.
‘So Awkward’ has already completed 39 episodes that were featured in three thirteen-episode series. The first series was aired from May 21, 2015 to August 6, 2015; the second from August 25, 2016 to November 17, 2016; and the third from August 31, 2017 to November 23, 2017. The fourth series of the sitcom is coming soon.
Meanwhile in 2015, she featured as a contestant in a single episode of the CBBC aired British game show on science titled ‘Ultimate Brain.’ She also took part as a contestant in a celebrity special episode of the CBBC aired British children's quiz show ‘Top Class’ in 2017.
Personal Life
Cleo lives in London, England. It seems that this beautiful and sweet teenager is in no mood to divulge about her personal life as there is hardly any information available on either her romantic association or dating status.
You May Like

See the events in life of Cleo Demetriou in Chronological Order 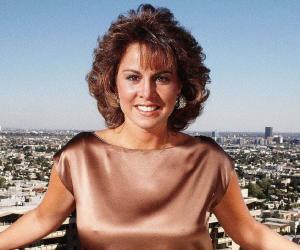 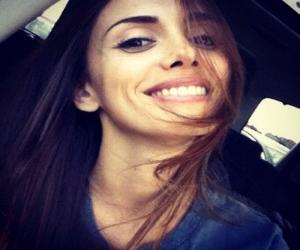