Lloyd Banks is a rapper who performs with the East Coast hip hop group G-Unit which also has the rappers 50 Cent and Tony Yayo in the line-up. G-Unit gave the music world hit albums like ‘Beg for Mercy’ and ‘T.O.S (Terminate on Sight) which prompted Banks to try out his luck as a solo performer. His debut solo album ‘The Hunger for More’ was a bit hit and spawned the popular single ‘On Fire’. With his musical successes, the rapper has come a long way from the difficult childhood experiences he endured. He was raised by a single mother as his father was in prison and he grew up amidst a violent neighbourhood. Rapping and music were the only means of escapism for the young boy and his childhood friends 50 Cent and Tony Yayo. They soon converted this passion into a profession. Born as Christopher Charles Lloyd, he adopted the name Lloyd Banks and started creating mix-tapes which made him a sort of local celebrity. Together with 50 Cent and Tony Yayo, Banks formed the Hip Hop group G-Unit which broke into the music industry with their explosive hit album ‘Beg for Mercy’. Known for his style quotient, excessive jewelry and raw sex appeal, Banks is one of the most loved rappers of the contemporary times.
Continue Reading Below 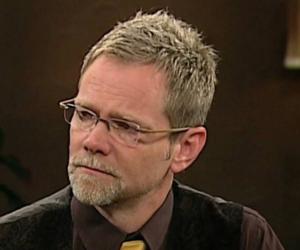 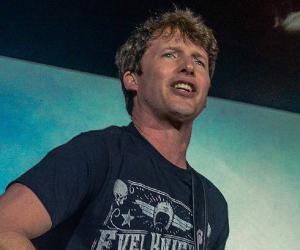 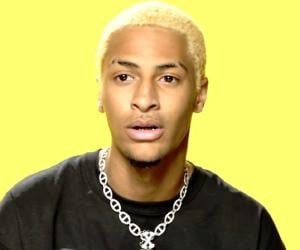 American People
Tall Celebrities
Tall Male Celebrities
Male Musicians
Taurus Musicians
Childhood & Early Life
He was born to a Puerto Rican mother, Rosa Lloyd and an African American father. His father was mostly in prison while young Lloyd grew up and he was primarily raised by his mother.
He attended August Martin High School for some time but dropped out at the age of 16.
He grew up in the same neighbourhood as did 50 Cent and Tony Yayo, and the three boys became close friends. Their neighbourhood was marked by street violence and the boys sought solace in music and rapping.
Continue Reading Below
You May Like

The Sexiest Men Of 2020, Ranked
Career
As a youngster Lloyd started making mixtapes which made him popular in his locality. His neighbourhood producers appreciated his talents and he planned to start his own group. His friends 50 Cent and Tony Yayo were also promising rappers and the trio started their own hip hop group G-Unit.
The group released several mixtapes series. Their first official mixtape was ’50 Cent Is the Future’ which was out in 2002. This was followed by the mixtapes ‘God’s Plan’, ‘No Mercy’, and ‘Automatic Gunfire’.
G-Unit planned to record an album, but Tony Yayo was sentenced to prison for gun-possession before they could record it. During Yayo’s prison sentence the group signed the rapper Young Buck.
The group’s debut album ‘Beg for Mercy’ was released in November 2003. The album was a big hit which featured the tracks ‘Wanna Get to Know You’, and ‘My Buddy’.
Banks embarked on a solo career and brought out his album ‘The Hunger for More’ in 2004. It also featured his band mates from G-Unit. The album had the singles ‘On Fire’ and ‘Karma’, the former of which was a top ten hit single. ‘On Fire’ was also nominated for a Grammy award for Best Rap Solo Performance.
His second album, ‘Rotten Apple’ was released in 2006. The album’s name is a play on New York City’s nickname. The album received mixed reviews though it was loved by his listeners. It had the tracks ‘Hands Up’, ‘The Cake’ and ‘Survival’ and debuted at No.3 on the U.S. Billboard 200.
G-Unit released their second album, ‘T.O.S: Terminate on Sight’ in 2008, after a gap of five years after the release of their first album. It featured the tracks ‘Casualities of War’, ‘Close to me’, and ‘You So Tough’. The album debuted at No.4 on the Billboard 200.
He released a mixtape on his 27th birthday—30th April 2009. He dissed Rick Ross in the track ‘Officer Down’. The same year he also released a mixtape called ‘V5’.
In 2010, he appeared as himself in the comedy film, ‘Morning Glory’ which had Rachel McAdams and Harrison Ford in the leading roles. The other members of G-Unit like 50 Cent and Yayo also made a brief appearance in the film.
Banks released his third album, the sequel to his highly popular debut album ‘The Hunger for More’ which was titled ‘H.F.M. 2 (The Hunger for More 2)’ in 2010. This album however was not as successful as its prequel.
Major Works
His debut album ‘The Hunger for More’ debuted at No.1 on the U.S. Billboard 200. The album was positively reviewed and accredited multi-platinum in the U.S. and platinum in Canada.
Awards & Achievements
He won the Mixtape artist of the Year at the Mixtape Awards in 2004.
He was awarded the BET Award for Best Collaboration for the video ‘Touch It [Remix]’ in 2006 which he shared with Busta Rhymes, Mary J. Blige, Rah Digga and DMX.
Personal Life & Legacy
He is not married and claims that he does not have a girlfriend.
Trivia
The voice and likeness of this rapper was featured on the video game 50 Cent: Bulletproof.
You May Like

See the events in life of Lloyd Banks in Chronological Order