Ching Shih was a notorious and powerful female pirate lord, known as the ‘Terror of South China,’ during the peak of her piracy career. She rose to notoriety as a young prostitute who had sharp intelligence and business acumen, in her home city of Guangzhou, Guangdong province in South China. She caught the eye of notorious pirate Cheng I (Zheng Yi) whom she married in exchange for a promise to cede to her the control of half of his pirate fleet and business. She suffered a series of defeats at the hands of the Portuguese Navy and was ultimately granted pardon by the Qing imperial government and allowed to keep the wealth gained from piracy to retire in peace. 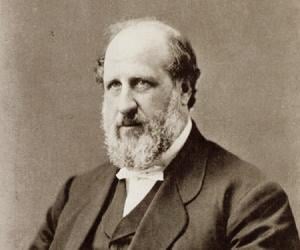 William M. Tweed
Criminals #178
DID WE MISS SOMEONE?
CLICK HERE AND TELL US
WE'LL MAKE SURE
THEY'RE HERE A.S.A.P
Quick Facts

Chinese People
Female Criminals
Chinese Criminals
Virgo Women
Childhood & Early Life
She was born in 1775 in the Guangdong province of China in the period of the Qing dynasty. Her birth name was Shi Yang. Some other accounts list her birth name as Shil Xiang Gu or Shil Gang Xu.
She was a prostitute in a floating brothel in the city of Canton (Guangzhou) in China. Her nickname as a prostitute was Shi Xianggu. She became famous in the region for her intelligence, business acumen, capacity for intrigues, and trading in confidential information.
In 1801, at the age of twenty-six, she married notorious pirate lord Cheng I (also known as Zheng Yi), who belonged to a powerful pirate family that was in the business of piracy for many generations. It is said that Zheng Yi noticed Ching Shih’s beauty and was infatuated with her, subsequently proposing to her for marriage. Other accounts say that Zheng Yi was impressed by the intelligence and business acumen of Ching Shih and wanted to marry her to have a companion to run his vast piracy empire.
She agreed to Zheng Yi’s marriage proposal under the condition that she would have half of the control and share over her husband’s piracy business. At the time of their marriage, Zheng Yi had about two hundred pirate ships and was one of the major pirates of the region.
Due to Zheng Yi’s tact and military acumen, other pirate lords of the Guangdong province formed an alliance with him which became a major pirate force by 1804. Zheng Yi’s pirate force was known as the ‘Red Flag Fleet’. On 16th November, 1807, Zheng Yi died in Vietnam at the age of thirty-nine years (according to some accounts he was aged forty-two at the time of his death).
Continue Reading Below
You May Like

The Sexiest Men Of 2020, Ranked
Career
After her husband’s death, Ching Shih rapidly manoeuvred herself at the helm of her husband’s pirate force and became its undisputed head. She formed an alliance with her husband’s step son Cheung Po Tsai with whom she quickly developed an intimate relationship
She then sought the support of the most powerful members of her late husband’s family. Her husband’s powerful nephews Ching Pao-yang and Ching Ch’i became her allies which helped her in gaining the full loyalty of her husband’s family.
She then took steps to gain the loyalty of the coalition of pirates formed by her late husband. She gained the trust of the fleet captains most loyal to her husband and also expanded her influence on other captains as well.
She made her lover and her late husband’s second-in-command, Cheung Po Tsai, as the official captain of the Red Flag Fleet. Although he was officially the captain, Cheung Po Tsai remained loyal to her and therefore the overall control of the Red Flag Fleet was in her hands.
She began her piracy career as the head of the largest pirate fleet of her times. Her fleet consisted of approximately eighteen hundred ships of varying sizes and about eighty thousand men.
As leader of the Red Flag Fleet, Ching Shih laid down a strict code of laws for her men in order to maintain unity and discipline in the fleet. The code was strictly enforced.
Anyone giving their own orders contrary to those given by a superior or, disobeying orders that came from a superior, was beheaded on the spot. A common collective fund was created for the use of the loot by all members of the Red Flag Fleet.
After a piracy expedition, the loot was put up for group inspection. Then it was registered and accounted for by a purser and then distributed by the fleet leader. The ship that brought a particular lot of loot was paid twenty percent of the amount and the rest eighty percent went into the common fund.
Anybody withholding booty for the first time was whipped and afterwards was beheaded. In case of withholding large amount, even first-time offenders could be beheaded. Deserters had their ears chopped off. No member of the pirate fleet was allowed to steal from the common fund or rob the villages that supplied the fleet.
Continue Reading Below
If women were captured during a raid, the ones deemed unattractive were released unharmed and those deemed attractive were ransomed. Pirates raping women were beheaded, and if there was consensual sexual intercourse then the pirate was beheaded and the woman was thrown overboard with cannon balls tied to her legs. Any pirate wishing to take a captive woman as his wife could do so under the condition that he would have to be faithful to her all his life.
Within a short period of time the Red Flag Fleet under the command of Ching Shih established its dominance over the South China Sea. Her hegemony was established in many coastal areas of South China and in many places, she imposed levies and taxes as well. She attacked many towns and villages in order to rob them and in one village by the name of Sanshan, her fleet is reported to have beheaded over eighty men and sold their wives and children to slavery.
In 1808, the Qing dynasty government of China launched a naval expedition against the Red Flag Fleet, but it was defeated. The Qing imperial government reportedly had only boats left for its naval use after this expedition as all their ships were captured by her.
From September 1809 to January 1810, the Red Flag Fleet suffered a series of defeats at the hands of the Portuguese navy flotilla stationed at the island of Macau. This series of battles is collectively known in Chinese history as the ‘Battle of the Tiger’s Mouth’. This made the fleet weak and it became impossible for Ching Shih to continue in the business of piracy.
Following her defeat in the Battle of the Tiger’s mouth, in the same year, she accepted an amnesty offer by the Qing imperial government that enabled her and Cheung Po Tsai to surrender and retain the wealth earned from piracy. Her army of pirates was also pardoned and most of them had to just surrender their weapons in exchange for their freedom.
Ching Shih and Cheung Po Tsai asked the governor of Guangdong, Zhang Bailing, to dissolve their relationship of mother and son and to allow them to marry. They were allowed to do so and governor Bailing himself was witness in their marriage ceremony.
She had a son with Cheung Po Tsai in 1813 followed by a daughter. In 1822, when Cheung Po Tsai died, she moved to her home city of Guangzhou and opened a gambling house and a brothel. She died in bed surrounded by her family in 1844, at the age of sixty-nine.
Personal Life & Legacy
Ching Shih was a powerful woman at a time when women in positions of power were a rarity. Especially in the world of crime in Asia, it was impossible for a woman to rise to the top given the various social and religious restrictions on women. Hence, Ching Shih can be said to be a pioneer of her times, though in a negative way, as an outlaw and a ruthless pirate queen who had no hesitation at all in indulging in torture and murder to achieve her ambitions.
Trivia
The name Ching Shih means ‘widow of Cheng’. Her descendants are said to be still living in and around Macau and involved in the casino business. In Disney’s ‘Pirates of the Caribbean’ franchise, she is the inspiration behind the character ‘Mistress Ching’, who is one of the nine pirate lords.
You May Like

See the events in life of Ching Shih in Chronological Order