(One of the Famous Female Pirates of 18th Century)

Advanced Search
Mary Read was a legendary English pirate of the early 18th century, which is regarded as the zenith of the ''British Golden Age of Piracy." She was born to a widow who disguised her as her dead half-brother to receive financial support. Read, who grew up dressing up as a male and adopted the name “Mark Read,” later joined the British military. There, she met her future husband and, for the first time, revealed her real gender. After her husband died, she headed toward the Caribbean and joined a group of pirates. Read and her crewmate and good friend Anne Bonny eventually became two of the most-feared female pirates in history. Her short life as a pirate was indeed glorious, with many victorious campaigns. Read was convicted of piracy and was sentenced to death, which got postponed due to her pregnancy. She, however, died in prison, and it is believed that she had not delivered her child by then. Christopher Sca...
DID WE MISS SOMEONE?
CLICK HERE AND TELL US
WE'LL MAKE SURE
THEY'RE HERE A.S.A.P
Quick Facts

See the events in life of Mary Read in Chronological Order 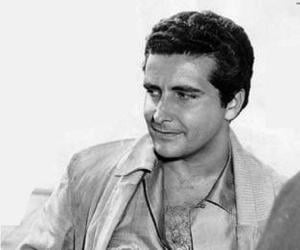