(Ivorian Professional Football Player Who Played as a Defensive Midfielder)

Advanced Search
Cheick Ismaël Tioté was a footballer from the Ivory Coast. In his 12-year-long senior career, he played for clubs like Twente, Newcastle United, and Beijing Enterprises. The defensive midfielder also played for the Ivorian national team from 2009 to 2015. A native of Yamoussoukro, Tioté began playing football when he was ten years old, participating barefoot in street games. In 1998, he joined FC Bibo, where he spent the next seven years. In 2005, he was spotted by a scout representing the Belgian club Anderlecht and subsequently entered into a three-year contract with them. In 2008, after being loaned to Roda JC, he became a member of the roster of the Dutch club FC Twente. In his second season there, he was part of their Eredivisie-winning squad. In 2010, he signed a £3.5 million contract with the English Premier League team Newcastle United. He played 156 games in the six-and-a-half seasons he spent there. In 2017, he began playing for Beijing Enterprises of the China League One. In June that year, he passed away after suffering a cardiac arrest during a training session. He was only 30 years old at the time. Andrey Arshavin
DID WE MISS SOMEONE?
CLICK HERE AND TELL US
WE'LL MAKE SURE
THEY'RE HERE A.S.A.P
Quick Facts

Black Football Players
Male Sportspersons
Gemini Football Players
Gemini Men
Childhood & Early Life
Cheick Ismaël Tioté was born on June 21, 1986, in Yamoussoukro, Ivory Coast. At the age of ten, he started playing football barefoot in the streets. He did not have a pair of shoes until he was 15 years old.
He spoke about his upbringing during an interview with the ‘Newcastle Evening Chronicle.’ He grew up along with nine full siblings. A polygamist, his father had seven other wives besides Tioté’s mother and more than 50 children.
Continue Reading Below
Club Level
Cheick Tioté quit school when he was quite young, as football always was “the biggest thing” for him. In 1998, he joined the Ivorian semi-professional club FC Bibo. He was there for the following seven years before he entered into a three-year contract with Belgian club Anderlecht.
In his initial months at Anderlecht, Tioté was designated to the team’s reserve. His first match for the club in the Belgian Cup did not go well. He could not score from a penalty, and Anderlecht ended up losing up the match. A month later, he played his first UEFA Champions League match. He had his league debut on March 18, 2006.
In the 2007-08 season, he was sent on loan to the Netherlands to play for Roda JC. He played 26 matches for the team, scoring two goals. On June 12, 2008, Tioté signed to the Eredivisie side Twente, for whom he appeared in 58 matches over the course of three seasons, scoring one goal.
In the 2009-10 season, he played a pivotal role in Twente’s first-ever Eredivisie win. He also appeared in the Europa League and Champions League matches.
During his tenure at Twente, Tioté established himself as a determined and resilient midfielder with prodigious passing abilities. In 2010, he came to England to play for Newcastle United, a major club in the EPL. Tioté played six EPL seasons for them, appearing in 139 matches and scoring one goal.
In his last EPL season (2015-16), Newcastle was relegated to the English Football League Championship. In the 2016-17 Championship season, he played one match before moving to Beijing Enterprises in February 2017.
For Beijing Enterprises, a China League One team, he played 11 matches and did not score a goal. His last match was against Baoding Yingli Yitong on June 3, 2017. Beijing Enterprises won the contest 4-2.
International Level
On March 23, 2009, Cheick Tioté was selected for the Ivorian national team. He began his international career on 12 August in a friendly match against Tunisia.
He was part of the Ivory Coast’s 2010 FIFA World Cup in South Africa. Although his team did not manage to proceed to the second round, his performance in the tournament drew the attention of several European clubs.
Tioté was part of the Ivory Coast’s silver-medal-winning squad at the 2012 Africa Cup of Nations. In the 2014 FIFA World Cup in Brazil, he played all three matches in the group stage.
Family & Personal Life
A devout Muslim, Cheick Tioté fasted during the Islamic month of Ramadan. Like his father, he was a polygamist and married twice. He exchanged wedding vows with his first wife Madah before he came to Newcastle. The couple resided in the village of Ponteland in Northumberland during his tenure at the Newcastle United. They had two children together, and at the time of his death, they were expecting another one.
In 2014, Tioté tied the knot with Laeticia Doukrou in a traditional ceremony in his native Ivory Coast. After his second marriage, he split from his mistress, with whom he had a child.
In February 2014, he and designer Yusuf Abubakar established a men’s fashion line, TIC.
Death & Legacy
On June 5, 2017, Tioté had a cardiac arrest during training in Beijing, China, and passed away. His memorial service was organised on 13 June in Beijing. Two days later, his body was sent back to Ivory Coast for a private funeral.
There was a disagreement between his family and the Ivory Coast Football Federation over his burial site. On 18 June 2017, he was granted a military funeral in Abidjan, with his national teammates and politicians, including Prime Minister Amadou Gon Coulibaly, in attendance.

See the events in life of Cheick Tioté in Chronological Order 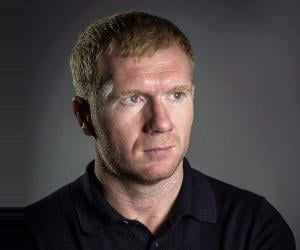 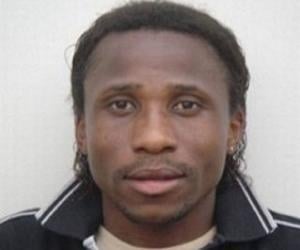