Advanced Search
Chad Michael Murray is an American actor, writer, spokesperson, and former fashion model. He was still in his teens when he started modeling. He then began to focus on his acting career. He started on television, doing minor guest roles in series, such as ‘Diagnosis: Murder’ and ‘CSI: Crime Scene Investigation.’ The actor was cast as ‘Tristan DuGray’ in the first two seasons of the comedy series ‘Gilmore Girls.’ Soon after, he was cast as ‘Lucas Scott,’ a reserved teenager, in the series ‘One Tree Hill’; he worked in the series for six seasons. He could relate well with ‘Lucas Scott’ as he suffered abandonment by his mother while he was young, just like the character. He also had important roles in a series of commercially successful feature films, such as ‘Freaky Friday,’ 'A Cinderella Story,' and ‘House of Wax.’ He received many ‘Teen Choice Awards’ and nominations for ‘One Tree Hill,’ 'A Cinderella Story,' and ‘House of Wax.’ He went on to create a niche for himself by playing teenage roles. He then started playing adult roles in films like ‘Camp Cold Brook’ and ‘Survive the Night.’ American People
Models
American Men
New Yorkers Actors
Tall Celebrities
Childhood & Early Life
Chad Michael Murray was born on August 24, 1981, in Buffalo, New York, USA. He was raised by his father Rex Murray, an air traffic controller. His mother abandoned him when he was very young. He has three brothers, a half-brother, and a sister.
He went to ‘Clarence High School,’ New York. He loved playing football and reading literature. At 18, he broke his nose in a quarrel at a ‘Burger King’ outlet and had to get it fixed. 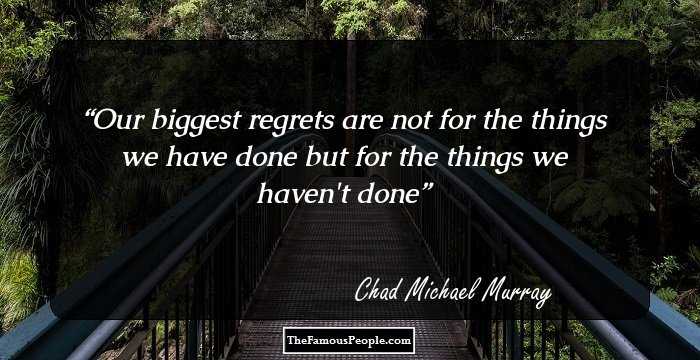 Continue Reading Below
Career
Chad Michael Murray moved to Hollywood in 1999, and began working as a model for ‘Tommy Hilfiger,’ ‘Gucci,’ and ‘Skechers.’ He guest-starred in series like ‘Diagnosis: Murder’ and ‘CSI: Crime Scene Investigation.’
He was cast in the WB series ‘Gilmore Girls’ in 2000. He landed the main role of ‘Tristan DuGray.’ From the second season onwards, his role became recurring.
He had a supporting role in the 2003 film ‘Freaky Friday’ which starred Jamie Lee Curtis and Lindsay Lohan. The film was a box office hit, making $160.8 million worldwide.
He starred in the title role in WB’s TV movie ‘The Lone Ranger’ in 2003. The film revolves around the life of Luke Hartman before he becomes the legendary Lone Ranger.
In 2004, he starred in the romantic comedy film ‘A Cinderella Story’ with Hilary Duff and Jennifer Coolidge. It did well commercially and has a cult following. However, the film was panned by the critics.
In 2010, he featured in singer Alicia Keys' music video for the song ‘Un-Thinkable (I'm Ready)’ where he appeared as her love interest. The video won the ‘Outstanding Music Video’ at the 42nd ‘NAACP Awards.’
In ‘Christmas Cupid,’ a 2010 television film, he starred with Christina Milian and Ashley Benson. Directed by Gil Junger, it was aired as part of ABC’s ‘25 Days of Christmas’ programming block.
In 2013, he appeared in ‘Fruitvale Station,’ a film narrating the last day of Oscar Grant. He appeared as one of the police officers who shot Grant dead at a BART station.
The actor had a major role as ‘Cameron Buck Williams’ in the film ‘Left Behind’ which released in October 2014. The film was panned by the critics.
Continue Reading Below
He then had lead roles in movies like ‘To Write Love on Her Arms’ (2012), ‘Outlaws and Angels’ (2016), and ‘Camp Cold Brook’ (2018).
In the meantime, the actor was part of the main cast of many TV series, such as ‘Chosen’ (2013-14), ‘Agent Carter’ (2015-16), ‘Sun Records’ (2017). He also had a recurring role in ‘Star’ (2018-19).
In 2019, he was seen in TV movies, ‘Write Before Christmas’ and ‘Max Winslow and the House of Secrets.’ He also had a recurring role in the CW show ‘Riverdale.’ In 2020, he played ‘Brett Hollister’ in a made-for-television romance film titled ‘Love in Winterland.’ 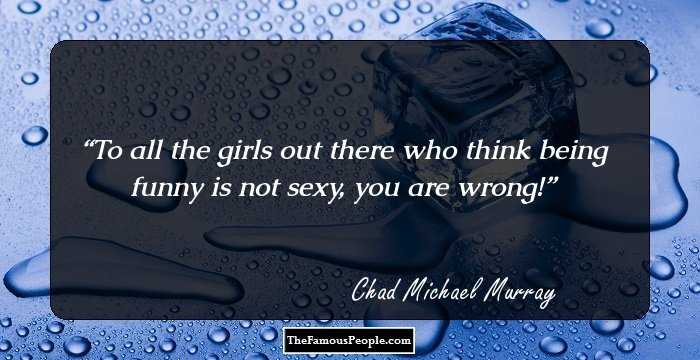 Quotes: Think
Major Works
Chad Michael Murray played ‘Lucas Scott,’ the chief protagonist, in the WB TV series ‘One Tree Hill’ in 2003. The series became very popular and 4.50 million people were glued to its first season finale.
His main role as ‘Nick Jones’ in the 2005 horror film ‘House of Wax’ won him accolades. The film did well commercially, earning $70.1 million worldwide.
Awards
In 2004, Murray won the Teen Choice Awards’ ‘Breakout Movie Star (Male)’ for the film 'A Cinderella Story.' He also won the ‘Choice Breakout TV Star (Male)’ for ‘One Tree Hill.’
In 2005, he was nominated under various categories for his roles in ‘House of Wax,’ 'A Cinderella Story,' and ‘One Tree Hill.’ He won the Teen Choice Awards’ ‘Choice Movie Actor Award’ for ‘House of Wax.’
In 2008, he won the Teen Choice Awards’ ‘Choice TV Actor: Drama’ for the series ‘One Tree Hill.’ The awards given annually, based on the votes of teenage viewers, are aired on Fox Network. 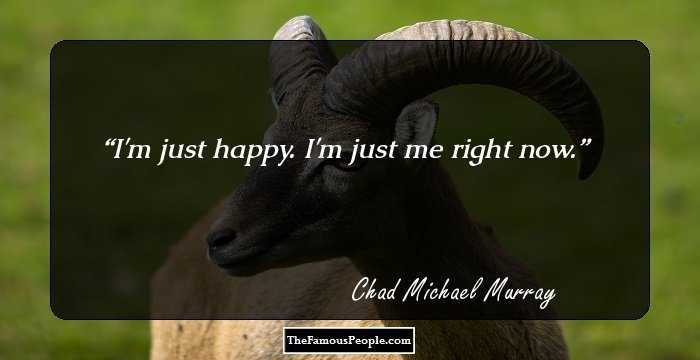 Quotes: Me
Personal Life & Legacy
Murray married his ‘One Tree Hill’ co-star Sophia Bush in 2005, but the couple divorced a year later. He was engaged to Kenzie Dalton for seven years and called off the engagement in 2013.
In 2015, he got married to his ‘Chosen’ co-star Sarah Roemer and together they have two children, a son born in May 2015 and a daughter born in March 2017.
Trivia
This actor’s favorite fashion accessory is a hemp necklace given by his father. He is a big fan of the ‘Buffalo Bills’ and loves J.D. Salinger’s classic book ‘Catcher in the Rye.’
According to this actor, the main problem faced by American kids is drugs. He says, “I always want kids to be allowed to have a chance or a shot in life.